Michael Pena Shirtless Hot Guy in LAPD Uniform. Oh Michael Pena, you should have more shirtless photos. And don’t wait for Jake Gyllenhaal’s presence before you take your shirt off unless you want us to make some Brokeback joke in which case you should go ahead and chuck off your trousers too. Haha. 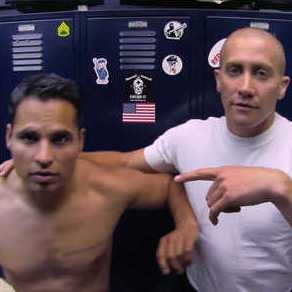 All together now fellow Famewatchers, “Michael Pena and Jake Gyllenhaal sitting on a tree!” 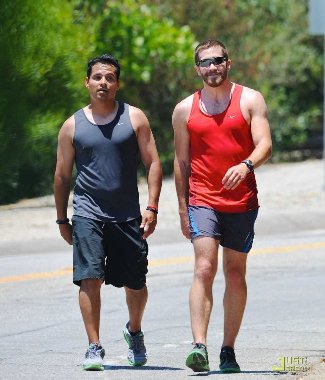 Hah. They even wear matching shoes and matching Nike tank top shirts. How “couply” is that? Now, now before you go on wagging your tongue about Jake and Michael, we’d like to tell you that the two may be looking “couply” (or whatever the word is for two people who look like they’re a couple or in a relationship) but its only because they are cop buddies in the critically acclaimed movie, End of Watch. Check them out in their LAPD police uniforms. 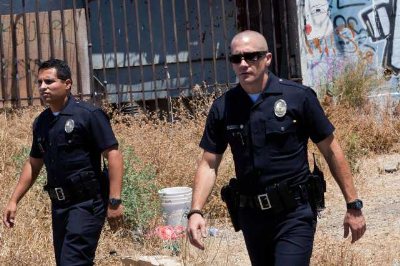 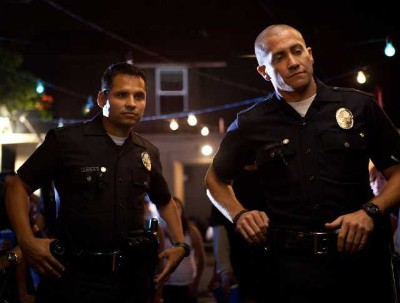 The movie opened last week and is not doing bad in the box-office. The film is getting really good reviews (currently rated 85% Fresh on Rotten Tomatoes) while the two lead actors are being praised by critics for their individual performances and their “chemistry”. 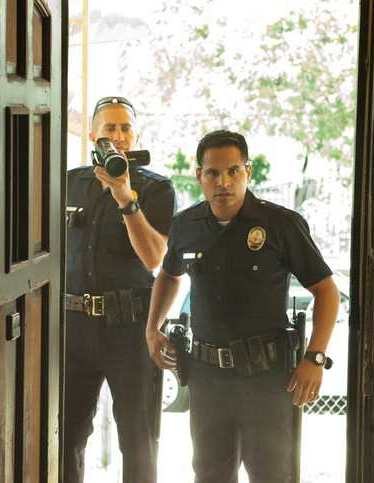 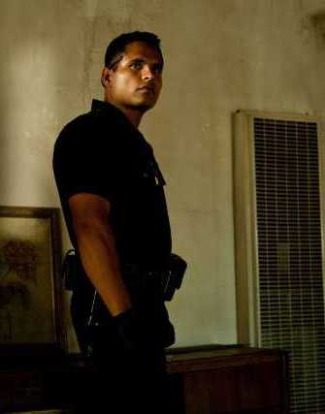 Chemisty, huh? Yup, that’s what the NY Post critic said about Mike and Jake: “Gyllenhaal and Pena have great chemistry together, though, in their best performances to date.”

From Metro Times: “In between, we’re treated to the intimate camaraderie of partners Brian Taylor (Jake Gyllenhaal) and Mike Zavala (Michael Pena), who joke, bitch and candidly confide in each other. Most importantly, they have each others’ backs, as each takes risks most cops would shy away from.”

We could go on quoting other reviews about how good these two are but we don’t want to bore you. At any rate, prognosticators are saying that Mike and Jake are likely to get some acting nominations for End of Watch. We hope they are right. We hope they get Oscar nominations. And we hope they will eventually prevail come Academy Awards night.