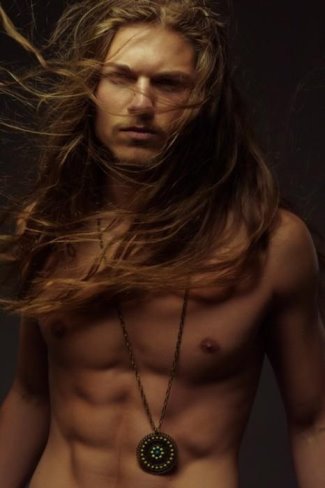 Who is the long-haired dude in the photo above? That guy, fellow Famewatcher, is a male model named Amadeus Serafini. We’re blogging about him because he is about to go mainstream via the TV version of Scream which will soon air on MTV.

Will Amadeus be the next male model who successfully transitioned from the runway to the big/small screen a-la Mark Wahlberg or Channing Tatum? Or will his MTV gig be a one time thing and his fame will be limited a-la Fabio? Only the future will tell. Hehe. Anyhoo, here’s another shirtless Amadeus Serafini photo. 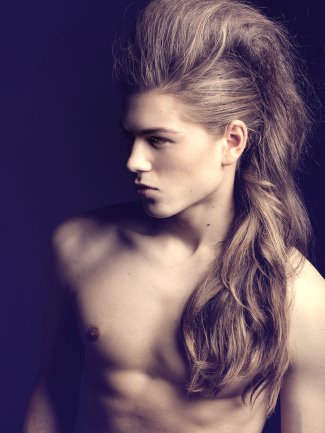 More about the upcoming MTV series from collider.com:

The people at MTV, who have long decided that their dedication to music is a thing of the past, have found a new niche in teen-centric TV series, especially with their new, Twilight-esesque take on Teen Wolf, which just had its season premiere last night after the MTV Movie Awards (be sure to check out that new footage from The Dark Knight Rises that premiered during the show last night). Now the network has set their sights on a more recent horror property for their next series endeavor as Scream has been lined up to get the TV treatment.

Amadeus Serafini Actor: So what role will Amadeus play in the TV version of the slasher film? According to deadline.com, Serafini “will play Kieran Wilcox, the mysterious new kid in town who has a dark side and a tough exterior that hints at experience beyond his years”.

Although this is our long haired guy’s biggest acting gig to date, he actually has two IMDB acting credits to his name. He starred in a short western drama, Smoke, which was aired in 2013. Serafini is also listed as a cast member in a TV comedy called Oh La La, Hollywood Speaks French! It’s not clear whether Oh La La ever aired.

Check out Amadeus modeling for the Skingraft Spring/Summer 2012 Lookbook: 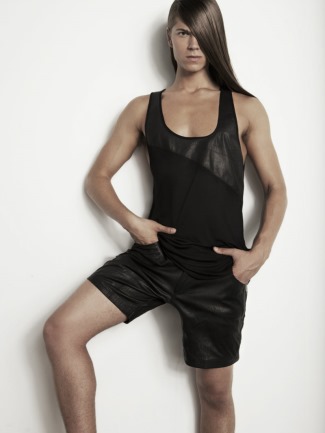 Is Amadeus Serafini Gay or Does He Have a Girlfriend? The answer to both questions: we don’t effin know. But, should we find out any relevant info in the future, we promise to update this post.

Want another Hollywood newbie? Check out the shirtless Jake Miller who’s been predicted as the next big thing in music.