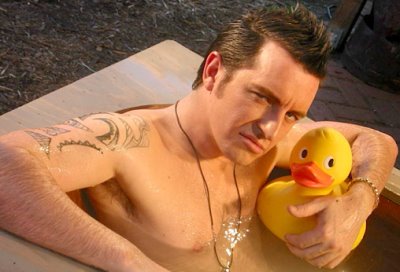 Rove McManus Shirtless. Look who’s taking a bath with his yellow rubber duckie? It’s multi-awarded Aussie television host Rove McManus. Does he kinda remind you of Seth Meyers? We are having a debate here at Famewatcher whether Rove and Seth do really look like each other.

Deena and yours truly say they do look similar while Kevin and Jackie insist that the two TV hosts look nothing like each other. What do you think? 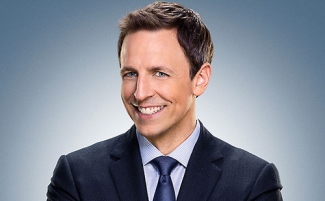 And here’s Rove of the now-defunct Rove LA. 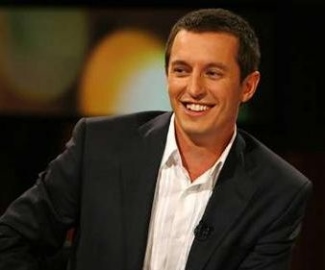 Are these two, lookalikes? They may not be spitting images but they sure look similar, right? Tell us what you think in the comments.

By the way, we’re sad to note that Rove’s latest TV project, Riot, did not work out. The Steve Carrell-produced show which was hosted by Rove was cancelled by Fox after a few episodes. Why, you ask? Because you did not watch it, that’s why? Apparently, the Fox powers-that-be decided to end the show because of poor ratings which is sad because it was a fun show to watch.