Andy Cohen Boyfriend: Clifton Dassuncao. Oh my! Seems live the most famous talkative gay man on TV — aka Andy Cohen — has found himself a boyfriend. We’re happy for him of course. And we are also happy for said boyfriend. According to the Daily Mail, Andy’s beau is a brainiac with several degrees from Ivy league universities.

Anyhoo, the two were spotted dining in a restaurant recently and some papz were there to snap them. 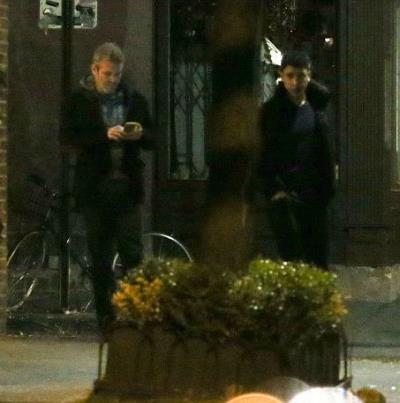 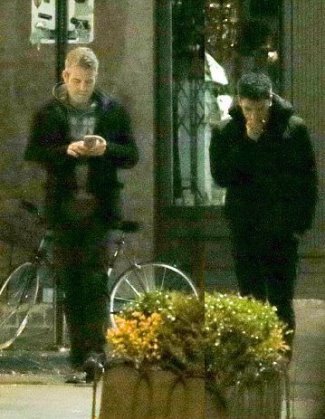 The Daily Mail gives us some details about the twosome’s dinner date:

A fellow diner tells DailyMail.com that the two were affectionate throughout the meal, with Dassuncao leaning over at one point to plant a kiss on Cohen’s head.

The lovebirds also enjoyed some wine and sampled one another’s food during their post-holiday dinner, arriving to the restaurant at 7:15pm and heading out a little over an hour later at around 8:30pm.

Cohen had been in his hometown of St. Louis over the long weekend to celebrate Thanksgiving with his family, and it is not clear if he brought Dassuncao along on the trip or if the New York City native stayed back on the East Coast.

The Bravo executive, 48, met the 28-year-old, who is a fellow in Environmental Science and Engineering at Harvard University, back in March 2015 during the opening night of his AC2 Tour with pal Anderson Cooper in Boston. 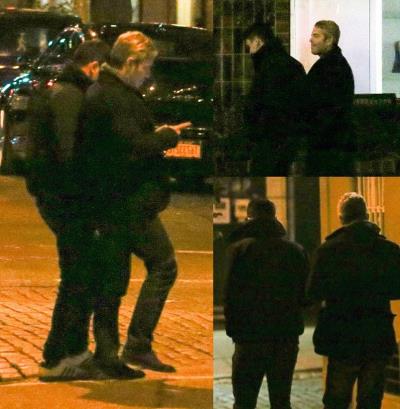 Wacha loves him. I met him with Anderson Cooper on the opening night of my tour with Anderson. And Anderson has loved this guy from the moment that I met him.

I remember saying to Anderson, like ten months ago, that Wacha really likes this guy and Anderson said “Dogs always know. You have to listen to your dog.”

You want a closer pic of the handsome Andy Cohen boyfriend, doncha? Here you go! 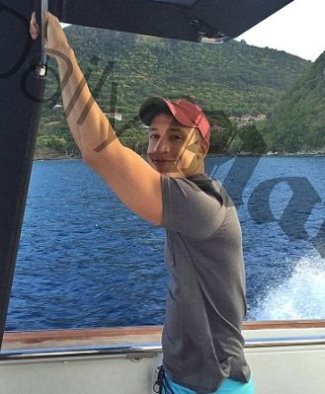 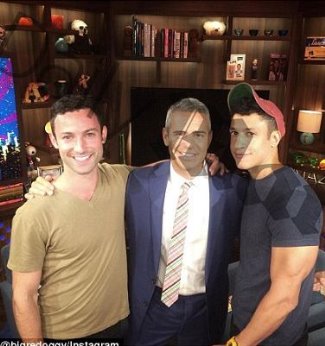 In conclusion, let us end this post with a photo of Andy in his Speedo, shall we? Haha. You want more gay men in Speedo? 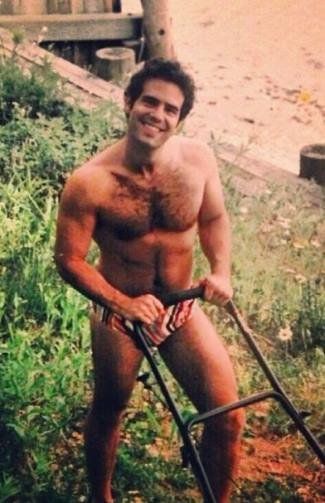 Update: As it happens, our Andy ain’t the only one in the relationship who rocks his Speedos. Check out Clifton Dassuncao running in his green Speedo swimsuit during a Speedo Santa run. 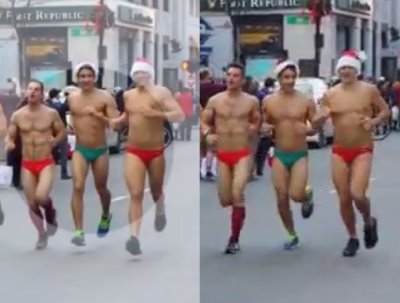