Zinedine Zidane Shirtless and Underwear Photos: Football Icon Loves to Strip. Question: Which famous French guy loves to show his underwear in public? Answer: All of them. Hehe. 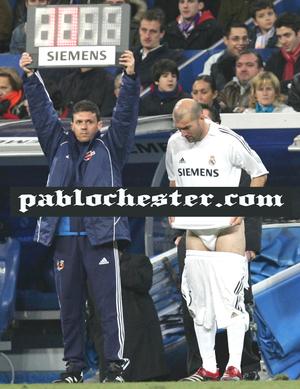 It’s true of course that French men have no qualms about showing us their underwear. Like football icon Zinedine Zidane for instance. The guy’s always pulling down his pants to reveal his white briefs. Not that we are complaining or anything. In fact, since we’re mostly blogging about male celebrities in their underwear, we highly appreciate Zidane and them other underwear-baring French hunks. 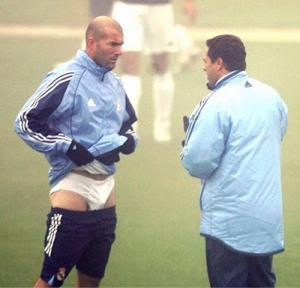 Haha. That’s our guy Zidane showing his “grandma-style” briefs on the pitch. Even if his undies are loose and baggy, he still is pretty interesting to look at, no? That’s a French dude for yah! 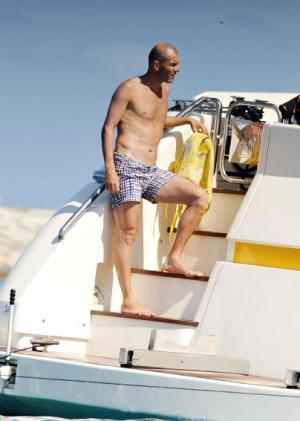 For a while there, we thought this is America’s Next Top Model judge Nigel Barker. Remember him? He’s the former British model turned photographer turned ANTM judge. To remind you of who we are talking about, check out our post on Nigel Barker shirtless. 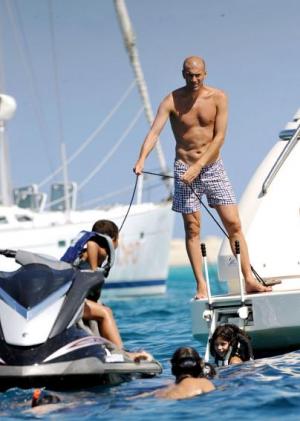 Now, this is the Zidane we all know and love. In his element. Ready to kick balls. And he doesn’t give a damn whether his chest hair is shaved or not. You know, he’s very much unlike that metrosexual David Beckham. Haha. 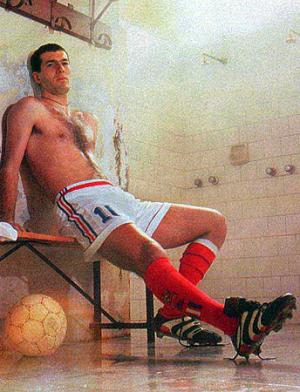