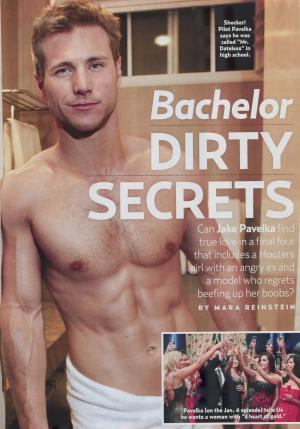 Also, is that really Jake in the picture or is this a photoshopped image? The neck is too big and is not proportionate to his small head. Kinda reminds us of one of them creatures of Jurassic Park. Seriously, there’s something wrong with the photo right?

UPDATE: Seems like our Jake can’t say goodbye to the klieg lights, huh? After his stint with The Bachelor followed by a stint on Dancing With the Stars, he is now cast in Bachelor Pad another reality competition featuring the contestants of The Bachelor and The Bachelorette.