Here’s Stephen in a crocodile print leather overcoat from the YSL menswear collection. It looks sexy and elegant and cool but, boy, you have to pay a fortune to get yourself a winter coat like this one. How much is it? It costs 2,130 GBP (British pounds). But we should not be surprised if it is that expensive; after all, a crocodile was killed to make it. 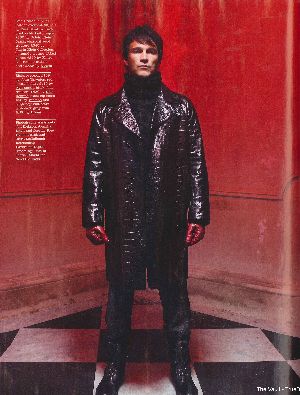 Canadian model/actor Noah Mills began his career in the entertainment industry by modeling for Yves St. Laurent and Gucci back in 2004. Here’s Noah rocking a YSL long coat during the YSL Rive Gauche Fall 2004 Fashion Show.

Did you know that Noah is currently the fourth top earning male model according to models.com? Here’s what the site says about his current modeling career: “As one of the most consistently booked men Noah Mills holds the record for repeat performances. As a standard in ads for Michael Kors and Dolce & Gabbana, Mills’ face is familiar to anyone who loves fashion. With his newfound success in films like S*x and the City 2, Noah is on the path towards becoming a household name, in and out of the fashion world.” 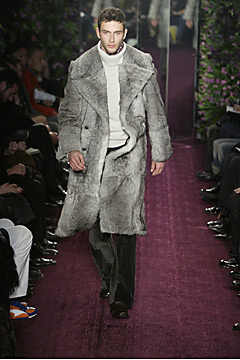 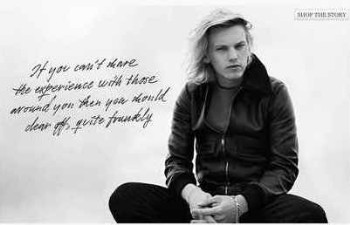 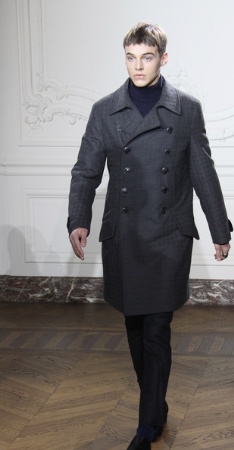 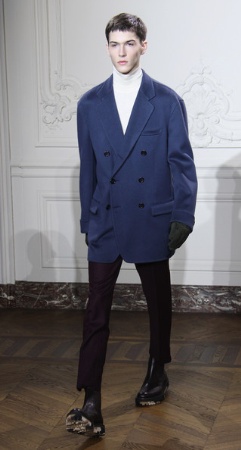 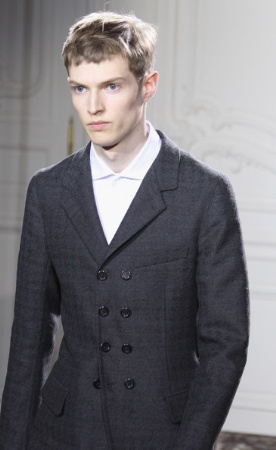 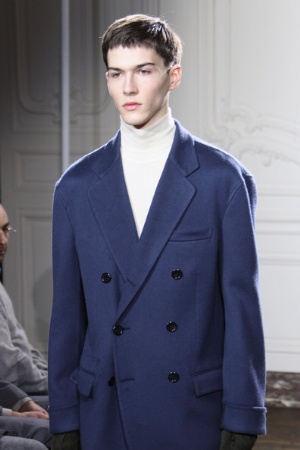