Xolo Maridueña Shirtless, Girlfriend, Cobra Kai Actor. If there is a new Netflix show we are looking forward to binging which we know would not disappoint, it would be the upcoming karate series Cobra Kai.

Why are we sure that it will not underwhelm like most teen-oriented Netflix shows? Because its first two seasons already aired on Youtube and they’ve gotten really great reviews on Rotten Tomatoes (100% fresh on season 1 and 88% fresh on season 2). Netflix will be producing the third season and we hope it maintains the quality of the series.

Anyhoo, Famewatchers, meet the young lead of Cobra Kai. His name is Xolo Maridueña and he plays Miguel Diaz who is described on wikipedia as ” teenage asthmatic with low self-esteem”. He eventually learns karate and develops into a skilled karate warrior. 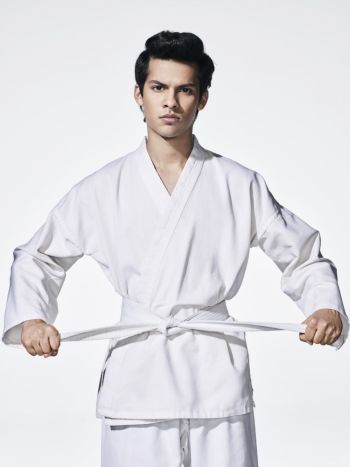 In an interview with telltaletv.com, the young actor had this to say about the character he plays on the show: “Miguel is a microcosm of every new kid in school, well every kid, if he had some of the most comedic geniuses writing his conversations. The thing I really like about Miguel is that you get to see his vulnerable side before the other part of him takes over.”

Xolo adds: “He is a kid that maybe hasn’t received enough direction from anyone other than his mom. When he finds that other path, via Johnny Lawrence and Cobra Kai, that’s when things get really interesting. He’s not a jerk but he really is someone who at times does have the jerky part that can come out. As the series progresses, what I hope you see is Miguel’s hero’s journey.” 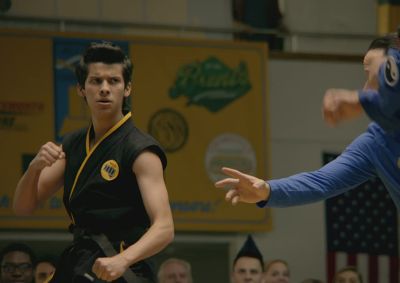 Xolo Maridueña Ethnic Background. For those of you wondering where the actor got his unique name and whether it means something, Xolo is from the indigenous Nahuatl language which means “Dog Star”. Xolo is actually his middle name but we are glad it is the one he is using because it has a nice ring to it. His full name is Ramairo Xolo Maridueña.

Xolo is of of Mexican, Cuban, and Ecuadorian descent according to his IMDB page.

Xolo Mariduena Gay or Straight, Girlfriend or Boyfriend. He is straight and is reportedly dating Cobra Kai co-star Hannah Kepple. Here’s a photo of two getting cosy: 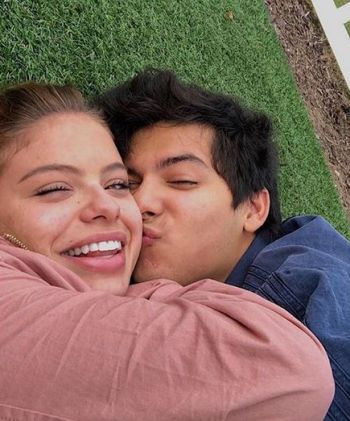 Like kids of his generation, Xolo appears to be comfortable about who he is so he ain’t beyond looking like this: 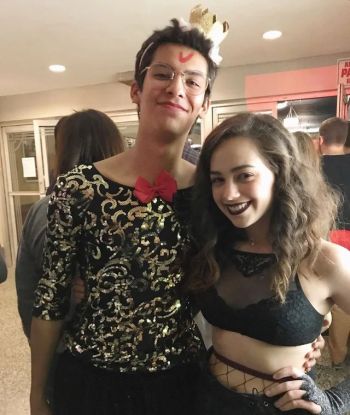 The above pic was posted on the Cobra Kids (cobra_kids) Instagram. The post explains what’s happening: “Mary took Xolo to his first theater performance of ‘The Rocky Horror Picture Show’- as is evidenced by the traditional red V (for Virgin) on his forehead- during filming for the first season of ‘Cobra Kai’.”

Xolo Maridueña Shirtless Photos. Here’s a shirtless pic of the actor we grabbed from his Insta (follow him @xolo_mariduena) with the following caption which made us LOL: “Shoutout to my trainer Phillip for teaching me that you don’t need big muscles, only good lighting.” 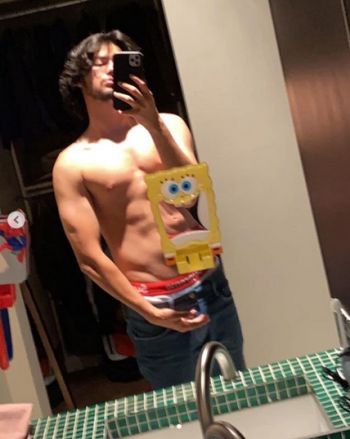 Xolo goes shirtless by the beach. 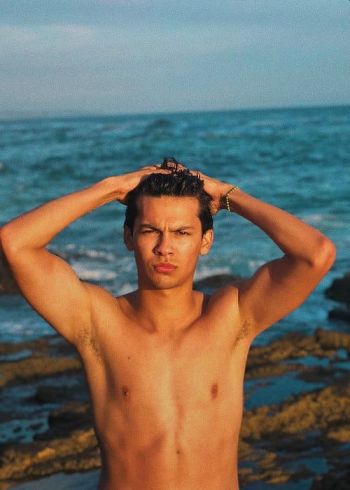 We do not know where to put this so we’re placing it here. Hehe. 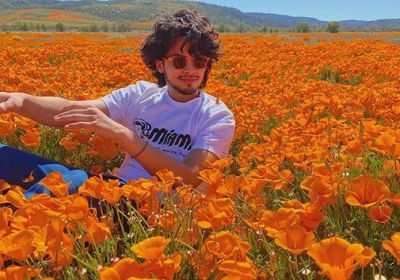