Xavier Mignot Dieux du Stade Calendar Model, Rugby Hunk of the Day. We should have included Xavier Mignot on our post on the Dieux du Stade 2010 calendar but we decided to do a separate post because this image of him lifting a barbell needs our undivided attention. 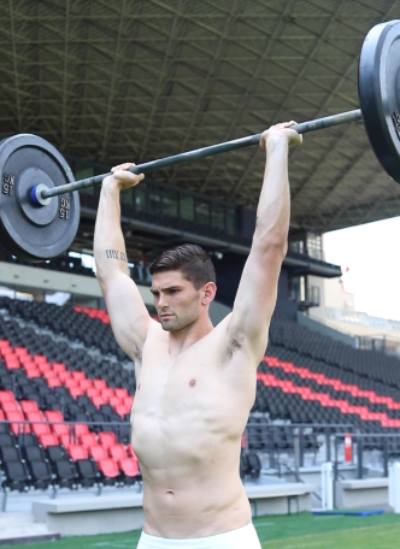 His gorgeousness mesmerized us so much we decided to go a GIF version from the behind-the-scenes video for the Dieux du Stade shooting. Let’s check him out as he lifts that effing barbell, shall we? If this will not make you fall in love with him, we don’t know what will. He is actually working out in nothing but a pair of tighty whitie briefs but we had to ensure that the image receives a G rather than an R rating from our Grandma Akita.

Xavier Mignot Girlfriend or Wife? For those of you wondering, our Rugby Hunk of the Day is very much married to his wife Anastasia Mignot. Here’s a picture of the happy couple on their wedding day which we grabbed from Xavier’s Instagram account (follow him @xavmignot). 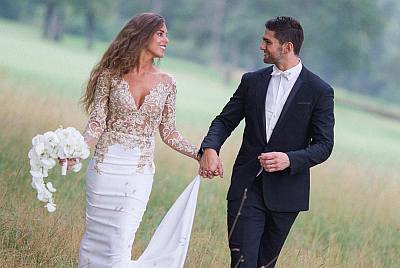 Xavier and Anastasia have a daughter and in a recent interview with sportmag.fr, the rugby player says the arrival of his child has helped him focus, stay positive, and move forward.

Xavier is a member of the current squad of the Lyon Olympic University and he has also played for the French national rugby team in international competitions. The 6’2″ fullback actually comes from a rugby-playing family. According to wikipedia his father, Laurent Mignot, who was for a long time director of the CS Bourgoin-Jallieu training center before becoming a coach.

Here’s what he says about his rugby background in during his sportmag.fr interview (translated via Google): “I have been a rugby buff since I was a kid. My grandparents, my father (Laurent), my brother (Pierre, who plays with the team of France VII, Ed), we all bathed in it. I was born in Bourgoin-Jallieu and I stayed in the corner between the CSBJ, Grenoble and Lyon.” 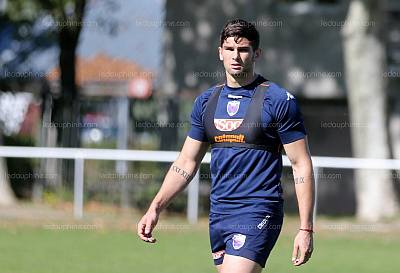 He sure looks hot in his rugby uniform, no?

Xavier has been featured in previous Dieux du Stade calendars. Here are photos of him from the 2019 edition: 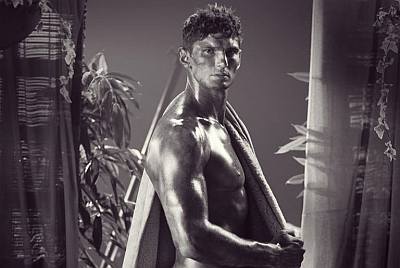 Apologies, we had to crop out the naughty bits in order to not get our Grandma Akita hot and bothered. 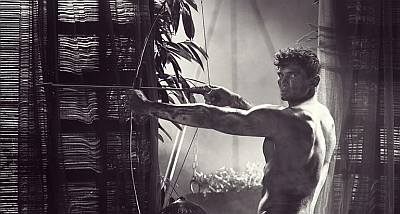 Let’s end this post with a shirtless photo of our rugby hunk, shall we? Who’s the other dude? 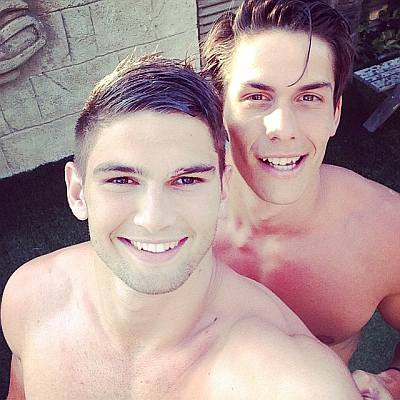