Wrestler in Spandex Suit. This is a throwback post. Meaning, we published it a few years ago — 2010 to be exact — but we are republishing it again to give you some update on the subject of the original post.

We are referring, of course, to the gorgeous Italian wrestler that is Andrea Minguzzi who looks fabulous in his wrestling suit in the For Men cover photo below. 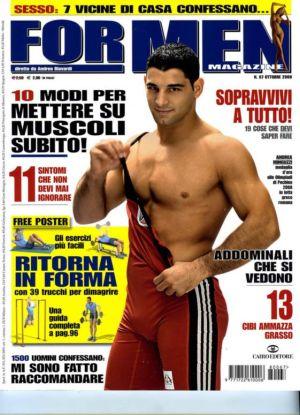 As mentioned in our original post years ago, Andrea won a gold medal during the 2008 Olympic Games in Beijing. Here he is in action in the wrestling mat. Hey, didn’t we say that wrestling is kinda hmmm? 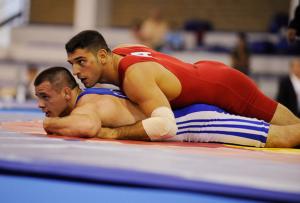 Now that’s a hawt and sweaty wrestler in Spandex suit. 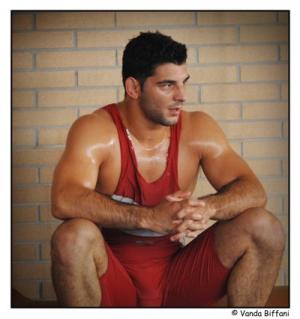 By the by, who do you think is hotter? Andrea or his Italian wrestling compatriot, Daigoro Timoncini? 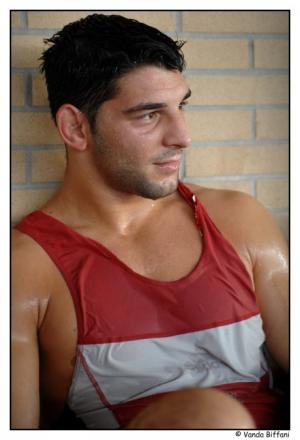 Andrea in Adidas short shorts. For a different kind of wrestling fashion, check out these Sumo Wrestling Underwear. 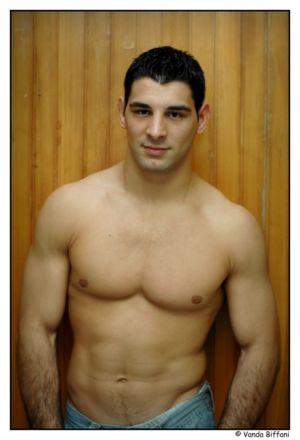 Andrea’s wikipedia entry detailing his Olympic victory: “Andrea Minguzzi (born 1 February 1982 in Castel San Pietro Terme) is a Italian wrestler, who has won a gold medal in the 2008 Summer Olympics. In the tournament he defeated the French athlete Melonin Noumonvi in the first turn; the former Olympic Champion and current World Champion, the Russian Alexei Michine, in the quarter final; the Swedish Ara Abrahamian in a disputed semifinal; and Zoltan Fodor, of Hungary in the final match.”

For years after his Olympic victory, Andrea failed to defend his crown because an injury prevented him from qualifying. An Italian website reported that he was eyeing a comeback at the Rio de Janeiro 2016 Olympics but it looks like his comeback did not materialize for some reason.

Still, he should be proud of his 2008 Olympic gold because only the elite of the elite athletes can boast of a medal like the one he bagged in Beijing.