Womens Clothes For Men To Wear: 2017 J.W. Anderson Collection. (14 February 2017 Update). Amazingly, four years after we wrote the post below, J.W. Anderson continues to produce and sell menswear inspired by women’s fashion. Goes to show there is a market for this kind of product and the brand deserves props for addressing the market.

Now, the outfits we mentioned earlier may no longer be available but here are some womens clothes for men that you can find on the J.W. site. 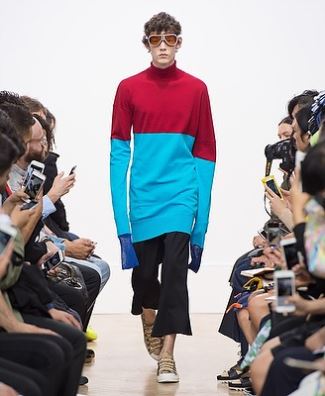 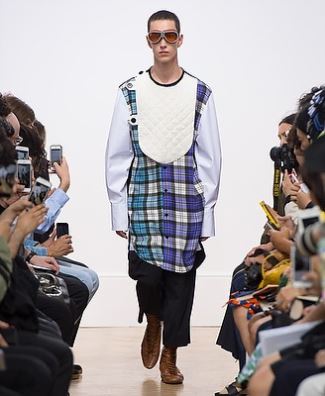 Womens Clothes for Men: JW Anderson Fall 2013 at the London Fashion Week. (Published 14 January 2013). Hey look, an enterprising fashion designer has created women’s-style dresses for men and has gone ahead and have male models wear them on the runway. Good for you, Mr. JW Anderson! 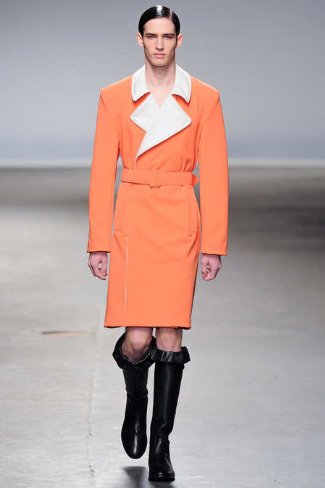 What are fashion critics saying about the British designer’s womens clothes for men collection? They’re mostly loving it. From The Fashion Spot:

…Anderson’s collection was a standout. As we know, Anderson likes to blur the boundaries with regards to gender and clothing, and this season’s collection is no exception. 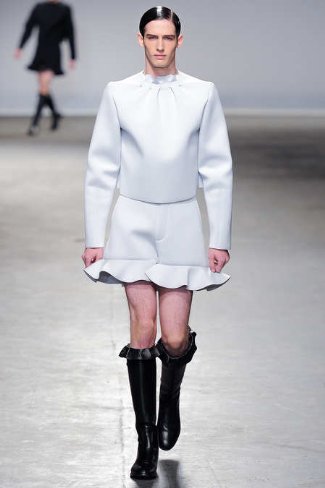 But write off Anderson as a mere provocateur at your peril; his agenda is more complex than that. The effeminacy of this collection—a kind of put-together sixties jolie madame made into a twisted jolie monsieur; think Séverine in Belle de Jour crossed with some of her kinky fantasy coachmen—is intended to reconfigure both menswear and womenswear, and to give a kick up the arse to the stale state of much of men’s fashion at the moment.

And Simon Chilvers of The Guardian called Anderson’s collection “compelling”:

Anderson, who is working with Donatella Versace on a collection for diffusion label Versus, is known for pushing the boundaries with his menswear. Last season headscarves and sheer floral tops appeared on the catwalk. It might not be to everyone’s tastes but this kind of distinctive point of view is what makes fashion compelling.

But what about you male Famewatchers who love to wear womens clothes for men to wear? Do you agree with these critics? Are you feeling the love for JW Anderson’s women’s-style dresses for men? Are his creations something you’d see yourself wearing in real life? Or do you agree with this Facebook commenter who says the outfits are ugly:

I’ve no problem with challenging gender roles in fashion, but couldn’t he of at least made the garments flattering? These outfits are as ugly as home made sin. In fact the one in the middle looks exactly like the work presented by the first fashion designer kicked off Project Runway in Season 3.

The dress he is referring to, by the way, is this blue one which kinda looks like a sack. We gotta say that we agree with him. These skirts for men we blogged about a few years ago are more interesting. 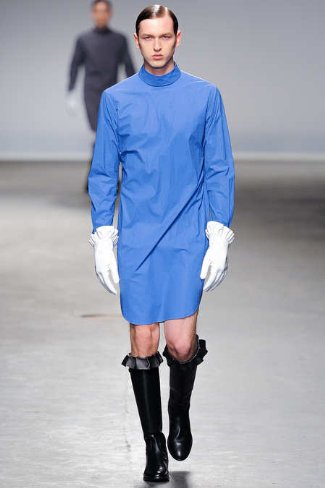 Seriously Famewatchers, do you see yourself wearing this “sacky” dress? What about the other JW Anderson men’s dresses below? Which of them are you going to wear? We present, you decide. 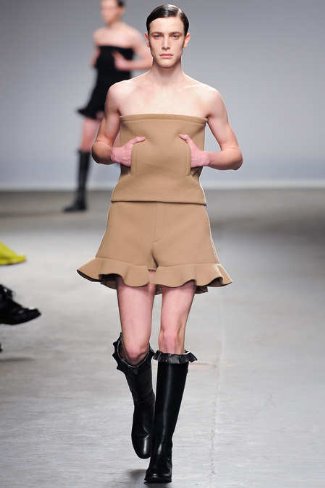 Our favorite J.W. Anderson womens clothes for men would be the little black leather dress below. We should buy one for our hubby. 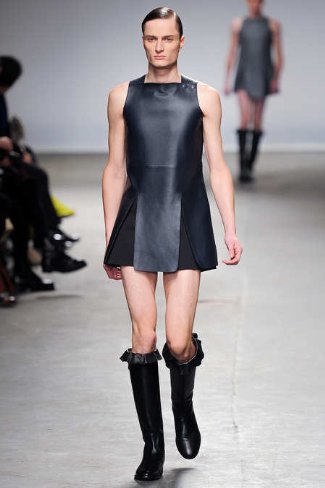 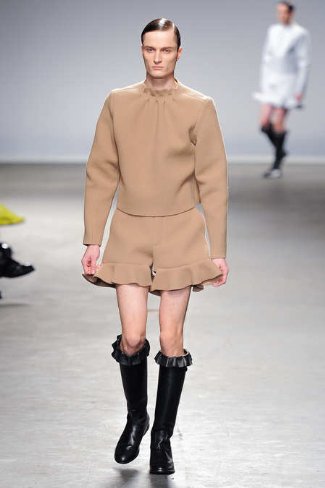 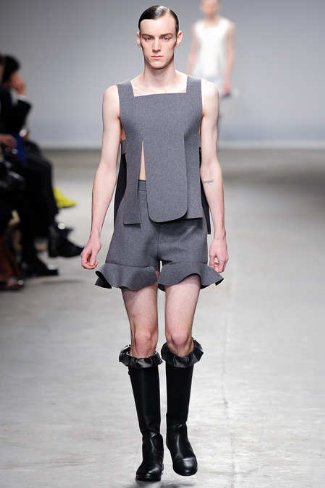