Men Wearing Skirts. These men’s skirts from the Spring Summer collection of Givenchy should make men wearing women’s clothes pretty happy, no? What do you think of these outfits? 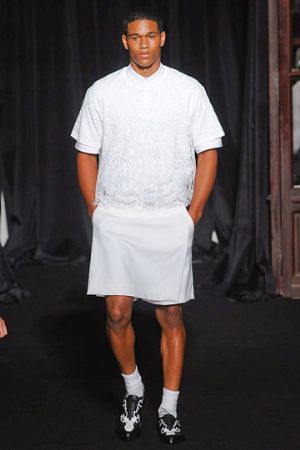 If you’re a dude, can you imagine yourself wearing these skirts? If you’re a lady, what would you do if you found these clothes in your man’s closet? Are you gonna freak out or are you going to encourage your man to explore his inner Scot (or inner drag queen)? 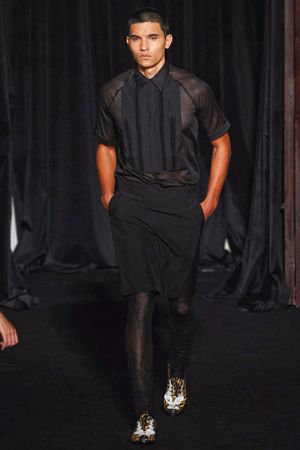 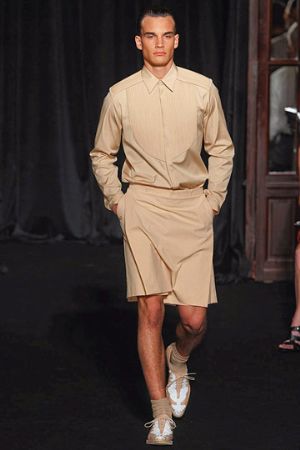 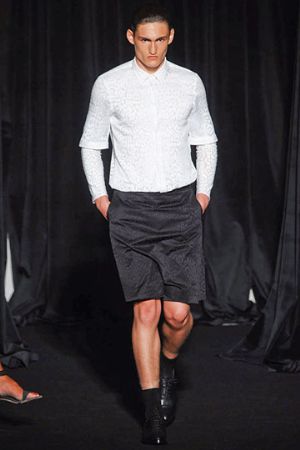 …..
Men Wearing Skirts: Cross-Dressing Rob Moodie is The World’s Best Lawyer! (23 December 2009). Who is the world’s best lawyer? We thought the honor goes to Israeli lawyer turned underwear model Dudi Balsar but here’s a lawyer from New Zealand who, we think, also deserves the title. 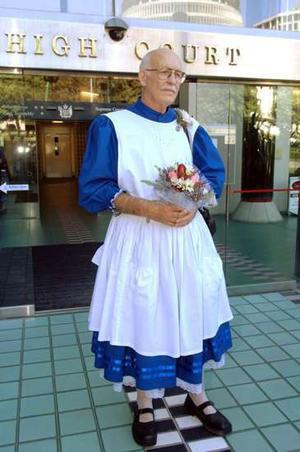 Famewatchers who are into famous celebrity lawyers, meet Rob Moodie. We like him because he is fighting for equality and that kind of stuff. Now, if you are wondering why this lawyer dude is wearing a woman’s dress, here’s a report back in 2007 which explains his outfit:

A bald, mustachioed lawyer turned up at court wearing a skirt and blouse and toting a purse to protest a lack of care and sensitivity among New Zealand’s male-dominated judiciary, a newspaper reported Tuesday. Rob Moodie, 67, arrived at Wellington’s High Court on Monday in a navy blue woman’s suit complete with diamond brooch and lace-topped stockings over his hairy legs, The Dominion Post reported.

The lawyer, who want the courts to now address him as ‘Ms. Alice’, adds that his protest is aimed to highlight the old boys network in the country’s judiciary: “I will now, as a lawyer, be wearing women’s clothing. My confidence in the male ethos is zilch. It’s a culture of intimidation, authority, power and control.”

Apparently, Ms. Alice aka Rob Moodie’s protest is supported by his wife as well as his three children. So, isn’t Rob Moodie awesome? Of course he is. That’s why we are nominating him to the Best Lawyer of the World award.