William Moseley Jeans Style Watch: Levis + Ralph Lauren Denims. We’ve seen him in his kinda outlandish red jeans. Now, here’s British actor William Moseley in a more traditional blue jeans. But its not traditionally classic though coz this is probably the brightest blue jeans we’ve ever seen which is unlike the classic shades which are the darker kind of blue. 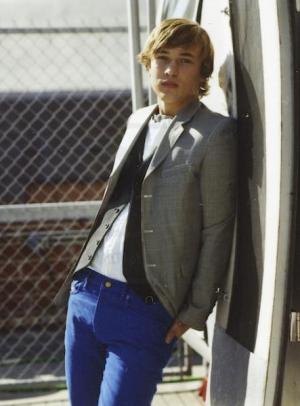 In case you are wondering, that remarkably blue jeans is by Ralph Lauren. William’s vest, on the other hand, is by DSquared 2. 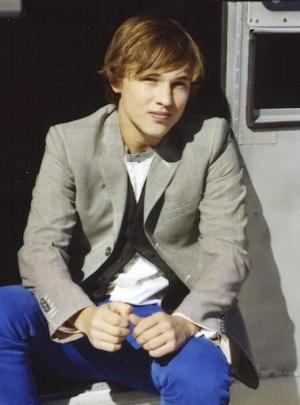 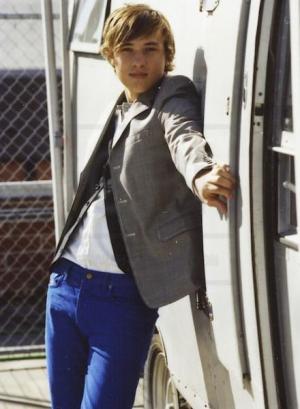 What other brand of denim jeans does William Moseley wear? Well, he’s been photographed wearing a pair of Beta Unit jeans particularly the The Waxed Slim Jeans in Dark Grey. 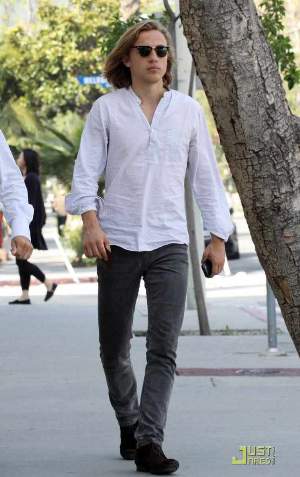 We love how he’s walking so carefree. Oh, we also love his loose Nehru-collared long sleeve shirt. William’s shirt and his seemingly carefree attitude reminds us of our hippie friend who’s now gone to the beyond.

Other denim brands he wears? When he and his Chronicles of Narnia co-stars were promoting their movie, William Moseley was seen wearing a Levis Red Tab 514 Slim Straight Leg Jeans. He’s got good taste, for sure. 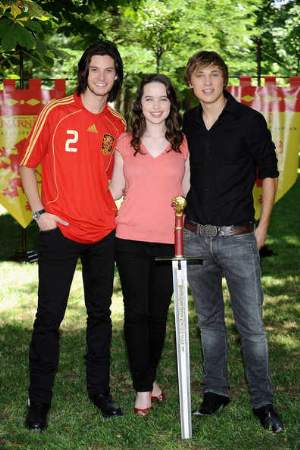 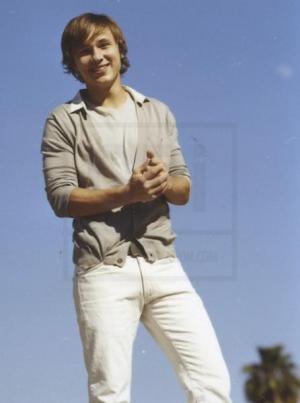 What do you think of white jeans? Awesome or not awesome? We must admit that we’re not into it but this is only because white jeans (or any white colored clothing for that matter) get dirtied more easily and they’re harder to wash. (Confession: If you are going to rate us in a scale of 1 to 10 where 1 is a neat freak and 10 is sloppy, we’re going to be a 6. So there, that’s the reason why we are not into white jeans.) 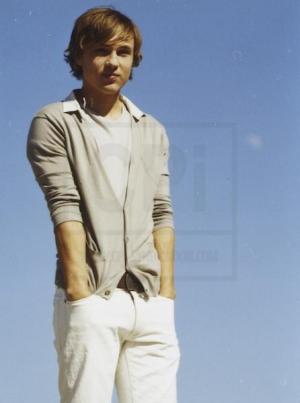 Do any of you fellow Famewatchers know the brand of William’s white jeans?