Brad Pitt Suit Style Watch Update. It’s about time we update this post to bring you more of our dapper gentleman’s latest suits. Check him out in this Isaia white suit which he wore to the War Machine movie premiere back in May. 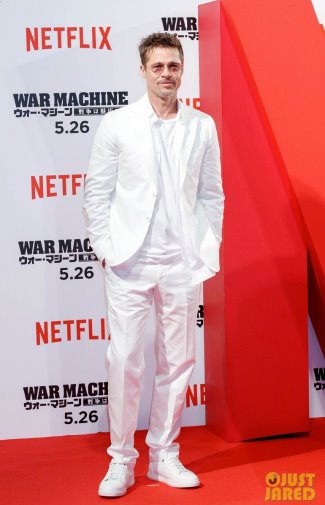 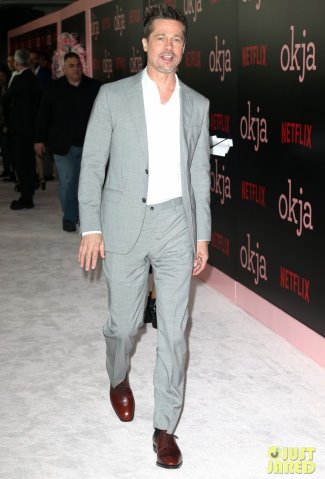 He went for the “suit no tie” look in the events above but he opted for a tie when he attended the 2017 LACMA Art + Film Gala a few weeks ago. 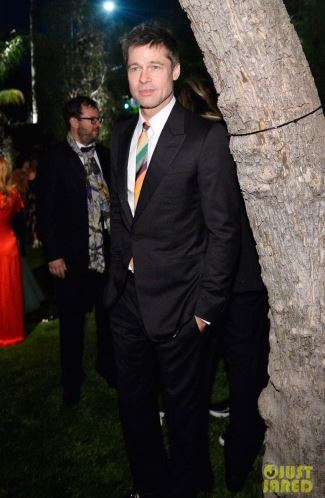 Brad Pitt Suit Style Watch: Formal Wear Becomes Him, No? Today in celebrity men’s suits and ties, we bring you the Bra in Brangelina. Brad Pitt sure is looking good in his classic black and white (black everything, white dress shirt) get-up during a visit with partner Angie to the Museum of Contemporary Art’s new 30th anniversary exhibition in Los Angeles. 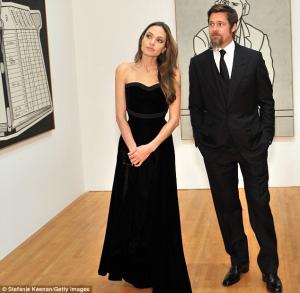 Nice couple, eh? It’s nice to see them together. We wonder who took care of their brood when they went out for this museum visit. 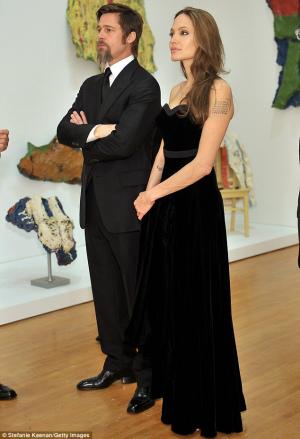 Want more of Brad Pitt? Check out his Edwin Japanese jeans and his Tom Ford suits. Also check out the following entries below: 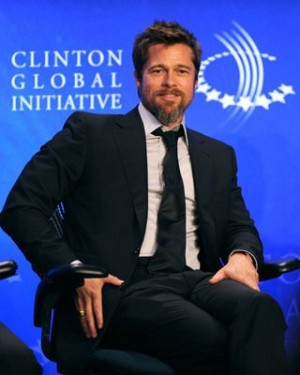 We’ve seen Brad Pitt’s suit without tie formal-casual look, now here’s Brad going all formal at last year’s Clinton Global Initiative.  However, ever the rebel, he didn’t let the important event compel him to shave off that damn beard which continues to be a source of despair to his fans who’d like to ogle at his handsome face.

Thankfully, we do have earlier photos of Brad all-suited up and clean-shaven: 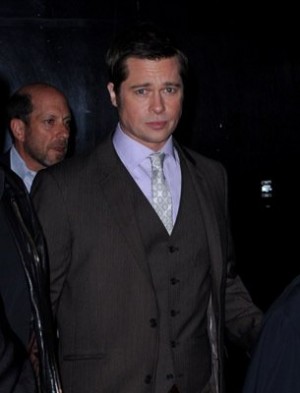 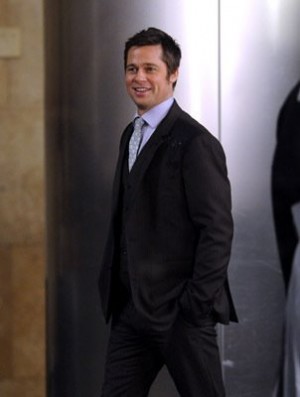 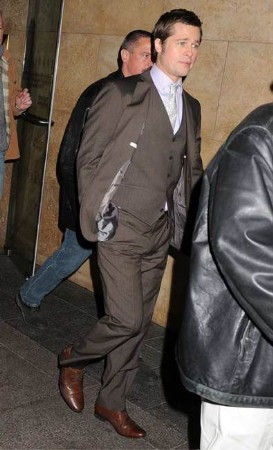 Want more Brad in his suit? Check him out with his pals Matt Damon and George Clooney all dressed up in their red carpet tuxedos. 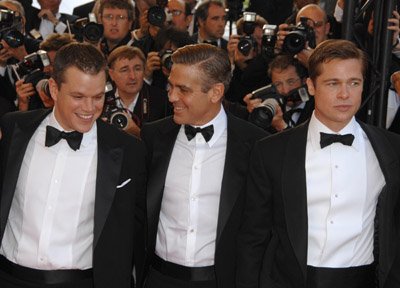 Before you accuse us of ignoring the men when it comes to red carpet fashion, we bring you the Hollywood trio of George Clooney, Brad Pitt, and Matt Damon looking oh-so-shaggable in their fabulous tuxedo suits.

You know, of course, that these three A-Listers starred in the heist movie Oceans 11 and its sequels. These photos are from the Oceans 11 premiere at the Cannes Film Festival from several years back. 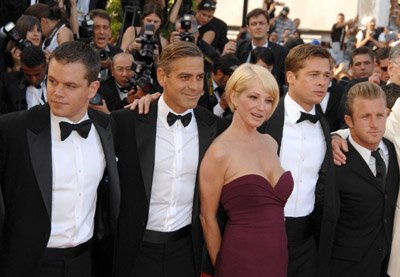 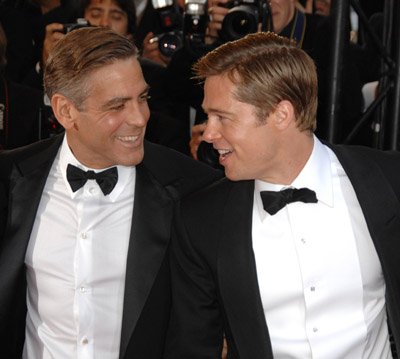 Three of the world’s most gorgeous guys looking snazzy in their tuxedo suits, what’s not to like? Who among them is yummy, yummier, and yummiest?