Tyler Young Shirtless, Gay or Straight, Girlfriend? Aside from James Paxton, another young actor who will be carrying the banner of USA Network’s Eyewitness is Tyler Young. The Chicago native will be playing the role of James’ boyfriend, Philip Shea.

More about Tyler from his USA Network bio:

Young was born and raised in Chicago, Illinois and has had the privilege of training with the city’s finest institutions including Acting Studio Chicago, The Second City, and The Theatre School at DePaul University.

Young guest starred on the ABC miniseries When We Rise, directed by Gus Van Sant, and starred in the USC MFA thesis film Small Arms. He has also appeared on episodes of FOX’s Empire and NBC’s Chicago Fire. 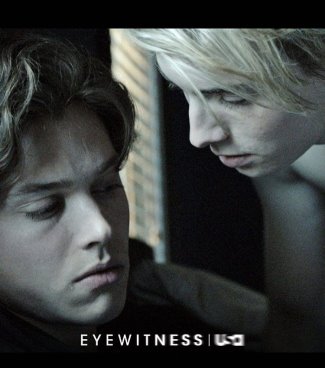 The Network also gives us some details about Tyler’s role on Eyewitness:

Philip Shea, a teenager from the projects who’s seen more pain than any adult ever should, gets a fresh chance to start over in an idyllic small town with his new foster mother, Helen. He is on the verge of falling in love, when he witnesses a quadruple murder with his closeted boyfriend – and the two boys swear themselves to secrecy for fear of being outed.

Is Tyler Young Gay or Straight in Real Life? He is straight. How do we know this? Because he’s posted photos of himself and his girlfriend on his Instagram account (follow him @tyler.matthew.young). Here is one such photo: 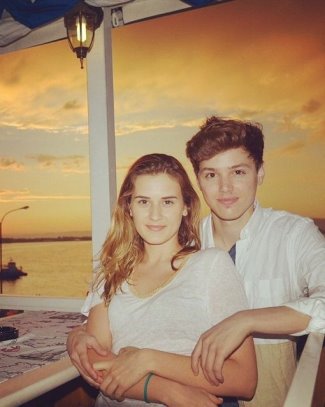 So who is the lucky Tyler Young girlfriend? Apparently, her name is Iliana Raykovski. Like Tyler, she’s also in the acting biz. According to imdb.com, she starred in a 2014 movie called God Forgive Us.

Tyler Young Shirtless Photos. This section is for those of you looking for Tyler Young shirtless pics. The images are still photos from when he guested on Chicago Fire. 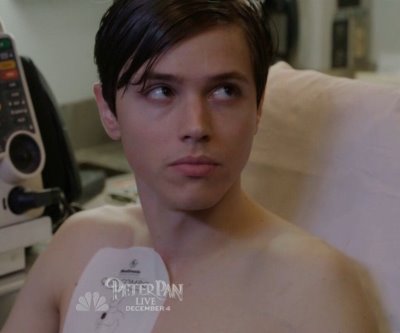 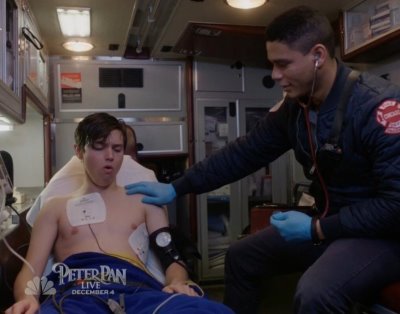 In conclusion, we’ll leave you with this video of Tyler talking about his role on Eyewitness:

Watch and we hope you’ll watch Tyler’s latest and most prominent acting gig too!!!