Ty Herndon Shirtless, Underwear, and Gay Boyfriend Matt Collum. Here’s a guy we should have included in our list of gay male country singers: Boyd Tyrone “Ty” Herndon. However, he came out a month after we published the post so let’s do a separate post on him, his coming out story, his boyfriend Matt Collum, and his underwear and shirtless pics. Yay!

Known for his country songs such as What Mattered Most, Living in a Moment, and It Must Be Love which all peacked at number 1 on the Hot Country Songs charts, Ty came out last November 2014 during an interview with People Magazine:

“I’m an out, proud and happy gay man,” the Nashville artist revealed to PEOPLE during a sit-down in New York Tuesday.

The revelation was many years in the making for the 52-year-old singer, who first wondered if he was gay when he was about 10 years old and then began coming out to close family members at 20.

On his supportive mom: My mother probably knew I was gay before I did. I remember sitting down with her and having the conversation. She was more concerned about me having a happy life. You have to be able to do that in your own skin, and [my family] has seen me struggle with being gay my whole career.

On being gay as a child and the impact of his coming out: I was 10, sitting in church and horrified that I might be a homosexual. Whatever that word meant, I knew that I probably was one. And I know there’s a lot of those kids still out there. Telling my story is an opportunity to help just one of them.

On his Christian faith: I sit on the tailgate of my pickup truck, and I meditate, and I talk to God. That’s really all I need to know. I have a connection to something bigger than myself, and no one’s going to tell me that I can’t have it. We get to choose who we love, and that includes God, and he loves us back.

Ty Herndon Shirtless and Underwear Photos. Now, here’s something for those of you looking for Ty’s shirtless and underwear pics. We don’t know when these were taken but he’s looking good for an older dude, no? 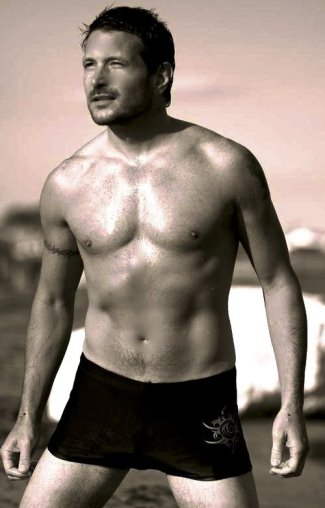 This is how you rock a squarecut trunk! 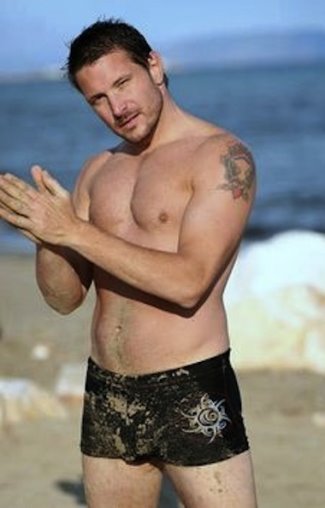 The pic below is our favorite for some reason. Reminds us of our beau doing push-ups at the beach. 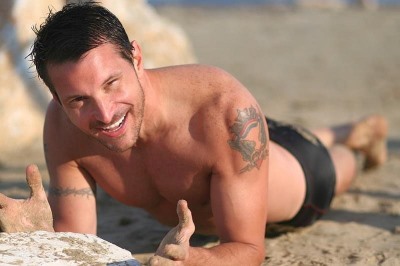 Ty Herndon Boyfriend: His name is Matt Collum and he is pharmaceutical representative from Missouri. Here’s a pic of the lovebirds at the red carpet for TrevorLive. 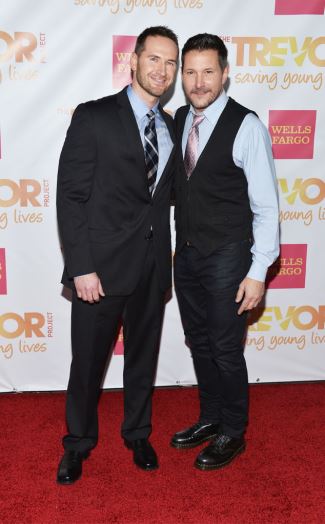 They sure look good together. Is there a wedding on the horizon?