Tuc Watkins Shirtless, Speedo, Young, Husband. We were watching Neil Patrick Harris’ newest show on Netflix and Kevin went like, “Hey, that’s Tuc Watkins. I didn’t know he is in this show.” 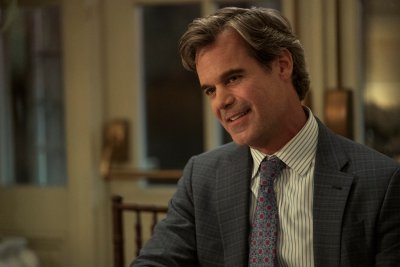 And true enough, we recognized the actor who probably holds the Hollywood title for playing the most LGBT characters in his career. In Uncoupled, he kinda plays the baddie though — at least from the point of view of NPH — but we just finished the 5th episode and we do not know how Colin will turn out. It’s been an interesting show so far; it kinda started slow and we initially wanted to no longer watch it but we’re glad we did not because it picked up steam.

Anyhoo, back to Tuc and his many LGBT roles. The guys at thrillist.com asked him about his career being a gay icon and here’s what he says about it: “It’s funny you mentioned that, because I am a gay actor who’s been playing gay characters since the ’90s. When I did roles like I Think I Do and Beggars and Choosers, people said, ‘You can’t be a gay actor and play gay roles if you want to play a wider range of roles.’ But they were great roles, and I didn’t care. What has happened is, there have been more and more roles in the LGBTQ spectrum to play. There was a time not so long ago that the gay characters were the gay clown or the troubled person or the psychopath. There’s so many more roles available, and there’s so many more actors who are willing to play those roles.” 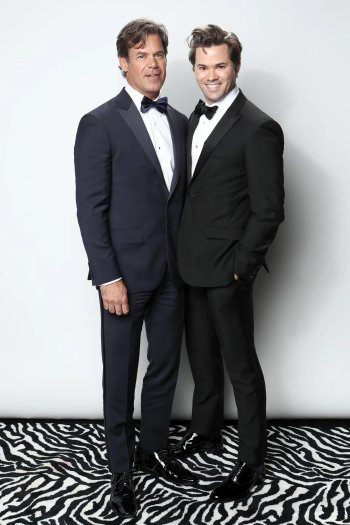 By the by, for those of you who do not know, Tuc is in a relationship with actor Andrew Rannells who we first blogged about back in 2013 when he starred on the now cancelled NBC sitcom, The New Normal. 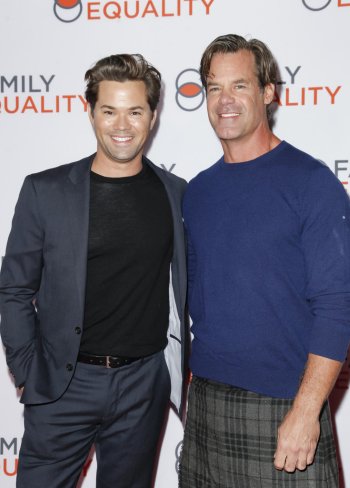 Tuc Watkins Shirtless and Underwear Photos. Tuc looking gorgeous in this screencap from his soap opera One Life to Live. 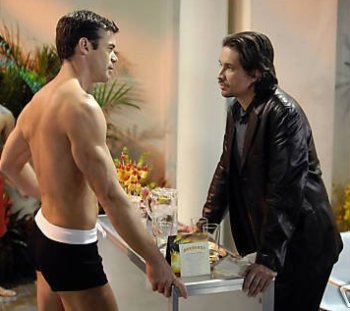 Oh, he’s been on the Broadway stage too. Tuc in his boxer shorts with co-star Rena Strober in the 2010 Broadway play White Lies. 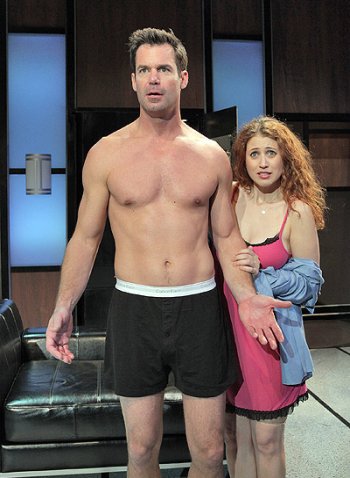 And, of course we ain’t gonna write a post about the actor without including these fabulous photos of him wearing his patriotic Speedos. 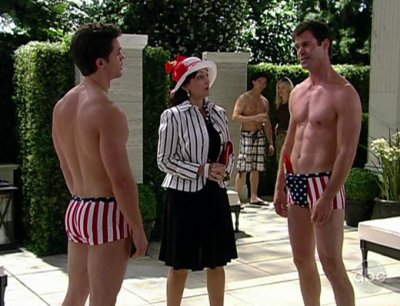 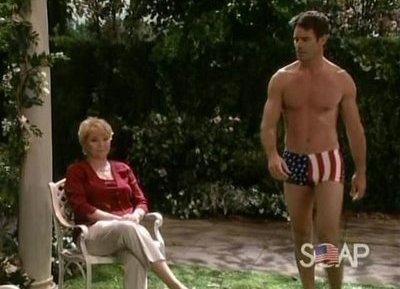