Edson Juarez Shirtless on So You Think You Can Dance. Have you found any reality TV boyfriend this summer? We think we found ours in the person of Edson Suarez, the sexy 24-year-old dancer who wowed the judges (and the audience) during his audition.

The judges called him one of the best (Jason Derulo) or simply the best (Paula Abdul) auditions so far. Check him out. Update: Sorry, the video is no longer available.

We love, love, love how bendy Edson is. Because he is a prospective reality-TV boyfriend, there’s no way we ain’t gonna screencap his shirtless photos. Haha. But we are sharing said shirtless pics with you: 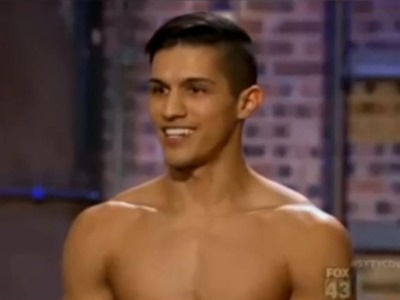 He’s got the face of an angel … and a body for sin! 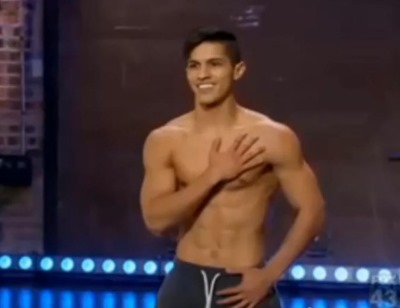 So what are critics saying about our Edson’s performance? They’re loving it, of course! Here’s what our favorite reviewer, Michael Slezak, is saying: “The episode’s final hopeful moved like his bones were made of pure spring water — a rather remarkable quality for a fella whose torso looked like it had been chiseled from the same marble as Michelangelo’s David. His face needs a little less Magic Mike and a little more Magic Travis, but he could be one of the ones for Season 12.”

Come on, Michael, we actually like Edson’s Magic Mike move and we want more, rather than, less of it. Hehe.

Meanwhile, here’s the review from ew.com: “Edson auditioned last year, but he didn’t make it to the top 20 because he needs to work on connecting with the audience. He could still stand to get out of his head when he’s dancing—and the song, ‘Hope This Makes You Love Me,’ is a little on the nose—but Edson is a powerhouse. His even does backflips. Paula calls his routine the best of the day. Edson is going to Vegas.”

Is Edson Juarez gay or does he have a girlfriend? You tell us! Our friends Deena and Kevin would like to know.