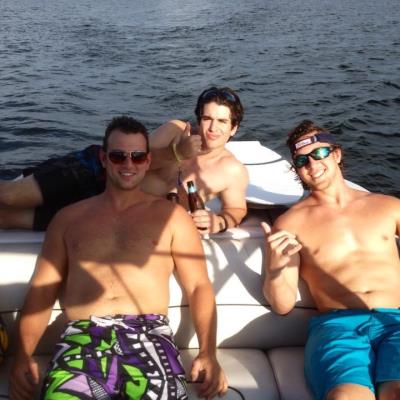 This is the only Trevor Siemian shirtless photo at the moment. But we will update this post in the future if we find more toplessness from our Superbowl Champ.

Trevor Siemian Girlfriend. Is he dating anyone at the moment? What’s his relationship status like? Is he single or married? Well, he is neither of those. But he is in a relationship with girlfriend Bo Podkopacz. Here’s a photo of the lovebirds. 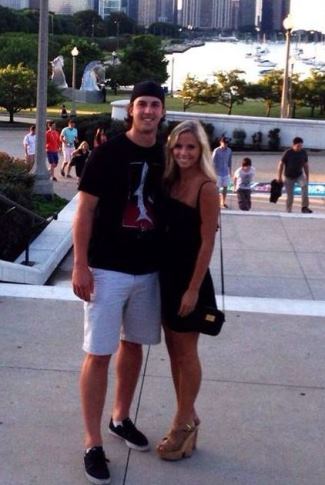 Trevor and Bo sittin’ on a tree… They sure look happy together, don’t they? 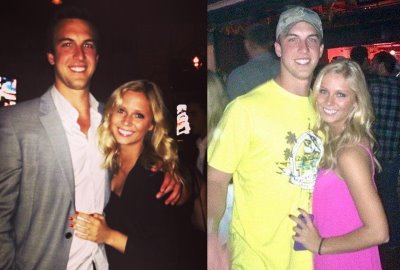 More about Bo from playerwives.com:

Naturally, Trevor and Bo met at college. Thus, their relationship is over three years old. Trevor Siemian’s girlfriend played college soccer at school, but she is not pursuing a professional career. Actually, her degree is a bachelor’s in science for learning and organizational change. I don’t know what that is, but it sounds snazzy. She is now a manager for a glasses company in Illinois.

Trevor Siemian Peyton Manning Lookalikes. Does Trevor look like fellow Denver Broncos quarterback Peyton Manning? We sure think they do look similar but our fellow Famewatchers Deena and Kevin are not convinced. What do you think? 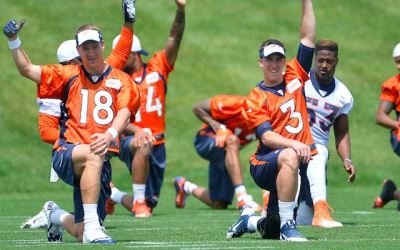 If these two ain’t lookalikes, we don’t know who are! 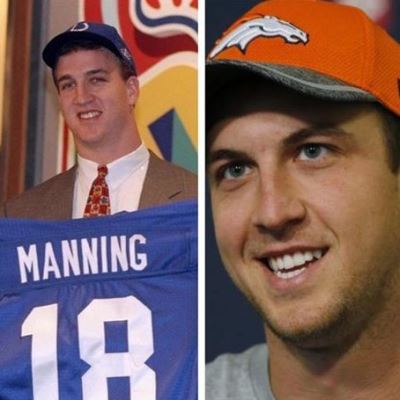 Ain’t our Trevor hot and sexy? Props to him for not having triskaidekaphobia aka fear of the number 13. We kinda have it and you won’t believe the silly things we do to avoid the number. Hahaha.

Trevor and his pals. Magic mirror on the wall, who’s the hottest of them all? 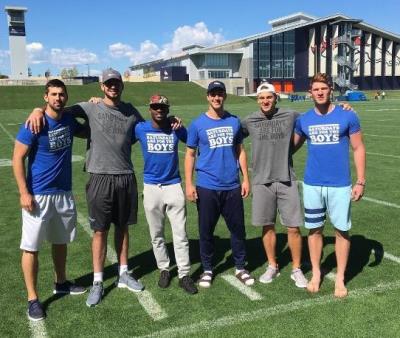 Hmmm. Does he have a sponsorship deal with Skittles? Is he a spokesmodel for the brand? That would be sweet!!! 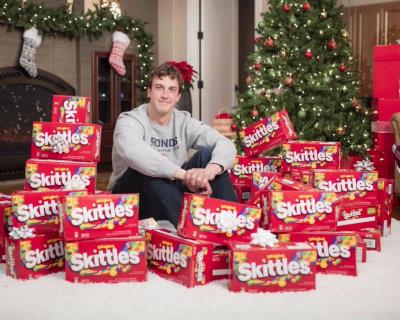