Trench Coats for Men: David Beckham’s Burberry. Look who’s wearing a Burberry trench coat? It’s the King of Football himself, David Beckham. The guy sure knows how to be trendy doesn’t he? We won’t be surprised if he, along with wife Victoria, will end up building a formidable fashion empire once he gives up his ball-kicking ways. 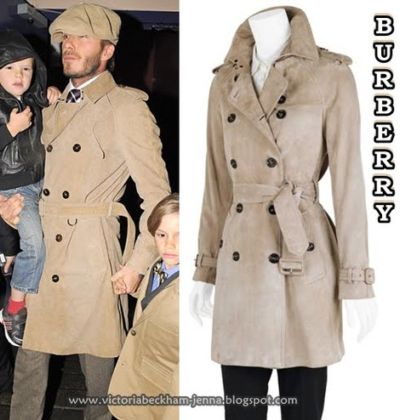 What do you think? Would you agree that Becks has a fighting chance of also making it big in the fashion world? Or should he stick to making and selling perfumes like his David Beckham Pure Instinct?

Want more male celebrities in designer trench coats? Of course you do. Let’s begin with Star Trek actor Zachary Quinto in this photoshoot for men’s fashion mag, GQ Magazine. What brand of coat is he wearing? That’s a double-breasted Prada trench coat, honey. 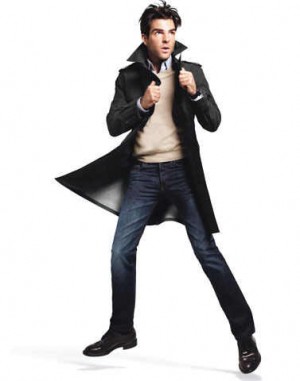 Who’s got the more fabulous trench coat, Zachary or Kanye West? Zachary is wearing Prada while, for his part, the “Gold Digger” singer is covering himself in a Balmain trench coat. 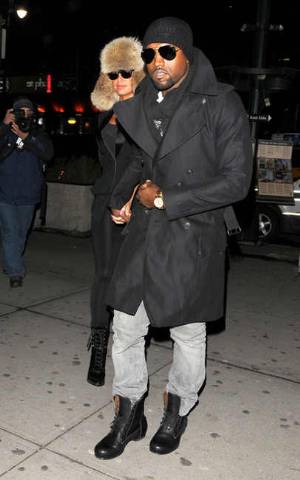 From American celebrities, let’s cross the Atlantic and go to Italy. Who’s in Italy, you ask? Duh, broody but hot Italian hunks of course. You know, like Marco Mengoni. The winner of the third season of the Italian version of X-Factor is wearing a Burberry trench coat. We guess this makes him “trench buddies” with David Beckham, huh?

Another European celebrity who was spotted wearing a designer trench coat is Ollie Barbieri who’s wearing a Topman coat in the photo below. You may not be familiar with the nineteen-year-old’s if you don’t live in the U.K. where he stars as JJ Jones in the TV series, Skins. He’s still young so expect to see more of him in the future. 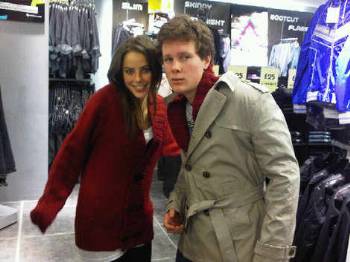 Let’s end our post on trench coats for men worn by famous celebrities with this cool photo of Emmy Award-winning actor Aaron Paul. 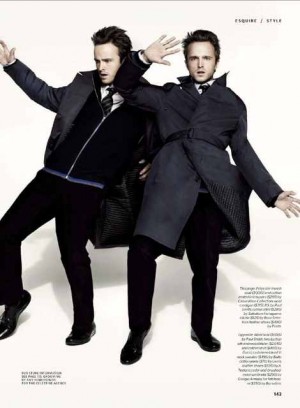 What brand does he prefer, you ask? Well, among the other outfits you see him wearing, the Breaking Bad star is wearing a fabulous trench coat by Calvin Klein.