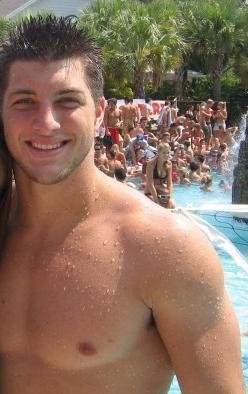 And it looks like he’s a licker too. Hehe. Does the fact that he is into dude-licking — as we can see in this photo — indicate that our Tim is into guys? In other words, is Tim Tebow gay or straight? 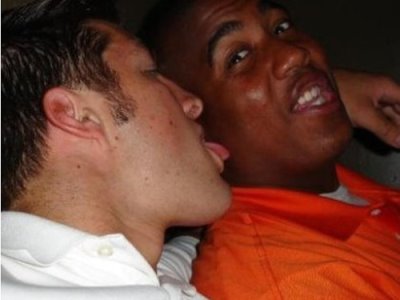 Don’t worry, girls. He is straight. And he is a good old Christian boy. Here’s Tim acting in some church play or something. 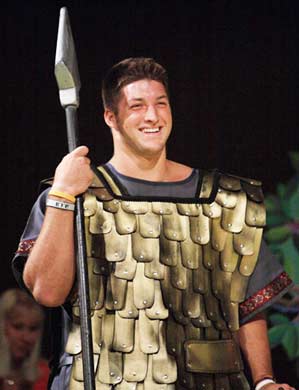 From wikipedia: Timothy “Tim” Richard Tebow (born August 14, 1987) is an American football quarterback for the Florida Gators. He was the first college football player to both rush and pass for 20 touchdowns in a season and was the first sophomore to win the Heisman Trophy.

Tebow played quarterback for Nease High School in Ponte Vedra Beach, Florida, where he became a Division I-A recruit and ranked among the top quarterback prospects in the nation as a senior. After a tight recruiting battle, he chose to attend the University of Florida over the University of Alabama.

Tebow, being a dual threat quarterback adept at rushing and passing the football, was used in his freshman season largely as a change of pace to the Gators’ more traditional quarterback, Chris Leak. His contribution in the 2006 college football season was as a key reserve who helped the Gators win college football’s national championship game for the first time since 1996. 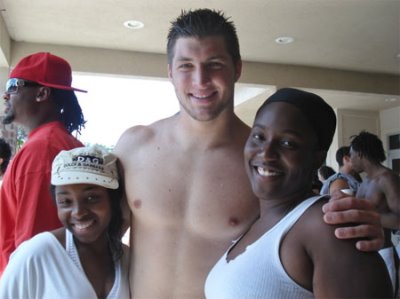 As a sophomore in the 2007 season, he became the Gators’ starting quarterback and broke the Southeastern Conference records for both rushing touchdowns and total touchdowns accounted for in a single season.

Is this the girlfriend of our Tim Tebow? Looks like she is, no? 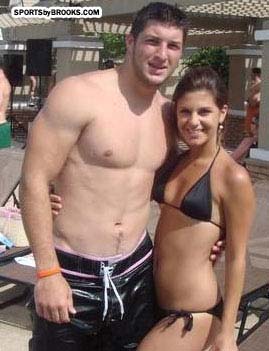