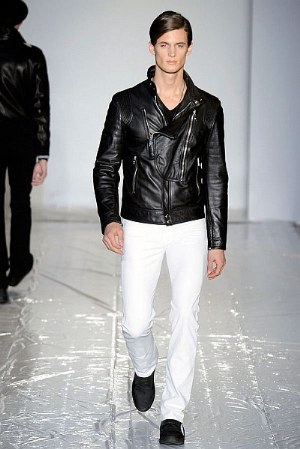 Obviously, American actor Ian Somerhalder loves, loves, loves him his Spurr leather jacket too as he’s wearing one in the photo below. 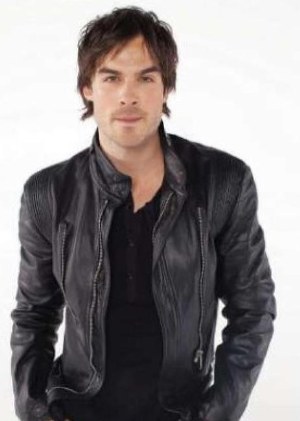 Aside from Ian Somerhalder, another celebrity who was spotted wearing a Simon Spurr leather jacket is Xavier Samuel. Remember him, he’s the Aussie dude who was cast as Riley in Twilight Eclipse. [Check out Xavier Samuel’s underwear.]

Xavier was seen wearing a classic black Simon Spurr leather jacket (from the Simon Spurr Spring|Summer 2009 Menswear Collection) when he, along with Twilight co-star Ashley Greene, attended the 2010 MuchMusic Video Awards in Toronto. 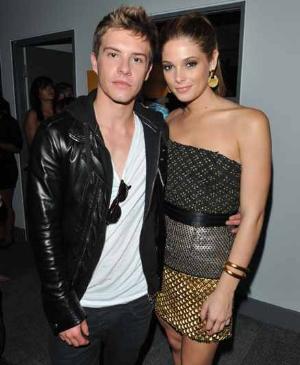 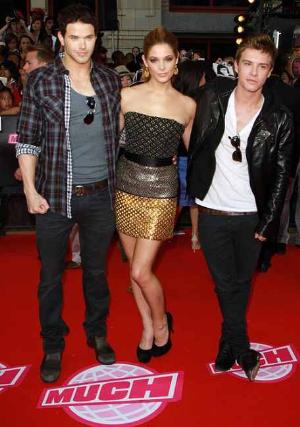 Three is a crowd so who would you kick out of these three? Our friend Kevin says he’d kick out Ashley and let them two guys go at it. Hehe. Want to check out Kellan Lutz’s leather jacket?