Sam Brock of NBC is our Hot Media Man of the Day. Let us continue blogging about Hot Media Men and our hunk of the day is the tall drink of a man that is Sam Brock.

Sam, for those of you just discovering him, is a Miami-based correspondent for NBC News and MSNBC. Prior to his promotion to the national network, he was a reporter for KNTV, the NBC Bay Area station which is based in San Jose California. He also worked at the WTVR in Richmond, Virginia and at TV-3 in Winchester, VA.

According to the NBC media release announcing his promotion, Sam has bagged a total of four Emmy Awards for his reporting. 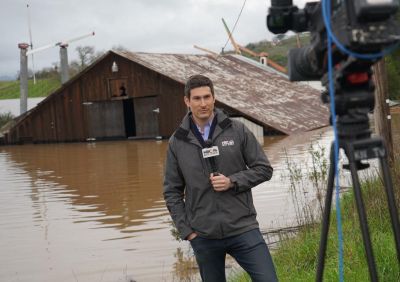 He won two for KNTV, “one for his reporting on the 2016 Ghost Ship warehouse fire in Oakland and the other for his coverage of the Asiana plane crash in 2012.”

And his other two for WTVR: “During his four years there, he reported on numerous wide-ranging topics, including a series of investigative stories on how Virginia cares for intellectually-disabled residents, which won him an Emmy. He also received another Emmy at WTVR for his business reporting on the rise and fall of Circuit City.”

With them awards, you can say that the guy sure knows his news, no? Oh, did we say he is a tall drink of water? 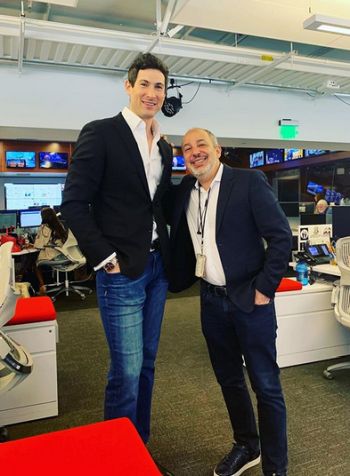 Shirtless Sam Brock Photos? Unfortunately for the thirsty hos among us, it looks like Sam is the kind of guy who doesn’t like having shirtless photos of himself or doesn’t like sharing them on social media. Now, if you are really thirsty for a shirtless media hunk, go check out our post on the hirsute and dimpled Morgan Chesky.

But here are photos of the guy looking cool and cute in his suit and tie. 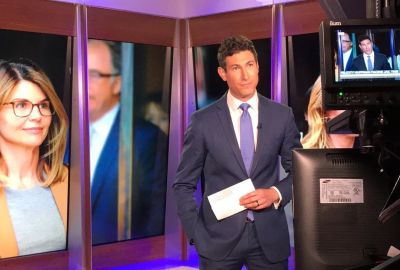 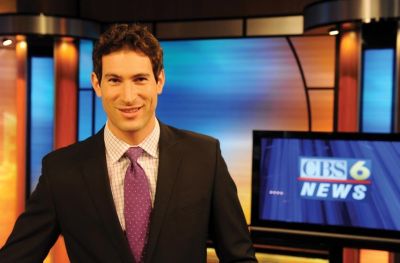 And one in his jeans and button up shirt. 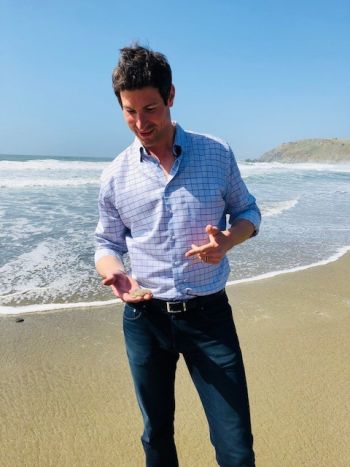 Sam Brock Gay or Straight? Single or Married? He is straight and is very much married to Gabriella Dellan. Here are photos of their wedding which we grabbed from Sam’s Insta page (which you might want to follow @sambrocktv). 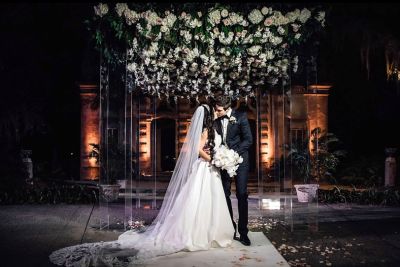 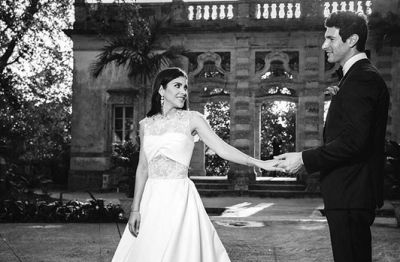 Like Sam, Gabriela is also in the broadcast biz (weather anchor for Telemundo) and like her hubby, she is also an Emmy Award winner. 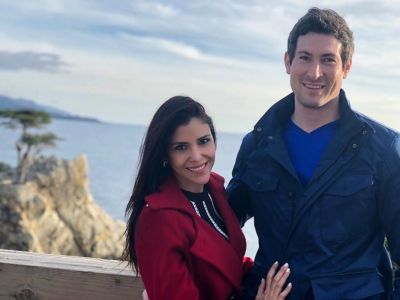 The two met on the job. Apparently, NBC Bay Area and Telemundo 48 share the same building. In the pic below, we see the couple serving as masters of ceremonies for a fundraising event for the Juvenile Diabetes Research Foundation (JRDF), a non-profit which funds diabetes research and advocates for people with type 1 diabetes. 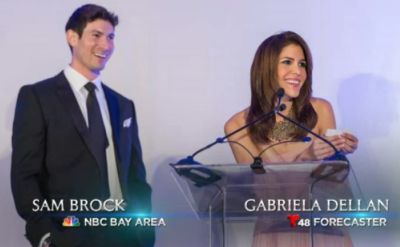