Ryan Reynolds Piaget Watch. You know a celebrity is back at the top if luxury brands are signing him/her as a brand ambassador. For instance, let’s take the case of Ryan Reynolds. The Deadpool star recently inked a deal to be a brand ambassador for Piaget, the Swiss luxury watchmaker and jeweler. 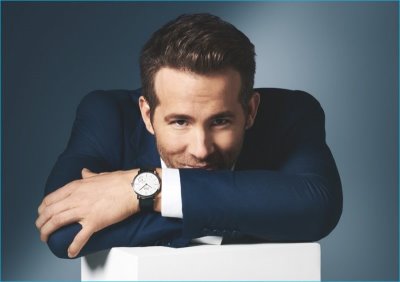 Ryan Reynolds delights audiences around the world with a blend of elegance and charisma. His remarkable and daring on-screen performances paired with his magnetic good looks have earned him a place as one of Hollywood’s leading men. Like Piaget, he fearlessly brings creativity to his art, and we are thrilled to welcome him to the Piaget family.

Meanwhile, here’s Ryan’s take on his new gig as a Piaget brand ambassador:

I’m very excited and very happy to join the Piaget family. I’ve known about Piaget since I was a little kid. You can’t find a more iconic brand, or one that better exemplifies craftsmanship, elegance and creativity. This is something that means a lot to me. I work in a field where things can be cast away quite quickly. So when you find something iconic, something timeless, it’s important. And that’s what I love about Piaget.

Two years ago, this partnership would not be happening. Back then, everyone and their cousin thought Ryan’s career was dead because of his stinker of a movie, The Green Lantern. However, our Canadian hottie bounced back courtesy of the Deadpool movie which charmed everyone and surpassed all box office projections. In fact, our Ryan didn’t just bounce back. He bounced back to the very top where he rightfully belongs. We are happy for him. We heard he is a genuinely nice guy. So we hope he has more brand ambassadorships in the future like his Piaget gig.

So what exactly is the Ryan Reynolds Piaget watch he’s wearing above. People Mag says its a Piaget Altiplano 900P. Give it a closer look, will ya? 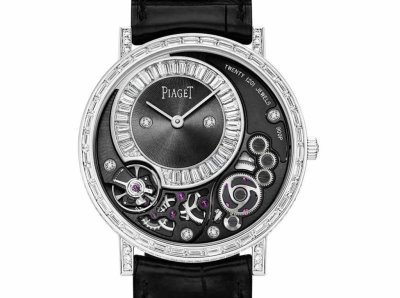