Ryan Reynolds Underwear. Does Ryan Reynolds wear boxer or briefs underwear? Back in 2010, he told People Magazine that he prefers briefs. Here’s his exact quote when he answered the “boxers or briefs” question: “Lately, briefs, I’m afraid. Just for the joy of briefs. They’re functional and sort of hilarious.” 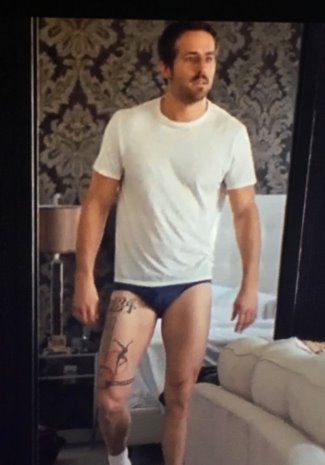 Since he gave his answer back in 2010, we are not 100% sure whether the Deadpool star still picks briefs over boxers. We won’t be surprised if he evolved as he got older. However, it seems like he still prefers briefs. Or at least he does in this scene from the movie Mississipi Grind. We haven’t heard of it but the movie was apparently released last year. Want more male celebrity underwear?

Now, we wanted to add more Ryan Reynolds underwear photos from his other movies but we can’t find more. However, let’s check him out rocking this shirtless look in The Amityville Horror. Damn! He’s got some sexy body! 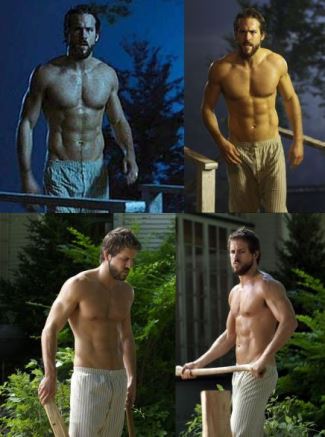 ORIGINAL POST published 22 August 2012: Ryan Reynolds Underwear in Green Lantern. If you went “Who’s that guy? What is he doing? Is he dead” when you looked at the picture below, we’d like you to know that you are not alone with that train of thought. We also didn’t recognize the guy who turned out to be Ryan Reynolds. 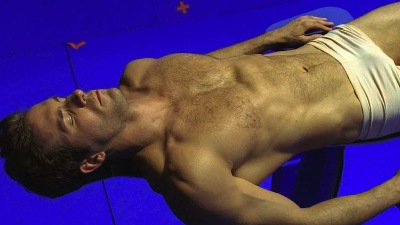 So what is an underwear-clad Ryan doing in the picture resting like he’s dead? Well, the pic are actually screencaps  from Ryan’s disaster of a movie, Green Lantern.

Remember Green Lantern? It should have been Ryan’s ticket to the Hollywood A-List. But it didn’t happen because the movie is pure crap. So it did not make money. And some stupid people are blaming Ryan for the box-office disaster. You know what, we absolve Ryan for the Green Lantern tragedy. And we blame either the director or the producer of the movie. If your supervillain is nothing but a silly talking cloud, then the director and/or producer totally deserve the criticisms that go their way.