White Briefs Underwear for Men: A Brand Listing. Is there anything more classic when it comes to men’s underthingies than white briefs? We sure can’t think of any! Can you? Depends of course what you mean by classic and we here at Famewatcher define the word as something that has stood the test of time, is still fashionable today, and won’t go away in the future. Like, you know, Levis denim jeans, a sharply tailored three-piece suit, and silk ties.

Anyhoo, if you are looking for white briefs underwear for yourself or your man but don’t know what to buy, here’s a list of underwear brands you might want to check out:

Calvin Kleins Underwear (below left). You can’t go wrong with Calvin Kleins. White briefs has always been a popular but CK, through its controversial ads featuring Tom Hintnaus, is the first to bring it out in the open for everyone to appreciate how it looks oh-so-good on a man. 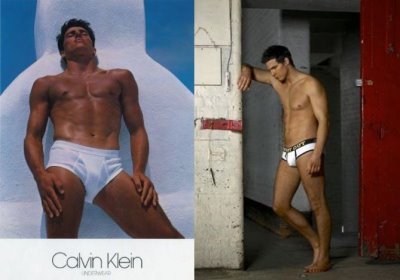 Schultz Underwear (above right). Ever heard of Schultz underwear? This is also our first tie to hear of it but whoever is designing these undies deserve lots of props for the colorful and suggestive names for their underwear (like, say, I Want Out or Girls on Top or Coming Soon). 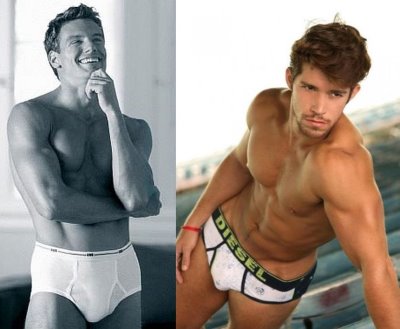 Emporio Armani and Garcon White Briefs Underwear. David Beckham may have moved on from his Emporio Armani days but this EA advert featuring the football/soccer god is worth memorializing. Now, is the global football icon checking out the other model’s Garcon underwear? Looks like it, no? 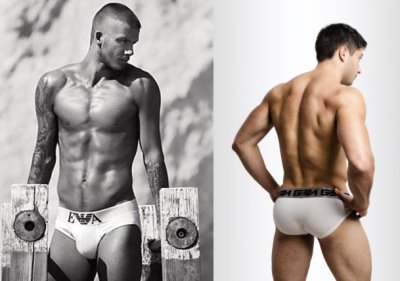 Ginch Gonch and Jockey White Briefs Underwear. Canadian label Ginch Gonch is typically known for its colorful underwear but it can’t resist the charm of white undies. Speaking of classic white briefs underwear, you can’t go more classic than Jim Palmer and his Jockeys. By the way Famewatchers, is Jockey — rather than Calvin Klein — the first underwear company to bring out the white briefs from the closet? In other words, is Jockey the first label to prominently display white briefs in its advertising campaigns? 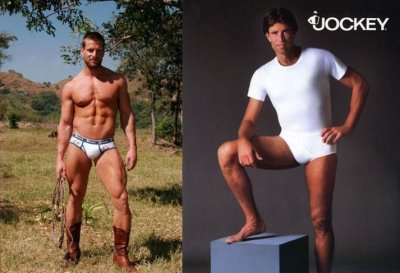 Dolce & Gabbana and Aussiebum White Briefs Underwear. Everything looks great on British male supermodel David Gandy so we’re not surprised that this skimpy Dolce & Gabbana briefs looks awesome on him.

Meantime, who says you can’t go pick bananas wearing nothing but a pair of tighty whitie underwear? Certainly not the folks from Aussiebum. The Australian brand which is fairly new in the men’s underwear game but, from the looks of it, it has already conquered the world. [Want to see more Aussiebum Male Underwear Models?] 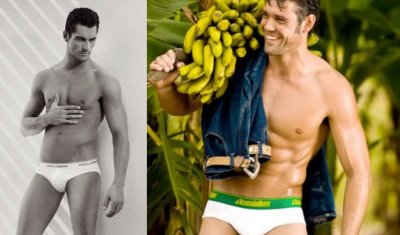 2xist and Baskit White Underwear Briefs. Like Aussiebum, 2xist is a relatively new player which has managed to go global. Baskit, for its part, also makes tighty whities that are just as sexy as the 2xist Resort White Contour Pouch Briefs. 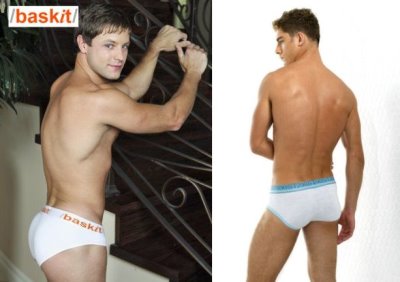 So which of the above tighty whitie underwear is your favorite? Sound out in the comment section.