Richard Kahui Wedding and Family Photos (2019 Update). Seven years after we shamelessly drooled over rugby player Richard Kahui, we are updating this post to bring you photos of his wedding and his family. He actually married his then girlfriend as far back as 2013 and then the couple had a child the following year. So we are really, really late with this update but better late than never, no?

On the cover of New Zealand Woman’s Weekly Magazine. For those of you wondering, Amy’s wedding dress is by made by designer Jane Yeh. 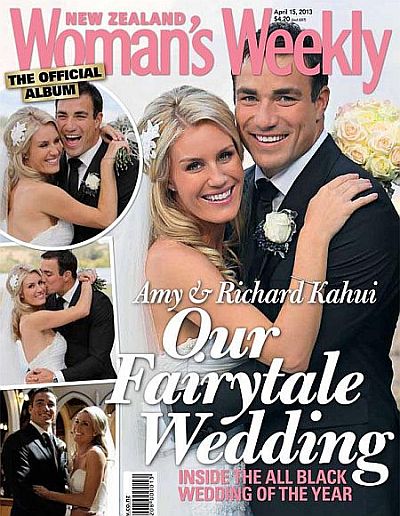 The next year, Woman’s Weekly did a follow-up story about the Kahuis and they made the cover again with their new baby angel. 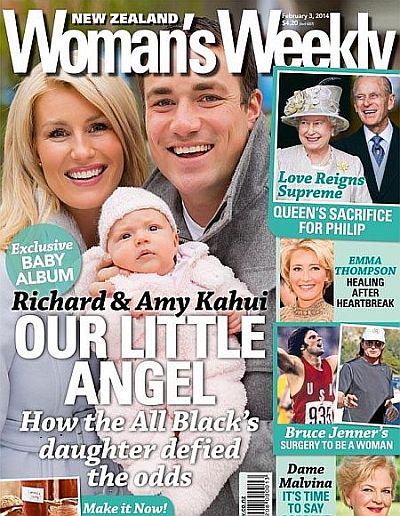 Finally, Richard shared the photo below of his family (which now includes two more children) in a story he wrote for AEIOU Foundation. For more updates on our Kiwi rugby hunk, follow him on social media (richiekauai on both Twitter and Instagram). 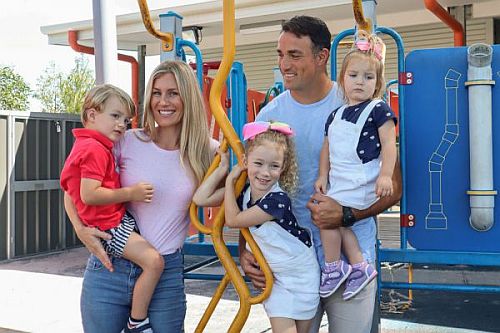 Richard Kahui Shirtless, Underwear, Speedo Photos (published October 2012). Who’s the dude in the pic below? If you have to ask, you are clearly not a fan of rugby because you would have known that he is no other than Richard Kahui, a rugby union footballer who plays for The Chiefs as well as for the New Zealand All Blacks which he helped to win the 2011 Rugby World Cup. 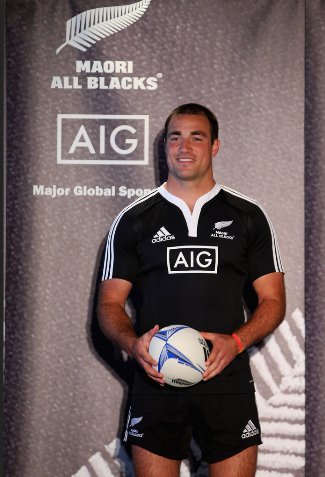 Is Richard married? Hah! We know you will ask that question! He is not married but don’t get your hopes up because he is very much engaged. According to the New Zealand Herald, our rugby hunk recently popped the “will you marry me” question to Amy Rhodes, a teacher from Sydney. She, of course, answered in the affirmative and has, in fact, moved from Australia to Hamilton, Zealand where our rugby heartthrob plays rugby. Here’s a photo of the betrothed couple. They haven’t announced any date yet but we plan to update this post in the future so we can talk more about wedding stuff. 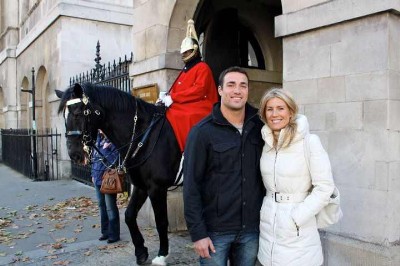 In celebration of Richard’s impending wedding, let’s appreciate his hunkiness, shall we? Here’s a shirtless Richard looking gorgeous with body hair and all. Props to him for not shaving them. [Deena says: Body shaving is for silly metrosexuals like Simon Cowell and no men in their right mind wants to be compared to Simon Cowell.] 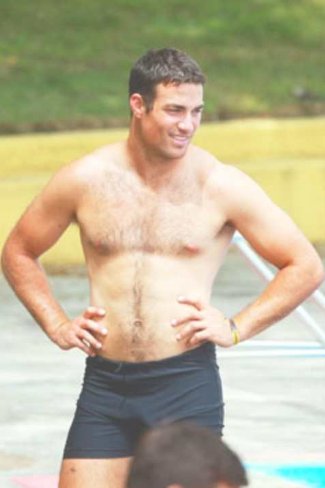 Richard with his buddies. He’s in his itsy bitsy, teeny-weeny skimpy Speedo bikini. He’s the one on the left, for those of you who are wondering. 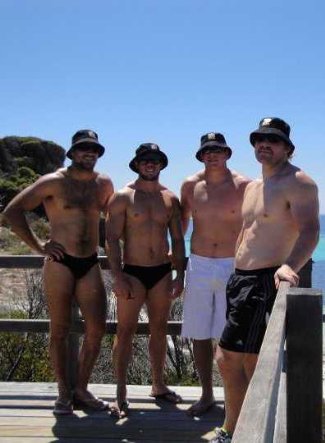 Ever tried riding a bike with nothing but a pair of Speedos? We bet it hurt, eh? 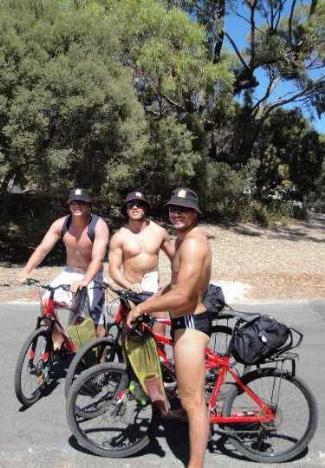 But it doesn’t look like he rode that bike in his Speedos. Now that’s a real biking hunk, not the Lance Armstrong fraud who doped his way to 7 Tour de France titles. Thank heavens he’s now been proven to be a fraud and stripped of his titles. 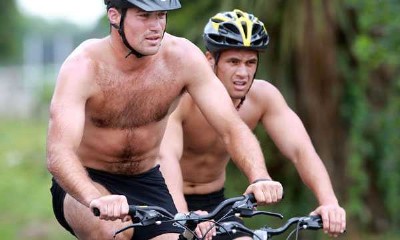 But let’s not be distracted by the Lance Armstrong story, okay? Let’s focus instead on Richard’s awesomeness. Here’s Richard as a swimming hunk! 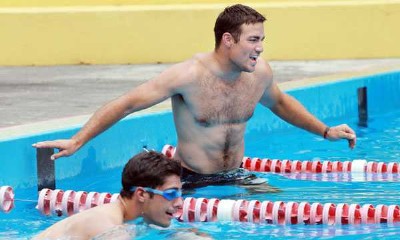 And, Richard as a police cutie Awww, he is sooo darn hawt! Hehe. 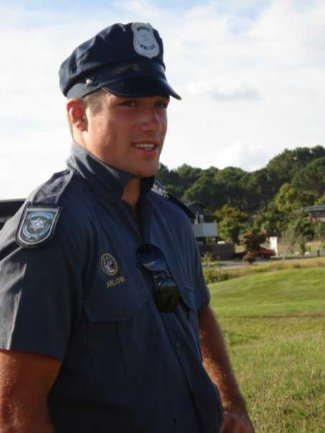