Rhythm + Flow Recap: Best New York Auditions. Our what’s poppin’ queen Cardi B, who’s originally from the Bronx, flies to New York to audition rapper wannabes from her home city. The event is held at the SOB Club in Manhattan but before the auditions she goes to an interview with Ebro in the Morning to promote Rhythm + Flow and to invite rappers to participate. Because she wants an NYC rapper to win the competition, Cardi admitted during the interview that she’s scared that she might end up not picking the right person.

Good thing Fat Joe and Jadakiss join her in the judging chairs so they can add another perspective on who have the potential to become the next big thing in hip-hop. [Check out our recap for the LA Rhythm and Flow episode.]

Onetake Carter, 24 years old, Long Island NY. Fat Joe may not have been impressed with his drag race-inspired outfit (the car one, not the Rupaul one) but he likes Onetake’s rapping. Both Jadakiss and Cardi B also gave him the thumbs up.

Ant Beale, 26 years old, Gloucester NJ. His red see-through shirt got the attention of Jadakiss who actually liked his performance. However, Ant Beale failed to impress Cardi B because “he did not stab her heart but he sliced it”. Apparently, our Rhythm + Flow queen prefers to be stabbed rather than sliced. 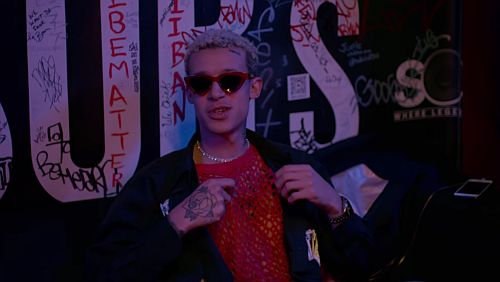 Savannah Hannah, 21 years old, Bronx NY. Fat Joe tells her he sees a glimpse of greatness in her performance and Jadakiss adds that although she has talent and stage presence she still has to get things all way right. Cardi B was hesitant to put her through to the next round but, after a plea by Savannah that she could do better and with some support from the crowd, Cardi tells her that she qualified for L.A.

Savannah with her brothers in the Bronx.

Beanz, 24 years old, Reading PA. She may be tiny but she rocked her performance and impressed the judges, particularly Fat Joe and Jadakiss, with her badassness. After advising Beanz to work on her stage presence, Cardi sends her to California to compete in the next round.

Cakes Da Killa, 28 years old, Brooklyn NY. Cakes Da Killa is on a mission to break the misconception that “a lesbian can be a rapper but a gay guy cannot be.” After his audition, Fat Joe says he is conflicted, Jadakiss loves him, and Cardi B puts him through after advising him to be prepared should “they” come for him because he is the first gay rapper. Now, we like Cakes and we think he deserves to go L.A. but weren’t there gay rappers before him? Lil Nas X may have come out after this episode was taped but didn’t Frank Ocean came out as far back as 2012? 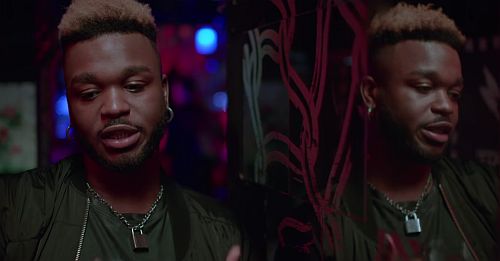 J-Pex, 20 years old, Philadelphia PA. He did not make the cut but he’s still happy he auditioned and walks away with confidence because, after all, this is his very first performance before a live audience. We actually like his song but he needed more stage presence as underscored by the judges.

Felisha George, 24 years old, Maplewood NJ. After a montage of auditionees who did not make it, Felisha boosts the mood of the judges and the audience with her performance and a fabulous outfit. We like her a lot and she’s up there in our list of frontrunners.

Kay Makavel, 21 years old, Bronx NY. After playfully pretending that Kay ain’t have the goods to make it further, Cardi B sends this bubbly rapper to L.A. There’s no doubt in our mind that she won’t go through considering the strong vote of confidence from Jadakiss. 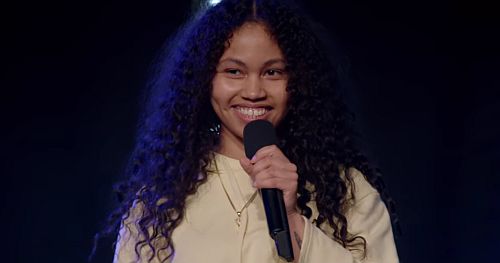 Flawless Real Talk, 31 years old, Province RI. This father of two, with another one on the way, delivers an electrifying performance which captivates the judges and the live audience. He grabbed our attention with his very first lyrics (“They say it’s lonely at the top, well that’s hardly true”) and stabbed our hearts with his succeeding words (“And judging from this view I guess its lonely at the bottom too”). And then he ends his performance with the funniest line we’ve heard so far (“Can’t place a price on time unless its an Audemars).

He’s really good and it’s clear that his words struck a chord with the judges. He kinda looks like Trevor Noah (Cardi says he is “Eminemish”) which is why our friend Deena started to develop a crush on him. But we squashed her thirstiness with the reminder that Flawless Real Talk has a fiance and a baby on the way.

Seriously though, after that flawless performance, would you agree with us that Cardi B and NYC have a real contender for the top price in the person of Flawless Real Talk? We hope he continues to deliver and go all the way.