Chicago Auditions With Chance the Rapper. Chance the Rapper is in Chicago to audition talents from his home city. He began his quest by visiting the Harold Washington Library where he started his career. Initially, we were like, “A library? Did he read about rappers there and was inspired by them and decided to become a rapper?”

Well, we’re pretty sure he did some reading about rap and other stuff in the library but, apparently, Harold Washington has an arts program which provided a space where Chance recorded some of his early works. This is the first time we see and hear of a library that provides non-book/non-internet related services so big props to the good people behind this program for their out-of-the-box thinking.

Anyhoo, here’s a 17-year-old Chance rapping at the Harold Washington Library where he made his debut mixtape, 10-Day, which tells the story about his ten-day suspension for marijuana possession.

Before the big night at the Reggies Rock Club, Chance holds a pre-audition screening in the library where we get to meet Big Mouf’Bo (24 years old, Chicago IL). She delivers a confident performance which is so good that the Rhythm + Flow judge decides to send her directly to LA without having to go through the Reggies auditions. As it happens, she cried when she learned of her good fate, we cried watching her cry, and we cried even further when we see her share the news with her Grandma Bernice. After all that crying, we decided that we are gonna stan Big Mouf’Bo as well as her grandmama.

Aside from Big Mouf’Bo, here are the other standouts from Chicago:

Jae Ham, 18 years old, Chicago IL. Jae is a college student who performs with the Kuumba Lynx Performing Arts Program which also serves as a safe haven for his little brother who’s born with a “defect” (Jae’s words). Royce tells him that he is good but advises him to also finish school which Jae agrees with, Twista says that he lit up the stage, and Chance agrees with his colleagues and sends Jae Ham to Los Angeles. Jae and his little bro:

We can’t get enough of this heart-warming brotherly love so here’s another GIF:

Kaylee Crossfire, 28 years old, Milwaukee Wisconsin. Twista says she brought it from beginning to end, Royce loves her performance as well as her passion, and Chance liked how comfortable she was on stage and sent her on to the next round of the competition. 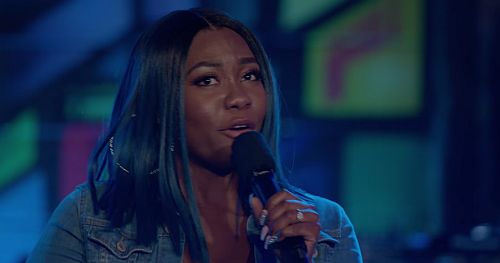 Ariyon, 18 years old, Chicago IL. This high school student (12th grade) admits that he’s got a weird-ass name and tells us that he lives in the South Side of Chicago where guys are “just shooting to be shooting”. His audition did not go smoothly — he flubbed some lyrics —  but he sure has raw talent so we clapped our hands when Chance sent him on to LA. Here’s Ariyon doing his homework before he went to the auditions. His mother made sure he finished his house chores too. Way to go, Mama! 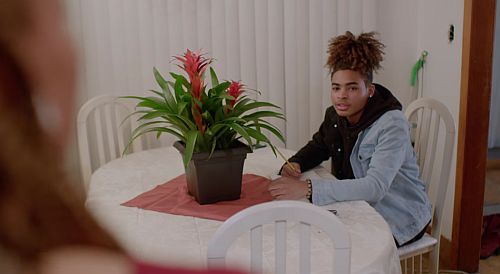 Troi, 22 years old, Detroit MI. She started really well but her nerves got the better of her and she missed some of her lyrics. We were rooting for her so our heart broke when she got a “no” from Chance. On the positive side, she did get some helpful advice from the judges on how to deal with being nervous. To paraphrase Royce Da 5’9″, you gotta practice a lot, a lot, and you will be less nervous. Because she has a smooth voice, Royce also told her to pick beats that are not so aggressive. 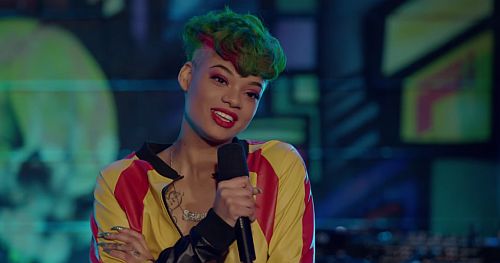 Sam Be Yourself, 25 years old, Detroit MI. Like his fellow Detroiter, Sam Be Yourself has some issues with being nervous. He need not worry though because he owned the stage with a confident performance with some freestyling (Twista is a G, f*cking with Chance the Rapper, Royce you do it for the D). The judges are impressed with Sam and gave him huge compliments for his freestyling bit (apparently, it’s not that easy). He moves on to the next round with his beanie, nerdy glasses, and all. Question: What exactly does he mean when he says Royce is doing it for the D? Dinero perhaps? 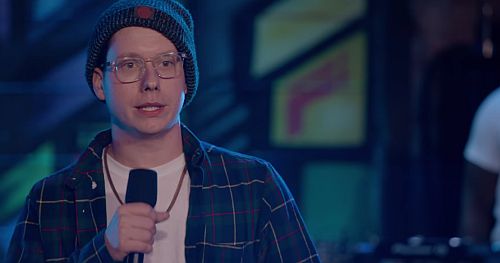 Yung Water, 18 years old, Chicago IL. Boy, we love this guy even if he carries a baby head around his neck and makes demon references in his lyrics. He didn’t make it to the next round but was encouraged by the judges to continue to do what he is doing because there is an audience for it. Royce adds that Rhythm + Flow may not be the right show for Yung and that he might be doing himself a disservice by not focusing on his niche where he can get big and blow up. Yung took the advice of the judges well, acknowledges that he is not for everybody, and kinda shaded Chance by referring to him as a Gospel rapper. 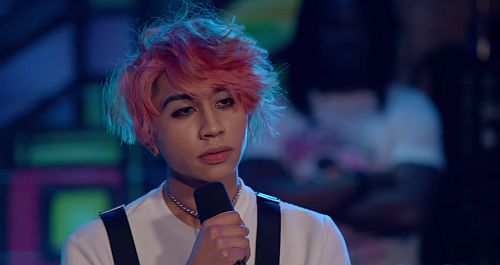 Sasha Go Hard, 27 years old, Chicago IL. The judges are already familiar with Sasha Go Hard so she’s staking her good reputation by auditioning. She did not disappoint and delivered an awesome performance  despite a slip-up from which she easily recovered from. We like her, the judges like her, and the mother of one (a daughter named Yaniah) whose boyfriend is also a rapper (I.L Will) moves on to LA to do battle with other rap artists. 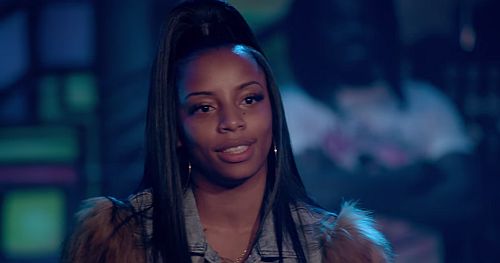 Nikee Turbo (27 years old, St. Louis MO) brought fun to the audition and energy to the stage. After his performance, Twista noted that he should control his energy and advised him to continue working on his craft. Royce added that he ran out of breath while Chance observed that he failed to tell his story through his music. Despite some reservations, Chance believes that Nikee has “it” and sent him on to LA. 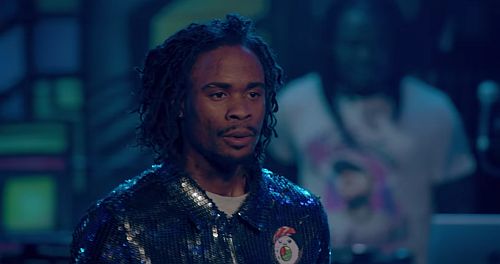 Jakob Campbell, 20, Denver CO. Like the previous New York Rhythm and Flow episode, the show saved the best for last in this episode with Jacob Campbell who delivered a touching performance about trying to make ends meet. The story he’s telling through his lyrics sure caught our attention and made us understand what Chance meant when he underscored Nikee’s inability to relate his story.

The judges loved Jakob and he made it to the next round. Royce went technical in his critique noting how he likes Jakob’s tactic of slowing down with the Jill Scott line and getting the hype back up again. We appreciate when the judges do this since, as we noted in our first recap, we are new to this genre and are just familiarizing ourselves with the help of Rhythm + Flow. For his part, Twista observed that Jakob managed to translate his happy, funny type of vibe into his music and that he’s got nothing bad to say about the performance. The Denver native got the best compliment from Chance who said that he’d listen to the song right now.

So who are we stanning among the Chicago auditionees? All of them are good, even the ones who did not make it to the next round, but Big Mouf’Bo (“You won’t understand that until its your child”), Sasha Go Hard (“Had to clear out my circle, ain’t no room for no snakes”), and Jakob Campbell (“We getting warm by the stove…we seen the lowest of lows”) touched us the most with their story telling skills.