Republican Hypocrites and Their Real Family Values. What happened to the Republican hypocrites below? Well, Nikki Haley is a Trump toadie. Focus on the Family’s Juan Alberto Ovalle was sentenced to five years in prison and must register as a s*x offender. Fox News producer Aaron Bruns was sentenced to ten years after it was determined that he is a repeat offender.

And, our favorite of them all, Stephen Baldwin continues to stiff whoever is stupid enough to lend him money. In 2017, he was kicked out his home after it was foreclosed for his failure to pay his loans with Deutsche Bank. Stephen gonna Stephen.

Hey Stephen, what’s up with the duck lips? 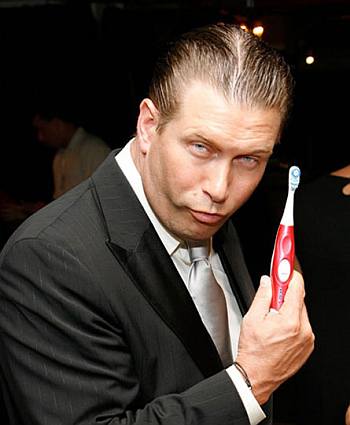 …..
Nikki Haley and Will Folks Sitting on a Tree – Photo (28 May 2010). Ahh. Traditional family conservative “values” Republicans and their scandals. Very much married Nikki Haley reportedly had an inappropriate affair with Will Folks, a South Carolina blogger. And she claims to be a good Christian like that bankrupt Stephen Baldwin? 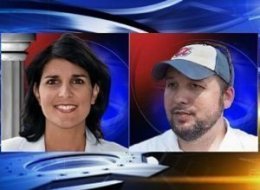 …..
Stephen Baldwin: Christian Celebrity is Bankrupt (22 July 2009). Don’t look now but “Christian” celebrity Stephen Baldwin, who famously said that he’ll migrate to Canada if Obama is elected President, has not been paying his taxes. And he’s filed for bankruptcy too. 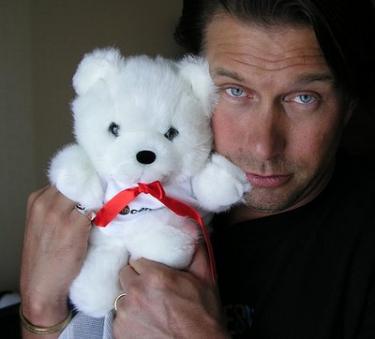 Obviously, like his fellow modern-day Pharisees who don’t practice what they preach, Baldwin has not really followed God’s commandments about 1) being a good steward to the resources that God has given them and 2) rendering unto Caesar the things that are Caesar’s, you know, paying your damn taxes. And to think that Stephen was acting all patriotic and all high and mighty during the elections. Ugh. Hypocrite, “Christian”.

…..
Juan Alberto Ovalle of Focus on the Family is a P*do (6 April 2009). Juan Alberto Ovalle, another Palinite “Christian” hypocrite has been busted. He tried to meet up with an underaged girl and was caught when it turns out that the girl he met via the internet was no girl at all but an undercover cop. What would Jesus do to guys like these. WWJD?

Ovalle reportedly founded the Spanish Christian Audio arm of Focus in the Family and “narrates Biblical text for CDs”. We bet he sometimes say, “Spank me, daddy, spank me. Ohhh!” in one of them narrations he makes and sells to his fellow hypocrites.

A man who narrates Christian CDs has been arrested on suspicion of using the Internet to arrange s*x with a teenage girl. Juan Alberto Ovalle, 42, thought he was corresponding with a girl under the age of 15, but instead it was undercover officers with the Jefferson County district attorney’s office, according to court documents.
…
“We’re shocked,” said Gary Schneeberger, a spokesman with Focus. Schneeberger said the group “is beginning its own process of looking into the allegations” and that it “will work with authorities” if asked. Ovalle was arrested Friday when he drove to Lakewood to meet the young girl, who was actually an undercover officer.

Trying to eff a 15-year-old girl eh, Juan? You think we are back in biblical times when that was the norm? Maybe you have a passage in the Bible that would justify your predatory behavior?

If it were up to us, that “shocked” Schneeberger dude and the rest of the Focus in the Family gang should also be investigated.

…..
Aaron Bruns: Fox News Child P*rn*grapher (11 February 2009). Why are we not surprised that Fox News has a producer caught possessing child p*rn*graphy? Because its very much in keeping with the hypocritical character of the “family values” network. 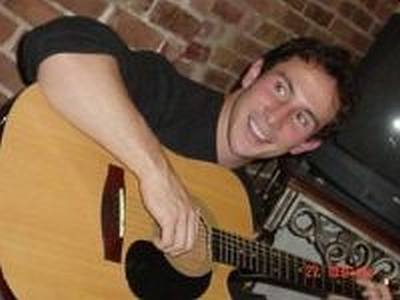 TV Newser reports: “A TVNewser tipster tells us Aaron Bruns, a producer in the Fox News Channel Washington, D.C. bureau, has been arrested and charged with one count of possession of child p*rn*graphy. A Fox News spokesperson confirms, telling TVNewser, ‘We are aware of the arrest and he is currently suspended without pay’.”

The report adds: “Bruns is in federal court in Washington, D.C. this afternoon appearing on the felony charge. Bruns has been with FNC for more than six years. He was an embed producer with the Hillary Clinton campaign last year.”

We hope that this Aaron Bruns dude will rot in jail.