Ralph Lauren Jackets For Men: Fall Winter and Spring Summer Celebrity Wear. Ahh, a smiling Robert Pattinson. Why is he smiling, we ask? Maybe because he’s wearing a very comfortable RRL USS Ralph Lauren Supply Distressed Jacket? Or maybe because he’s thinking about his upcoming rendezvous with Kristen Stewart? Or maybe he just had his daily smoke or something? 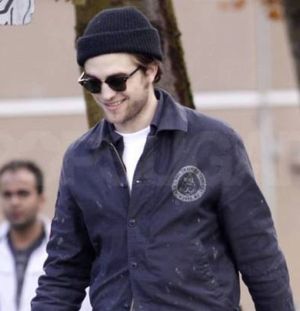 But then all of a sudden, the smile vanishes. Back to his pouty old Rpattz self. 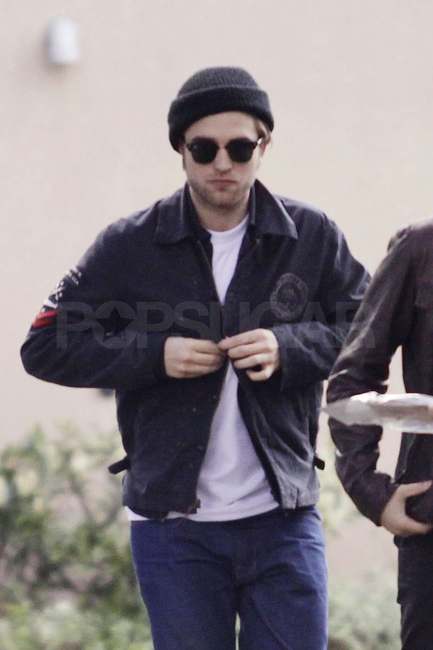 Is that a lucky fan? 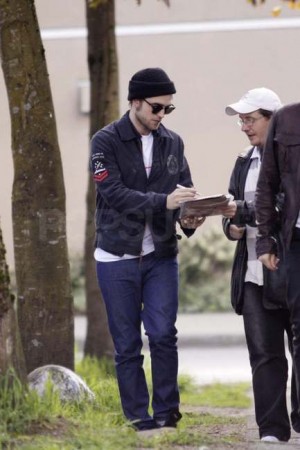 Celebrity Ralph Lauren Jackets and Coats (posted 02 October 2011). As it turns out, Robert Pattinson ain’t the only Twilight star who wears Ralph Lauren jackets. Who else loves him his Polo Ralph Lauren? Why, it’s Edward Cullen’s Twilight rival himself, Jacob Black (Taylor Lautner).

In this photoshoot for GQ Magazine, Taylor is wearing a reversible jacket from the Ralph Lauren Fall/Winter 2010 Menswear Collection. 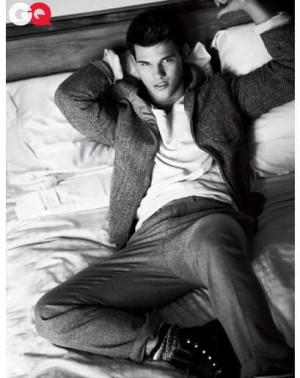 Taylor’s reversible jacket above is way cooler than Robert’s distressed jacket up there in our original post but do you think Edward is ready to wave the white flag for being less fabulous in his Ralph Lauren? Of course not, he may be an emo vampire who needed a bath three months ago but when it comes to his rivalry with Jacob, he’s not what you’d call a wimpy wimp. So he marshaled his resources to give us this Vanity Fair picture of him wearing a Ralph Lauren Black Label Stealth Microfiber Topcoat described as a “classically handsome topcoat…crafted for a sleek, trim fit in lightweight microfiber for modern technical elegance”. 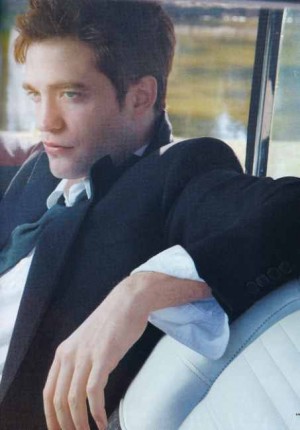 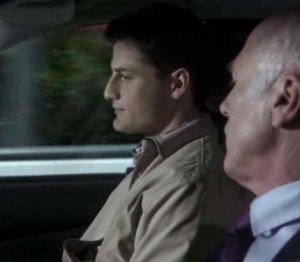 Of course, we should not also forget the U.S. Olympic team at the Vancouver 2010 Winter Games who were dressed by Ralph Lauren. One can argue that they were the most fashionably dressed team, right?

Check out these athletes in their Polo Ralph Lauren Opening Ceremony Down Jacket. 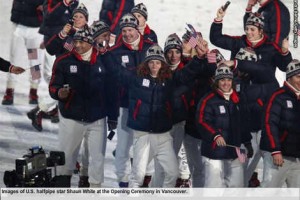 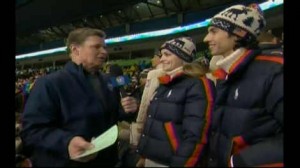 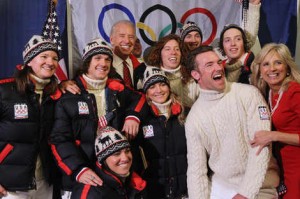 Aww, is that Vice President Joe Biden? He’s one of our favorite politicians these days.