Rafael Rosell Underwear and Shirtless Modeling Photos. This post is for those of you googling for hot and gorgeous pictures of Rafael Rosell. You’re so malandi, ha. But see, we respond to your google searches. So how would you rank this Rafael guy in terms of hotness? Not hot at all? Uber Hot? He is so hot, I could die now after looking at his pictures? 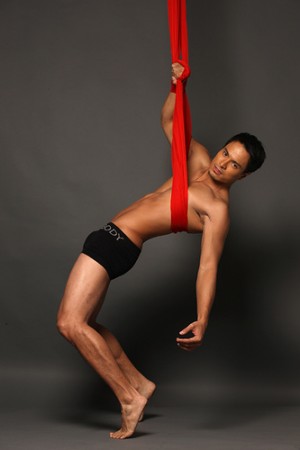 Our friend Kevin says Rafael is hotter than Dingdong Dantes. We are not sure if we agree since we are still loving us our Dingdong. But what do you think? 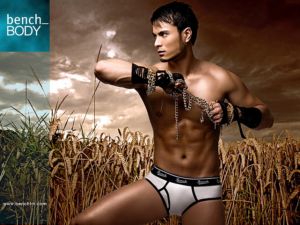 Rafael Rosell Update: Who would like to see Rafael Rosell in the buff? Lots and lots of gays of course who would be excited to know that he got au natural when he shot a r*pe scene with Claudine. Unfortunately for you gays, the show will be seen on television so don’t expect censors to approve a scene with Rafael in all his nekkid glory.

The Journal quotes the actor as saying: “Basta, I tried to keep it as natural as possible.”

Rafael Joins Cover Boys. Didn’t know there’s a new hunk group called Cover Boys which includes Rafael as well as Jake Cuenca, Victor Basa, Jon Avila, Will Devaughn, Zanjoe Marudo, Ron Morales, John James Uy at Marvin Raymundo. How unexciting naman the name. Cover Boys? Seriously, do you think we are in the 1970s? Whoever thought of that name is so last century.

The boys will reportedly hold a concert at the Music Museum. What say you Pinoy Famewatchers, do you think this new cover band will be successful? Or will it flop badly and forgotten easily?