Gay for Pay on Tyra Show: Kurt Wild, Matt Sanchez, Et Al. Duh. This guy is in denial of his sexuality. As his girlfriend says, he can’t do all the gay stuff he’s doing and still insist that he is straight. We agree with the girl that he must be at least bi. What do you think Famewatchers, is he in denial that he actually likes men? Or are we the ones being close-minded and not open enough to the idea that straight men can bump uglies with other men simply for money?

UPDATE: Here’s the rest of the Tyra Show episode on gay for pay which we earlier blogged about earlier. Wanna check out some openly gay male models?

Haha. Tyra is cool. She puts Kurt Wild on the spot and goes, “Do you want to give some, or receive some?” For the record, Kurt likes to receive some. He also claims that he’s gay for pay because it pays better than doing the straight stuff.

Kurt Wild’s partner, Aaron. How does he get it up, if he isn’t aroused by men? He uses viagra. Interestingly, his mom accepts what her son is doing. Is she cool or what?

Matt Sanchez [BFF of the horse-faced Ann Coulter], Sean Kennedy, and Annie a former sex worker. Sean makes the point that the guys are pretending to be gay only to take advantage financially of gay guys.

Benjamin Massing Un-Gay Male Model. We hope we got this story correctly this time. Har, har, har. Anyways, here’s the guy Benjamin Massing, and not Benjamin Manning as we erroneously reported, who Tyra Banks talked about in the videos above when she did that episode gay for pay on Tyra Show.

Anyways, our Benjamin reportedly sued a publisher for publishing his pictures in a magazine where he doesn’t want it to be published. We don’t have any update on that case. But hey, we have pictures of Benjamin Massing and his world famous model body.

The Sexy Benjamin Massing (posted 01 October 2009). Anyhoo, so this is the Benjamin Massing we once confused with a certain model named Dean Coxx. Now that you see his picture, we’re pretty sure you won’t make a similar error because you now can tell the difference between the two. 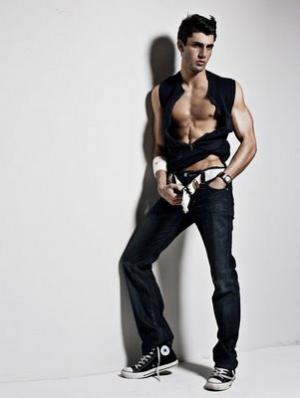 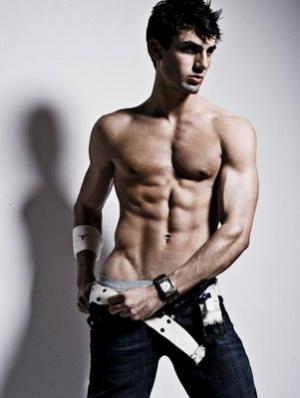