Here’s a message he posted on his Instagram account back in June 2019: “HAPPY WORLD #PRIDE to all my beautiful brothers, sisters and everyone in between. What a beautiful community built on resilience, love, courage and magic. We are beautiful in every way one can be beautiful. As a proud queer man I salute you in your struggles and your WINS. I love you. ONWARD! ❤️️‍✨ #CHOOSELOVE”

He is currently dating photographer boyfriend Pablo Costanzo. Here are photos of the lovely couple we grabbed from Rafael’s Insta account (follow him @rafaeldlf): 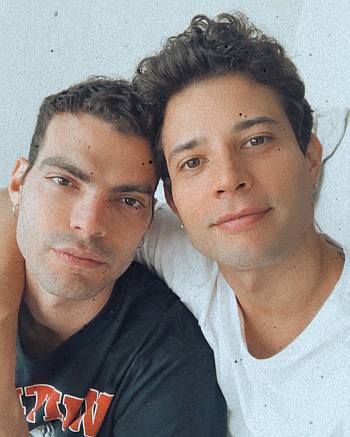 Awww. How cute are these two. 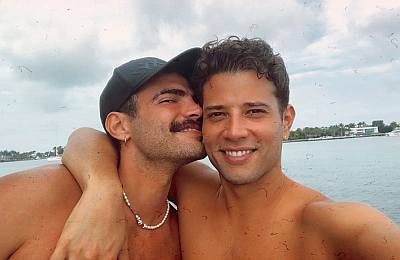 …..
Rafael de la Fuente Shirtless Empire Hunk: Gay or Has Girlfriend? (posted 7 February 2015). Empire actor Rafael de la Fuente is the kind of guy who grows hotter as he grows older. If you look at his pictures when he was younger, you would say that he is handsome boy next door. What does he look like these days now that he is older? Oh man, he is sizzling hot, hot, hot!

Too bad he is gay. Nah, he’s not! Or is he? Well, to be honest, we don’t know whether he is gay or straight in real life. But we do know that he is playing the role of a gay man in the biggest television hit this season (aka Empire on Fox TV). If you read our post on Jussie Smollett, you would know by now that Rafael plays Michael Sanchez who is the boyfriend/lover of Jamal Lyon (played by Jussie).

Here are the lovebirds: 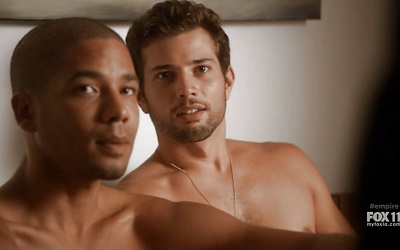 In an interview with latina.com, here’s what he has to say about his role which, to date, is his most prominent acting gig:

Tell me a little about your character on the show.
My character is Michael Sanchez and he is Jamal Lyons’ live-in boyfriend. I’m just really, really happy to be playing this role because I feel like through Jamal and Michael’s story we’re addressing several important issues like homophobia, and so I’m very happy.

It’s like an update on the Omar/Renaldo relationship from The Wire.
Yes. And it’s a topic that within Latino and black communities, especially the hip-hop world, it’s really important to be addressed. And the show is incredibly entertaining but it also has a purpose and that is to address certain subject matters like that one.

How has it been to work with immensely talented veterans like Lee Daniels and Terrence Howard?
Well, I moved to L.A. a year and 8 months ago, and I had worked a lot in the Hispanic industry in Florida, and I moved to Hollywood and all of a sudden I’m on the set of Empire and working with the amazing Lee Daniels and Danny Strong and Terrence Howard. I was just on cloud nine. First of all, because its so exciting and I’m a fan of these people and I’ve seen them on the big screen, and I respect their work. But also because of how huge of a learning experience it was—working with people who have been nominated for an Oscar is just another level in my career. And I could definitely learn from them. And it was great because they always made me feel really comfortable and just relax and create, and it was just amazing. Lee Daniels is the most nurturing, approachable, open artist and creator that I’ve met so far, he’s an outstanding talent, but more so an incredible human being. I’m so blessed to work with him. He’s really cool.

What can you share about your character for the rest of the season?
I can’t share much, but things might or might not get a little sour. You got to prepare for some sharp left turns out of nowhere! The season is definitely full of drama and sexiness and amazing music, so you should definitely tune in every Wednesday.

Before he got his biggest break on Empire, Rafael’s most prominent acting gig is the youth-oriented TV series Grachi which was shown on Nickelodeon Latin America. If we are not mistaken, the following photos are vidcaps from said show:

Can he give Michael Phelps a run for his swimming money? 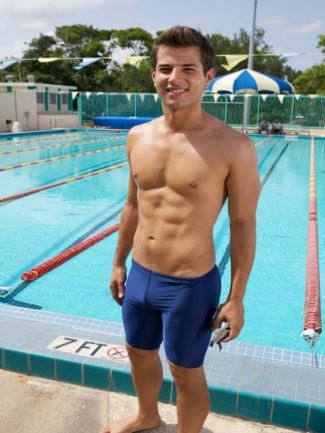 A photo of Rafa when he was younger. As we said in the beginning of this post, he is a handsome boy next door. 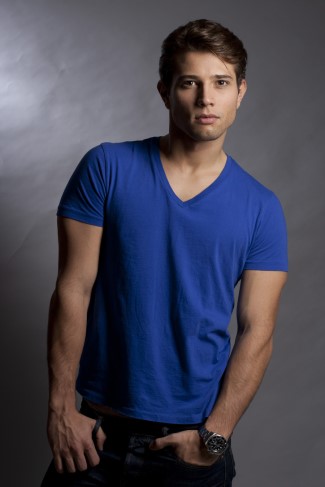 Rafa these days is a sizzling hunk of a man? 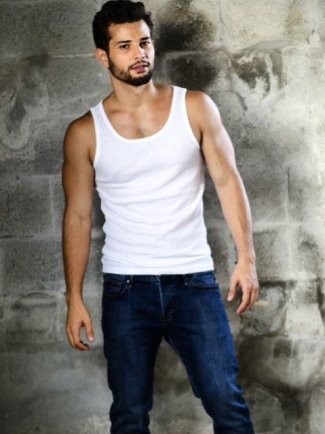 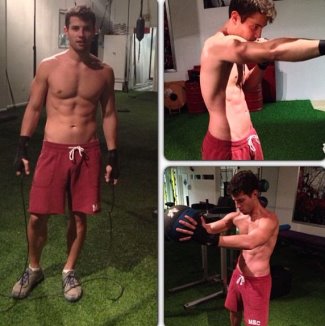 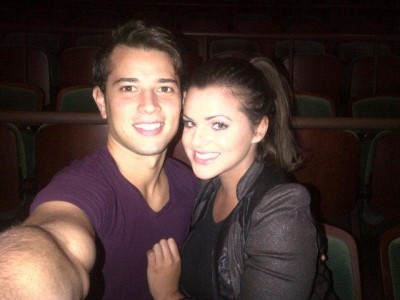 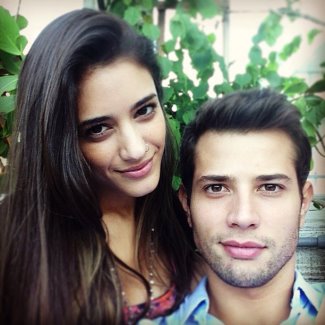 What say you Famewatchers? Who is Rafael de la Fuente dating in real life? If you have some info, do tell us in the comments.