Russian Dance Hunk Ties The Knot. Awww. Pasha Kovalev is no longer available. He got hitched to TV presenter Rachel Riley who was his dance partner in the 2014 edition of Strictly Come Dancing.

According to Hello Magazine, the two tied the knot in Las Vegas without the knowledge of their families. Here’s a photo taken on their wedding day which Rachel shared on social media. Props to the couple for opting for a much simpler wedding. 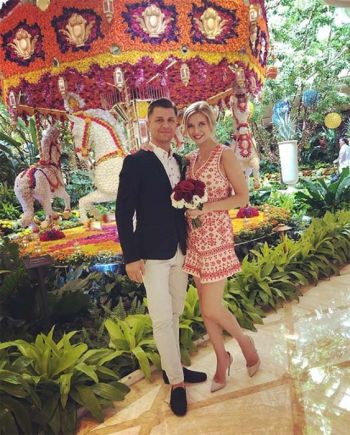 The couple are now proud parents to a baby girl who was born last December.

…..
Pasha Kovalev Shirtless, Hot Tuxedo, and Other Stuff (posted 26 September 2016). Let us add Strictly dancer Pasha Kovalev to our list of hot guys in tuxedos. The Russian professional ballroom and Latin dancer sure looks gorgeous, “James Bondsy”, and totally shaggable in his tux, no? 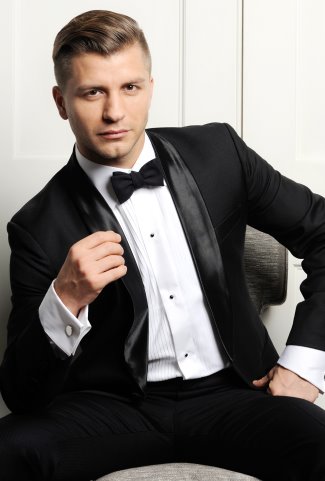 Pasha is paired with journalist and newsreader Naga Munchetty in the current season of Strictly Come Dancing. 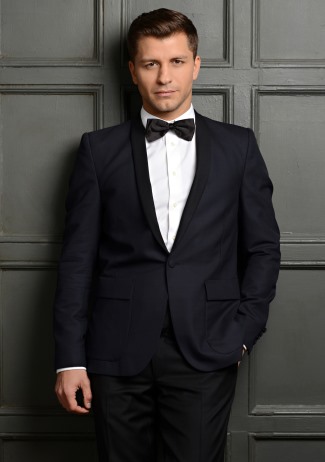 More about Pasha from his BBC profile: “Pasha started dancing when he was just eight years old, after his mum took him to one of the biggest ballroom dancing competitions in his part of Russia. Dancing wasn’t a career choice for Pasha in the beginning, but that changed when he realised that it was something he ‘can’t live without’. In 2007, Pasha was a finalist on the American version of So You Think You Can Dance and went on to choreograph dances in every season that has followed. He’s also appeared in Burn The Floor, both on Broadway and in the West End.”

Pasha Kovalev Shirtless Photos. You didn’t think we’d write about a hunky Strictly dancer without including some shirtless photos, didn’t you?

Pasha dances on the rooftop. If we are not mistaken, this pic is from SYTYCD days.

Another gorgeous Pasha Kovalev shirtless pic. For sure this is from SYTYCD. Right? 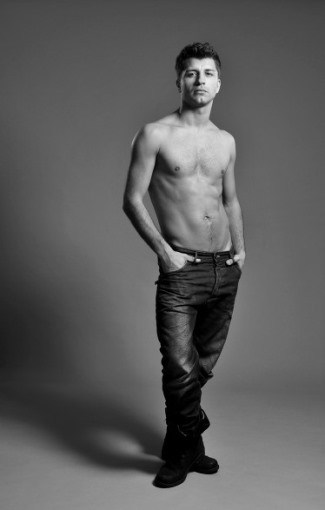 Pasha Kovalev Gay or Girlfriend? Is our Strictly hunk gay or straight? He is straight. In fact, he is dating TV presenter Rachel Riley. The two paired up in the 2013 edition of Strictly Come Dancing where they ended up in 11th place.

Pasha and Rachel attend an event. He’s got big shoes. You know what they say about men with big feet, right? But is he not wearing socks? Now that’s a fashion faux pas we did not expect from our dressy dancer. 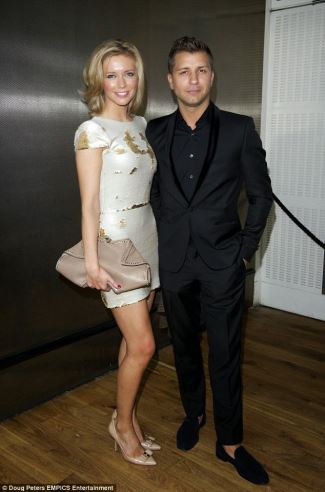 Finally, let us end this post with another Pasha Kovalev shirtless photo, shall we? 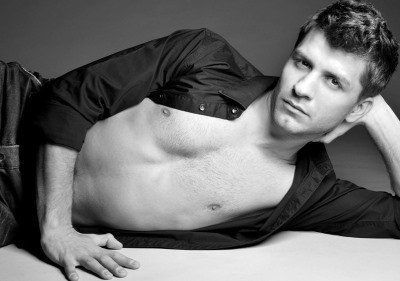 Did you like it? Unfortunately, the pair only received 23 points from the judges which puts them in third to last place. But there’s hope yet for Pasha and Naga if you vote for them!