They met back in 2018 when Ashley was cast as a celebrity contestant on Strictly Come Dancing where she was paired with dance pro Pasha Kovalev. The singer confirmed that she was dating Giovanni a few months after the series finale.

Unfortunately, the relationship did not last long as Hello Magazine reported in January this year that the two have parted ways although they continue to be friends. 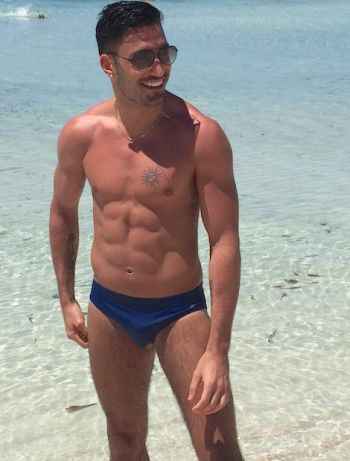 …..
Giovanni Pernice Shirtless Photos (26 September 2016). Aside from the fact that they are both pro dancers on Strictly, what do Brendan Cole and Giovianni Pernice have in common? Well, they both posed as a hot Santa for Now Magazine. You can see Santa Brendan on the preceding link. Meanwhile, here are Giovanni’s shirtless Santa photos.

Damn, if only Santa is real. And if only he looks like Giovanni Pernice. 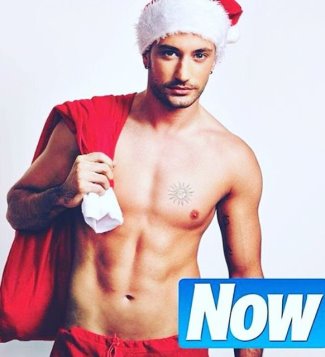 You want to know more about this hot Italian dancer, don’t you? Well, here’s more information about him from his BBC profile.

BBC on Giovanni: “Giovanni was born in Sicily, and decided from a young age that he wanted to take up dance lessons. At the age of 14, he moved to Bologna to concentrate on dance and to be taught by some of the best teachers in the world. Though his greatest achievement to date is winning the Italian Championships in 2012, Giovanni has competed in numerous international dance competitions since first competing as an adult in 2008. From Moscow to Malta and from Belgrade to Belgium, these competitions have taken Giovanni all over Europe and seen him compete at the highest level for the last seven years. Giovanni’s favourite dance style is the jive as he feels it reflects his cheeky character. Cheeky? Giovanni? Surely not…!”

Is Giovanni Pernice Gay or Straight? He is as straight as an arrow. More importantly, he single and very much available. He dated actress Georgia May Foote aka his dancer partner last year but they eventually broke up. This means that viewers like us, who have a thing for hot Italian men, can dream about him and his sexy eyes. Right?

In the current season of Strictly, Giovanni is paired with TV presenter Laura Whitmore. 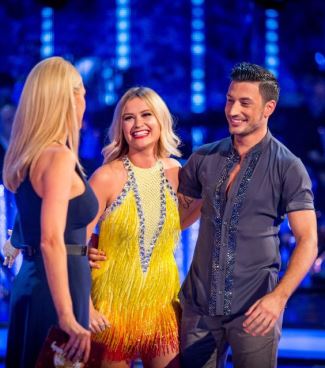 Watch their first dance performance which earned them 25 points (out of 40) from the judges.

Shall we end our post with another Giovanni Pernice shirtless photo? 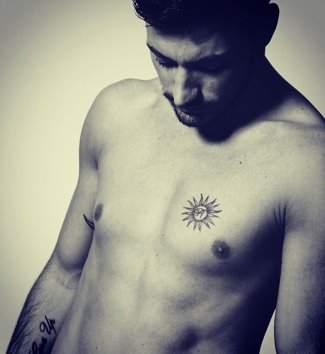