The Dailymail, God bless them, has interviewed a source who spilled some information about Olivia: “A friend of Olivia’s told The Sun: ‘Liv’s a stunning girl and he couldn’t keep his eyes off her. They’ve been on a couple of dates since and keep in touch via texts. Ronaldo may have all the money and status, but he’d be lucky to land a girl like Liv. She’s ambitious, intelligent, beautiful – not your typical WAG type. Liv’s fiercely independent and she wouldn’t want anyone’s money. But if it works out with Cristiano, then all the better. She’s pretty excited about it all’.”

Okay, Olivia, enjoy Ronaldo’s company while you can before another girl steals him from you or before he decides to come back to our loving embrace. [Argh. Are we getting creepy with our Cristiano obsession. Hehe.] 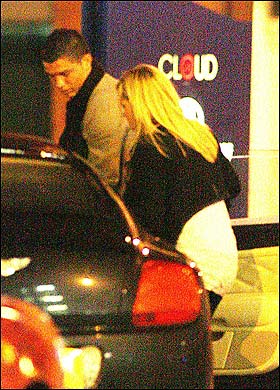 The Sun is reporting that Cristiano is dating a blonde university student named Olivia Saunders who’s studying BA in Management and Leisure at Manchester University. 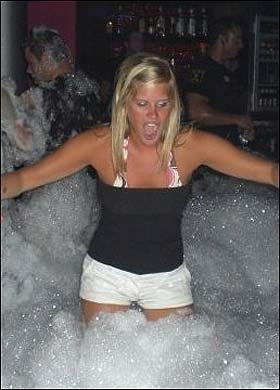 Ryan Lewis to Cristiano Ronaldo: You Stole Olivia Saunders From Me
18 February 2009

All is fair in love and war but we kinda feel sorry for Ryan Lewis, who lost his girlfriend Olivia Saunders to Cristiano Ronaldo. How can one compete with one of the sporting world’s most famous men, eh?

Anyways, Ryan Lewis aka Ryan Hardy was a contestant on the reality TV show, Shipwrecked. He, interestingly, stated in his Shipwrecked page that “the word lose is not in my vocabulary”. After losing his girlfriend to Ronaldo, it would be safe to assume that Ryan has now included “lose” in his vocabulary.

Ryan was interviewed by the Daily Star and he has this to say about his lost love: “It was odd she stopped replying to my texts, but you just add two and two together. But when I saw Olivia and Ronaldo together I thought I’d entered another dimension. It’s bad enough losing your girlfriend – but to then find her with the star player from your favourite club’s biggest rivals is almost too much to take.“There’s no competing with Ronaldo. I really feel as though he’s snatched her from me. I’m devastated, but I’m not going to cry about it. She’s just going to be another notch on his bedpost.”