Hollywood Justice: Celebrity Legal Troubles, Arrests, Mugshots. Hello Famewatchers, let’s start a series called Hollywood justice featuring celebrity mugshots. For starters, here’s a mugshot of Carmen Electra from back in the 1990s. This was taken when Carmen and then-husband Dennis Rodman were booked and charged with misdemeanors. Reportedly, the couple were fighting and screaming so their reports reported them to the police. 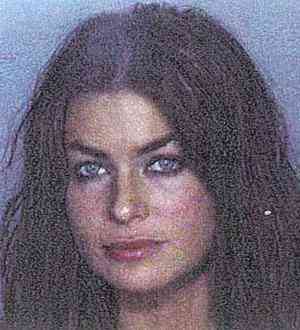 Considering Dennis’ reputation as a cross-dresser, we think they were fighting as to who between the two of them will wear the panties. Seriously!

Brian Deegan Arrested for Brawling (12 February 2009): What’s up with all these sport stars figuring in bar brawls? First, we have War Machine and his gay bar assault charge. Now we have motocross champ Brian Deegan getting himself arrested for an alleged brawl. This is Hollywood justice sports edition. 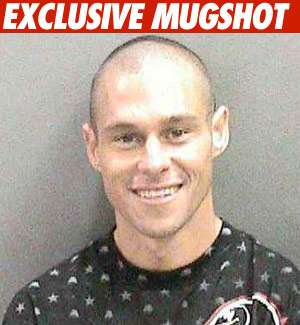 Reports TMZ: “Deegan was arrested for suspicion of assault after a throwdown at the iLounge bar in Orange County, where he allegedly sliced open a patron’s face by hitting him with a glass.”

Slicing a patron’s face? That is so uncool. We gotta admit though that Deegan’s got the coolest celebrity mugshot we’ve ever seen. Seriously, he can be in a toothpaste commercial.

Phil Spector Mugshot For Second Degree Murder (14 April 2009): Is this the best celebrity mug shot ever? It certainly beats Charles Barkley’s, no?

Earlier post: Judgment day has come for music producer Phil Spector. And the decision ain’t pretty for him as he has been found guilty of the murder of Hollywood actress Lana Clarkson. The jury was unanimous in its verdict and convicted Spector, 69, of second degree murder. The first trial ended in deadlock in September 2007. The victim Lana Clarkson, 40, died of a gunshot fired into her mouth while seated in the foyer of Spector’s hill-top mansion.

Terrence Howard Mugshot For Domestic Assault (18 February 2009): Uh. Uh. What did the wise man [maybe it was a woman] say about the past coming back to haunt you? 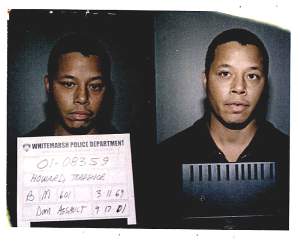 It certainly is haunting Terrence Howard now as The Smoking Gun unearthed his mugshot and police records way back in 2001. He was arrested after he reportedly assaulted his then-wife Lori McCommas following a heated argument between them.

Quincy Carter Mugshot (27 February 2009): Look who’s been charged with drunk driving and possession of marijuana? Yup, its ex-Dallas Cowboys quarterback Quincy Carter. May his “downfall” be a lesson to us all to not do what he did. But then again, maybe its time to decriminalize marijuana don’t you think? 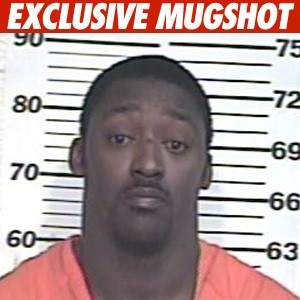 Scott Siegel Arrested for Selling Steroids (20 February 2009): Scott Siegel has been arrested by DEA authorities for selling steroids and for assaulting a federal officer. Call it life imitating art. Or maybe he’s just acting out his role in The Wrestler. 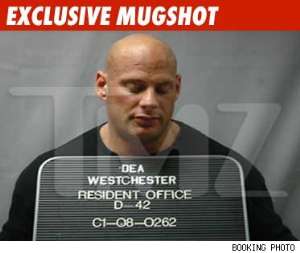 Raelene Aguilar DUI Mugshot (24 April 2009): Is former Miss New Mexico USA Raelene Aguilar a drunk driver? She says she is not as she entered a “Not Guilty” plea before a court in Texas. Aguilar was arrested earlier this month after she was caught speeding; she failed a sobriety test administered by the police. If it’s true that Raelene was drunk driving, we hope that the current Miss New Mexico Bianca Matamoros Koonce will not follow her example.