Older Men Leather Jacket: Celebrity Fashion Watch. Of course Forest Whitaker ain’t the only famous guy north of 40 who looks great in his leather jacket. Tons of other older, more mature celebrities are rocking their leatheroos too which is why we decided to update this post which we originally posted 12 years ago. Damn, time does move fast doesn’t it?

Anyhoo, here’s our favorite Republican former California Governor Arnold Schwarzenneger looking cool in his brown leather jacket. For those wondering, the kid Arnie is walking with is his then 13-year-old son Christopher who should be 23 by now. Yup the pic is from ten years ago. Hehe. 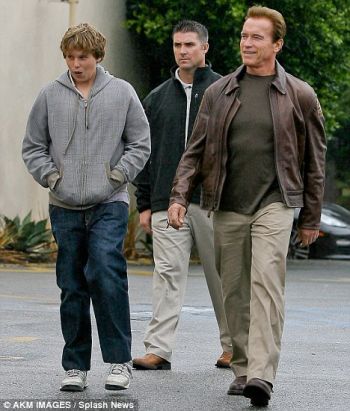 Next in our list of older men who rock their leather jackets is Academy Award-winning actor Gary Oldman who’s seen below with a badass eyepatch. Image is from his 2019 movie The Courier. 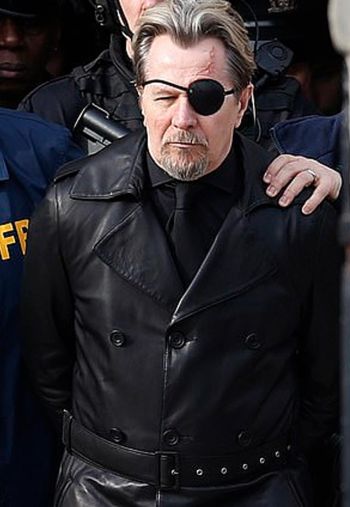 Hmmm, we think we’ve written about this gorgeous silver-haired male model before but we kinda forgot his name. Update: Yup, we’ve blogged about him in our post on Mature Male Models. 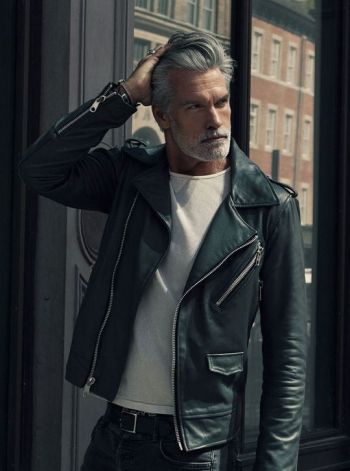 Morgan Freeman, another Oscar-winning actor, looks cool in his black leather jacket. His stare could pierce a misbehaving soul, no? 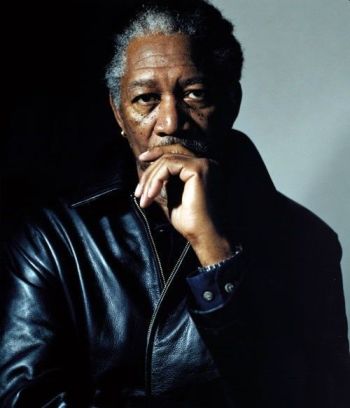 Next in our list of older guys who look cool AF in their leather jackets is Harrison Ford who’s drinking his coffee by his plane. Did you know he’s a licensed pilot? 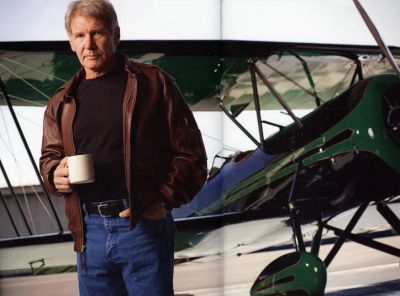 Last but not the least, here’s our favorite director Steven Spielberg chilling in what looks like a movie set. 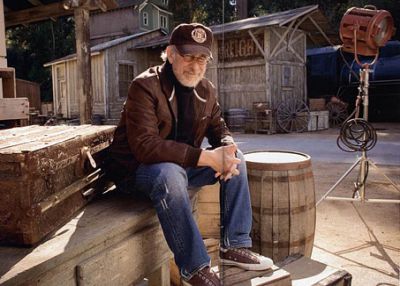 …..
Forest Whitaker Rocks His Biker Leather Jacket (29 August 2008). When we saw Forest Whitaker in The Last King of Scotland, for which he won the Academy Award (and several others), we thought he was an old dude (like, you know, in his 60s). So when we saw these pictures of him astride in his motorcycle complete with a badass biker leather jacket we’re like, “Whoa! How did he get so young?” 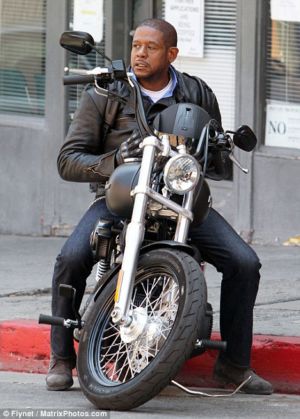 It turns out Forest is only 49 years old. It’s a testament to his great acting ability that he made us believe he’s a really old dude in The Last King of Scotland.

Oh, did we say he’s got a badass leather jacket? It’s for his upcoming television show, Criminal Minds: Suspect Behaviour. Check him out as Special Agent Sam Cooper. 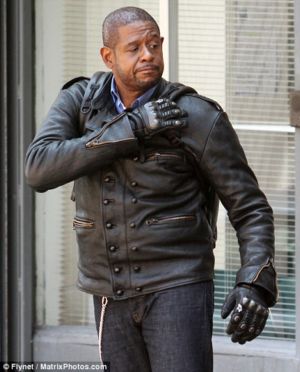