Also known as The Flying Scott, Jackie competed in Formula One from 1965 to 1973 and, during this period, he managed to win three World Drivers’ Championships. His accomplishments on the race track earned him many plaudits including being knighted by Queen Elizabeth in 2001.

Formally, you should call him Sir John Young “Jackie” Stewart. But before we totally get sidetracked, here are the vintage Rolex watch ads featuring Sir Jackie. 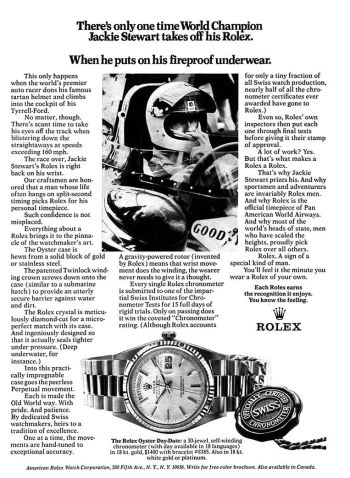 He loves Rolex so much he even had one for his wife. Or, the Rolex people loved Jackie so much they even featured his wife on their ads. Want more vintage watches? 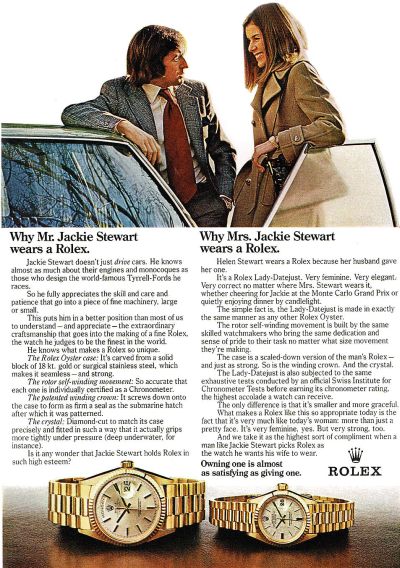 Another advert starring Jackie on the racetrack. 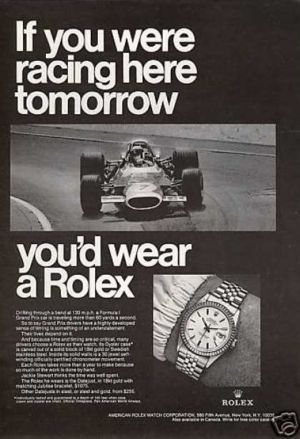 Jackie still wears a Rolex to this day as you can see in a recent photo: 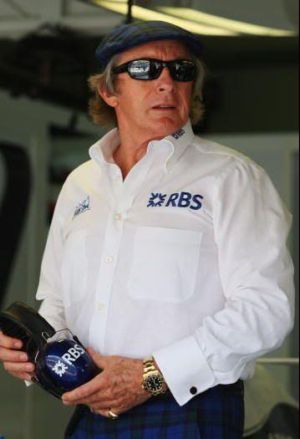 …..
Rolex Watches Adverts (19 August 2010). Since we are all about Rolex watches this month, let’s have a catalogue of Rolex print advertisements over time. First, here’s a Rolex Oyster Perpetual Cosmograph Daytona available at Gearys of Beverly Hills. 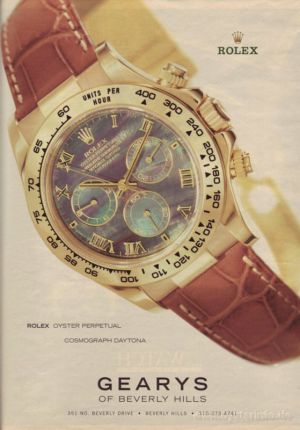 Then let’s have a classic Rolex Perpetual Day Date aka Rolex President. 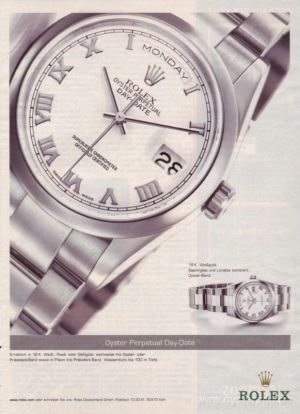 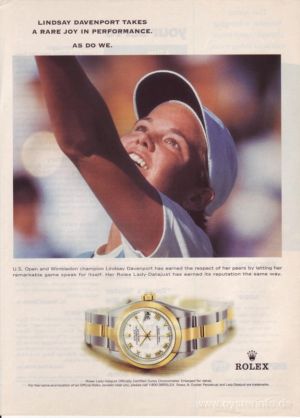 Admittedly, this is hardly a “catalogue of print ads over time” but this is just the first installment. Watch out for future posts as we dig for the really vintage ads from the past unlike these ones which, admittedly, are more from probably the last decade. 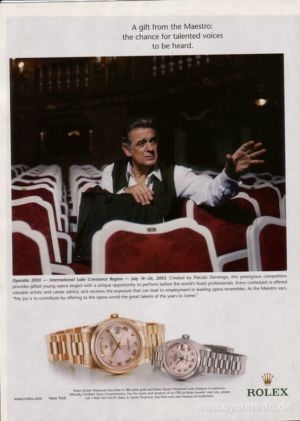 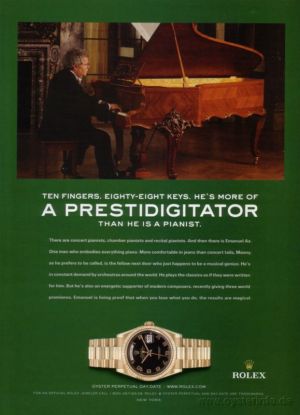 …..
Phil Mickelson Rolex Day Date Watch (15 September 2010). Rolex watch advertisements featuring American golfer Phil Mickelson, winner of four Major Championships (the Masters Tournament in 2004, 2006, and 2010 as well as the PGA Championship in 2005) and a total of 38 events on the PGA Tour. 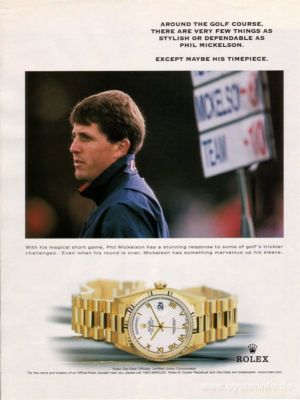 Does he look a little bit like Piers Morgan in the picture below? 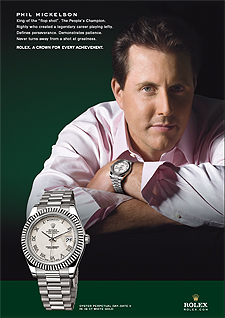 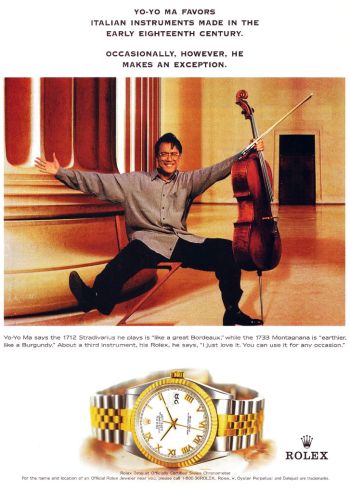 What’s Yo-Yo Ma doing these days, you ask? Well, he’s still very active apparently. According to wikipedia, he was appointed by President Barack Obama last November 2009 to serve on the President’s Committee on the Arts and Humanities.

Oh, you want to know whether he continues to play his cello? Of course he does. Here’s what wikipedia says about two of his notable performances last year: “On August 29, 2009, Ma performed at the funeral mass for Senator Edward M. Kennedy. Pieces he performed included the Sarabande movement from Bach’s Cello Suite No. 6, and Franck’s Panis Angelicus with Placido Domingo. On October 3, 2009, Ma appeared alongside Canadian Prime Minister Stephen Harper at the National Arts Centre gala in Ottawa. Harper, a noted Beatles fan, played the Piano and sang a rendition of “With A Little Help From My Friends” while Ma accompanied him on his cello.”