Mature Male Models: Underwear and Swimwear Edition. You think only young guys look good in their underwear? Well, the only ones who think that are silly and maybe shallow and most definitely did not see our silver-haired date last night. Haha.

Our date actually inspired us to write this post on mature male models who are rocking their underwear and swimwear. Let us begin with Aiden Shaw, seen here in a pair of orange Bjorn Borg briefs, who sure can give the young ones a run for their modeling money. Want more men in briefs? 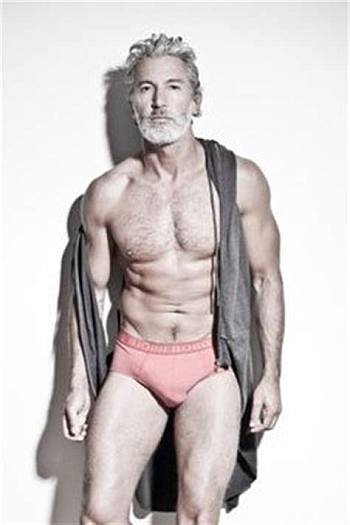 Next in our list of silver-haired models is Garrett Swann who’s rocking his black squarecut swimwear in the photo below. 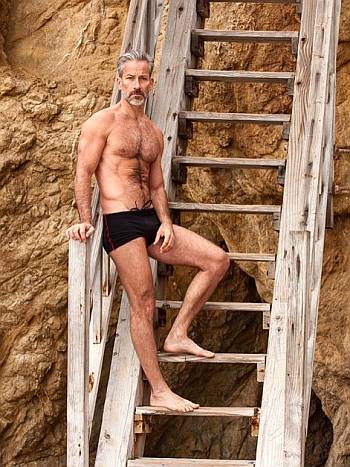 Deena loves Garrett so much so here’s a second photo of the guy posing in a pair of Versace underwear briefs. 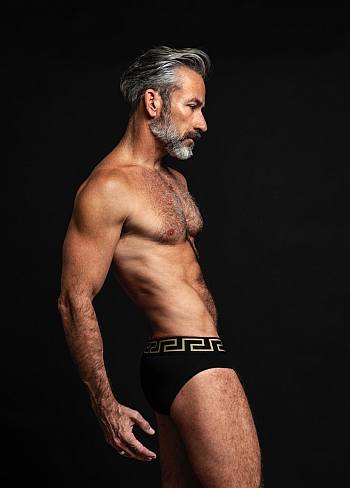 If Deena is crushing on Garrett above, we gotta admit that our crush among these guys is Orlando Hobechi. Why you ask? Because he reminds us of our date who, like Orlando in the pic below, is into physical stuff like hiking, biking, and stretch workouts.

We are kinda lazy here at Famewatcher but would not mind joining him if he works out by the sea in his  boxer briefs underwear. By the way, any one of you ever heard of the Matchtonim brand our Orlando is wearing below? It is the first time we come across it. It looks good on our crush, that’s for sure. 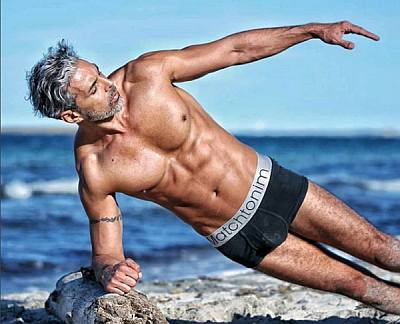 Ron Jack Foley goes for the peekabo underwear look with his Joe Boxers. 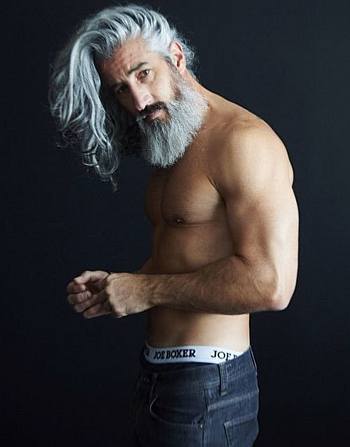 TR Prescod smiles and poses in his squarecut swimsuit. 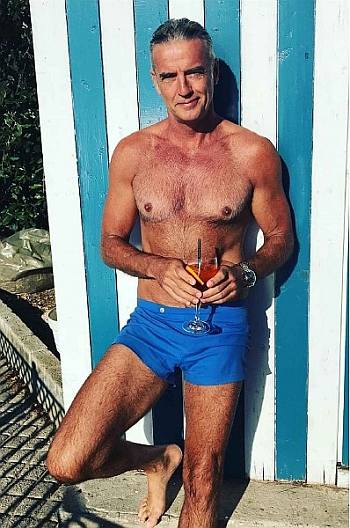 Trey Griley is looking good in his white briefs. 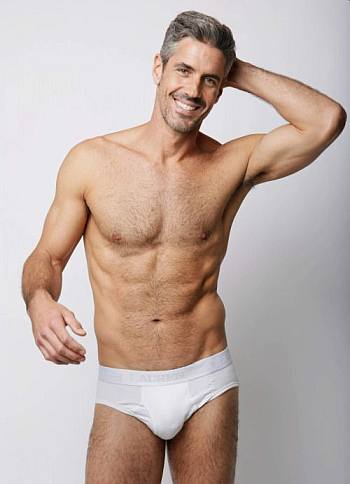 Eric Rutherford looks good in his open robe and briefs underwear from Charlie by Matthew Zink. 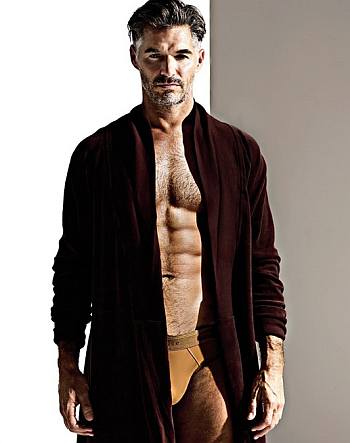 Finally, Anthony Varrecchia proves that mature models rock the runway too as he does in this Marco Marco underwear show. 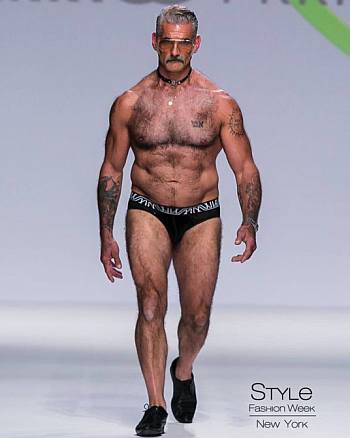