Shirtless Arsenal FC Football Players. Who is the hunkiest, hottest, and most shaggable footballer who’s currently playing for one of the the most successful football clubs in the world, Arsenal FC? Is it French cutie Olivier Giroud who recently posed for the latest edition of the controversial Gods of Football calendar? See our post on Dieux du Stade 2014.

Or should we give the “hunkiest, hottest, most shaggable” title to Arsenal captain Thomas Vermaelen? Or if you want ’em a little older, as our friend Kevin does, would you rather go for multi-lingual Spanish daddy Mikel Arteta? Or maybe you are into sixpack washboard abs and would rather go for Alex Oxlade-Chamberlain?

Well, to help you decide, let’s check out some 10 Shirtless Arsenal Footballers. First up in our unordered list is Mr. Hot Washboard Abs himself, Alex Oxlade-Chamberlain, the 20-year-old winger for Arsenal. 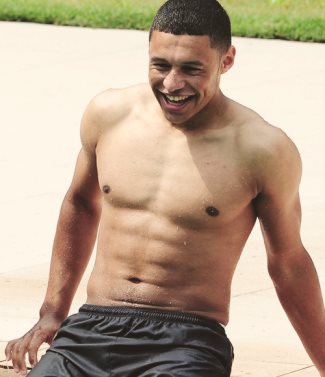 Defender Carl Jenkinson goes shirtless on the pitch. It’s like he’s saying, “Alex ain’t the only one who’s got nice abs!” We agree with him, of course. 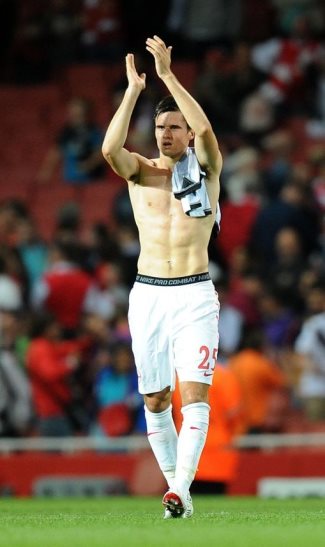 Vice captain Mikel Arteta and midfielder Jack Wilshere share a moment during an Arsenal training in Japan. Don’t these two look good together. Hehe. [Want more of Jack? Did you know that he according to Andrei Arshavin, Jack reportedly has the longest in the shower? Check out this post we wrote about the matter: Jack Wilshere Shirtless and Underwear Photos.] 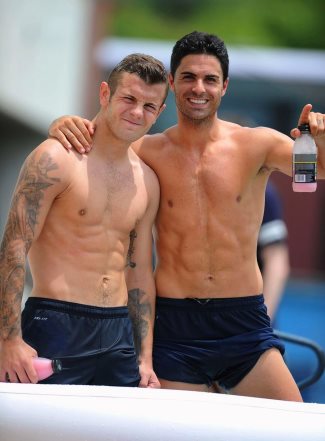 How cute is this nearly shirtless pic of centre-back and deputy vice-captain Per Mertesacker? Pretty hot, huh? 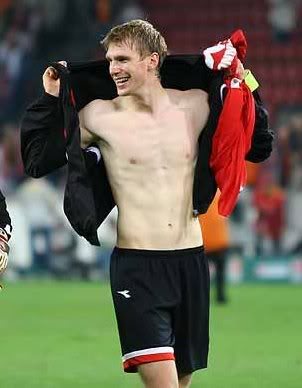 Let’s give two thumbs up to Spanish hunk Santi Cazorla. 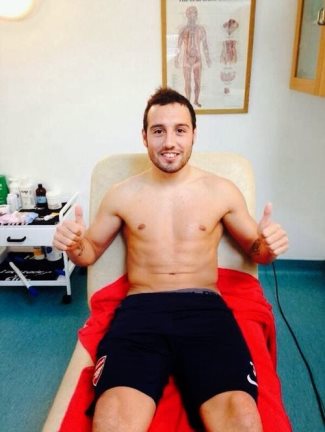 Midfielder Aaron Ramsey with teammate Bacary Sagna who, unfortunately, didn’t chuck off his shirt. Bacary is the best right back in the Premier League according to Arsenal manager Arsene Wenger. 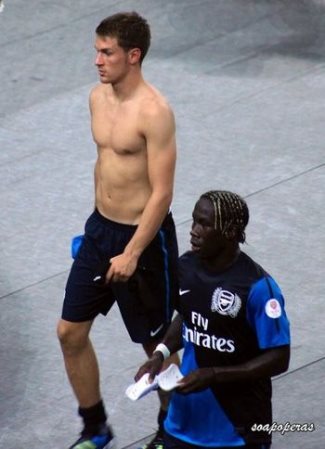 From left to right: a non-shirtless Serge Gnabry, the aforementioned Jack Wilshere, and Kieran Gibbs. 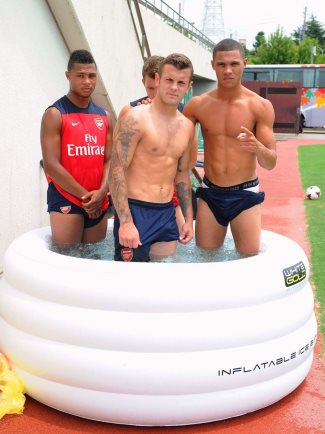 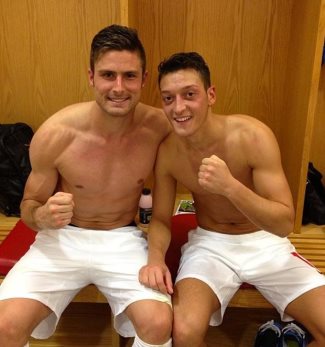 This is the only shirtless pic of Arsenal captain Thomas Vermaelen we found on the internets. He should follow Olivier’s example and pose for Gods of Football, no? 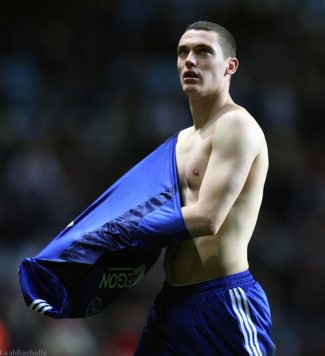 Our last photo shows no shirtless footballer but we are intrigued about what goalkeeper Wojciech Szczęsny is doing. Is he auditioning for Tyra’s America’s Next Top Model (or Britain’s NTM if it is now accepting male applicants)? Or maybe he’s simply giving an answer to the “Does Wojciech Szczęsny wear boxers or briefs” question? 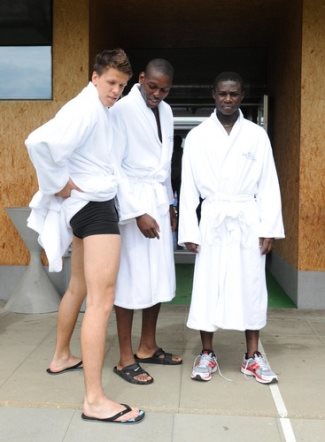 So which of these 10 hunky Arsenal ballkickers is your favorite of them all? Share your pick in the comments.