Austrian Hunks: Hot Construction Workers and Stripteasing Rugby Stars. Okay, this one is for those of you who are fans of muscled construction workers. Damn, these guys got great six pack abs don’t they? Photos are from the Baukalendar 2011 which features sexy hunky men from Austria. 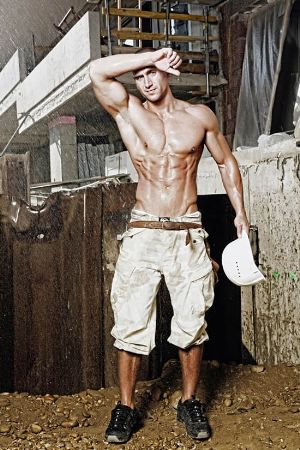 We don’t know yet whether these guys are models or are real construction workers. What do you think? 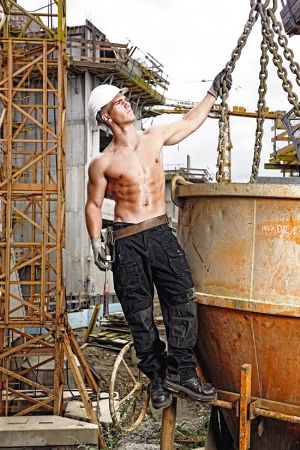 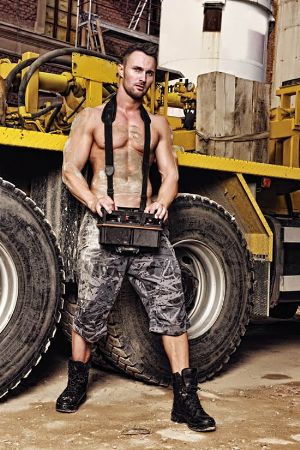 Last year, when they were beaten 48-0 by their Lithuanian rivals, these Austrian rugby players decided to do a male striptease act in the streets of Vilnius. This should become the rule in rugby, no? Losers should strip naked and dance in front of public spectators. Oh, and they should also have their calendar a-la Gods of Football.

Anyways, here’s the story on the Austrian rugby striptease as reported by Reuters:

The Austrian national rugby team tried to get over their 48-0 defeat by Lithuania by staging a mass striptease in the capital Vilnius late on Saturday, only to find they had been caught on video and put on the Internet.

The video, put out by a blogger on social community website Virb (here) and then taken up by the Lithuanian news portal Delfi, showed a group of 20 men singing and stripping off their clothes on a street in central Vilnius, while people in a nearby bar clapped and cheered.

“Yes, these were the men we played against on Saturday … I guess the defeat could have prompted them to do that,” Lithuanian rugby federation President Aleksandras Makarenka told Reuters.

Delfi quoted the Vilnius police chief as saying stripping in public could be considered an act of hooliganism — but by then the Austrian team had gone home.