Movie Speedo Scenes: Robbie Amell, Jerry O’Connell, Justin Timberlake. This post is for the Famewatchers among us who are fans of actors wearing Speedos in their movie scenes.

We hope to make this a regular installment until we run out of actors rocking their Speedos. Hopefully, that day will never come but who knows what’s gonna happen in the Age of Rona when movie making is temporarily shut down.

Anyhoo, let’s start our list of movie actors in Speedos with one of our favorite guys in Hollywood, Robbie Amell, who’s in his Speedo suit in this screencap from the movie The DUFF. 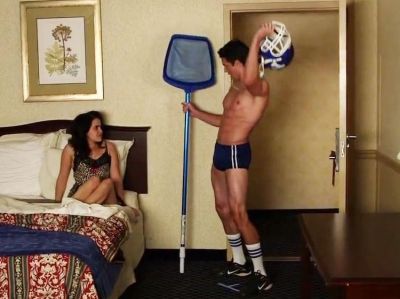 Robbie as a high school football player in The DUFF (which stands for Designated Ugly Fat Friend). 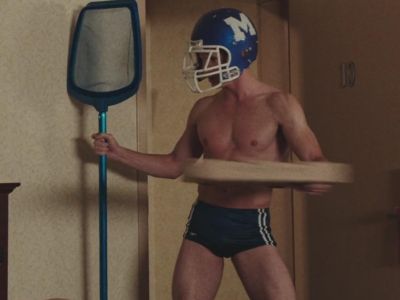 Of course, we can’t have a post on movie Speedo scenes and not include Justin Timberlake’s turn as the Speedo-wearin’ hockey player in the 2009 movie The Love Guru. 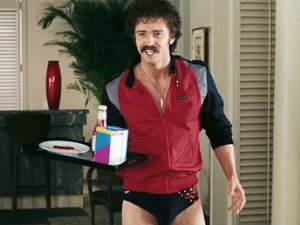 Jerry O’Connell sure loves him his red Speedos. We’ve already seen him wearing a pair — see our post on Red Speedos for Men — but he also donned another in this scene from the 2010 Piranha 3D. 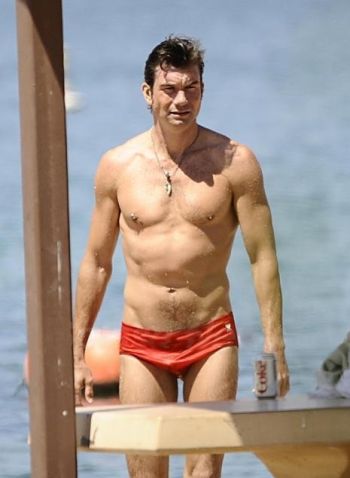 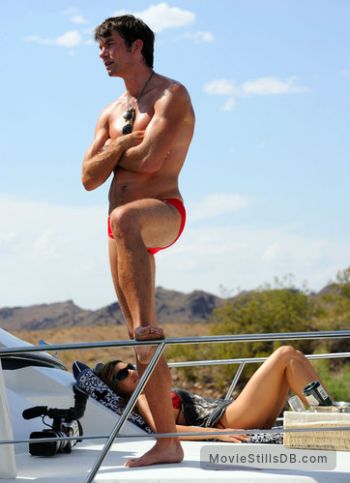 Next up, check out Bill Murray and his squarecut swimtrunks in this scene from the movie The Life Aquatic with Steve Zissou. He apparently loved the swimsuit so much he decided to keep it for himself. 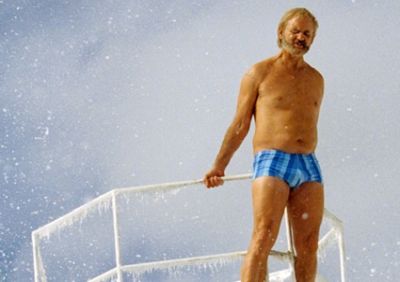 From cinemablend.com: “I’m not really a fan of the speedo swimming suit, but there is a square version which doesn’t look exactly like a speedo which I had to wear in the movie. That was really comfortable, and it wasn’t like what we call European, wherever the hell we call it in America. It wasn’t a Speedo, but it was the same material, and it was designed by the costumer. So it was beautiful! So I still have it.”

Remember when Zac Efron and his patriotic Speedo became the talk of the town when his Baywatch movie came out in 2018. 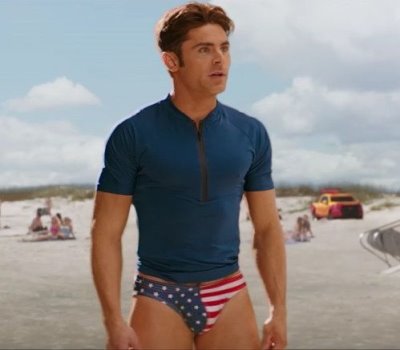 Speaking of much talked about Speedo scenes in the cinema, we doubt anyone can beat Daniel Craig he rises from the sea (in the style of Bond girl Ursulla Andress) in a pair of La Perla Grigioperla Lodato swimtrunks. 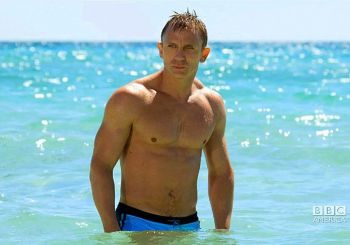 Daniel and his blue swimsuit in Casino Royale has become as iconic as Ursula and her white bikini in Dr. No. 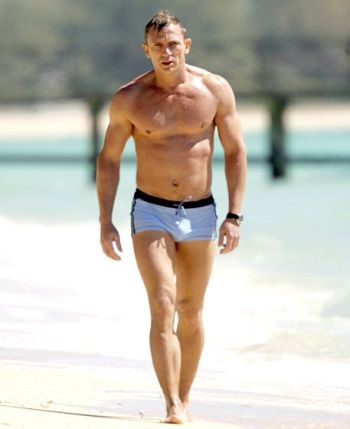 More recently, Jude Law told us that religious figures — in this case a young Pope Francis before he became the Pope — wear and rock their Speedos too. 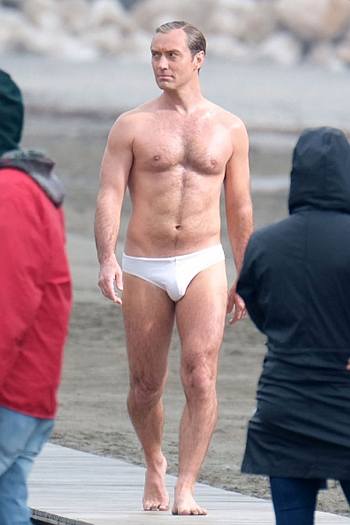 Okay, that’s it for now, watch out for future installments of movie Speedo scenes. For the time being, check out our posts on Male Celebrity Speedo.