Now, since this post is about jeans here’s Miles going for a denim on denim look in this Lucky Brand advertising campaign photo for the label’s Fall/Winter 2019 menswear collection. 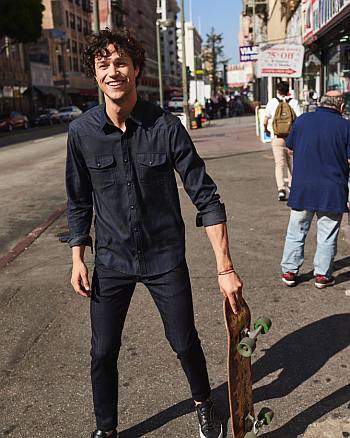 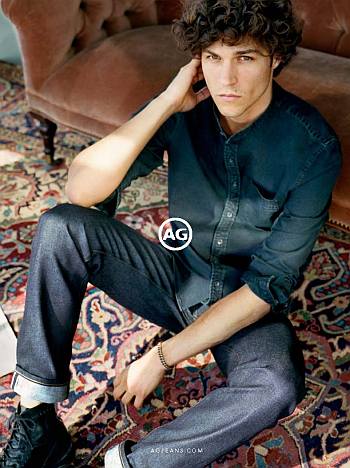 We are not sure whether he ever modeled for Levi Strauss but he did wear Levis 501 short denim jeans in this photoshoot for a L’Officiel Hommes España summer issue. 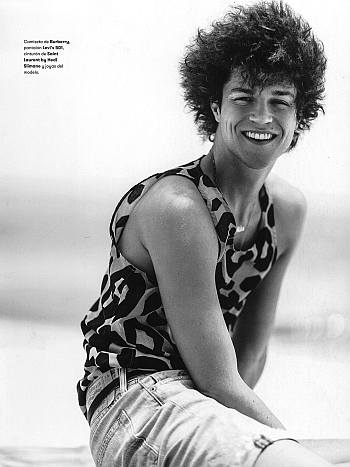 Another photo of Miles looking cool in his Levis 501. Want more gay men in jeans? 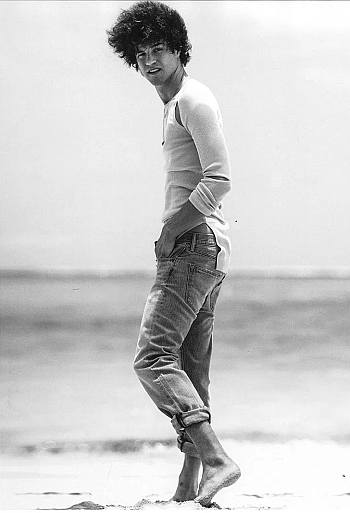 Miles McMillan Speedo and Underwear Photos. Who says Americans are embarrassed or afraid to wear briefs-style Speedos when they go to the beach? Certainly not our Miles who’s wearing a skimpy Speedo swimsuit in this photo shared by his then-boyfriend on Instagram. 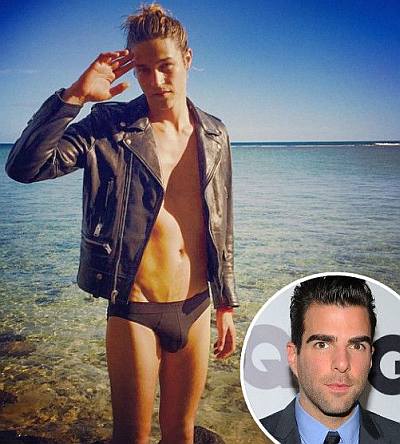 Another pic of the model rocking his Speedos. 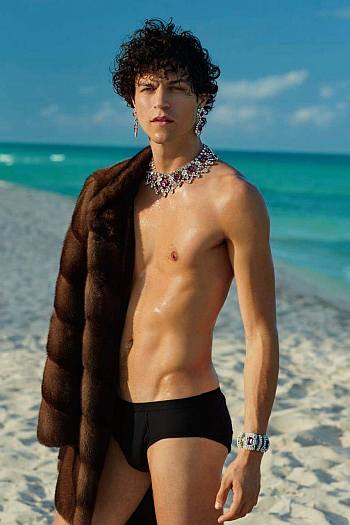 And here’s Miles posing in a pair of Just Cavalli briefs underwear for the labels Fall/Winter ad campaign. We’re tempted to say that whoever thought of this photoshoot is overdoing the underwear as outerwear idea but we really should not be complaining if more hotties go outside in their undies, no? 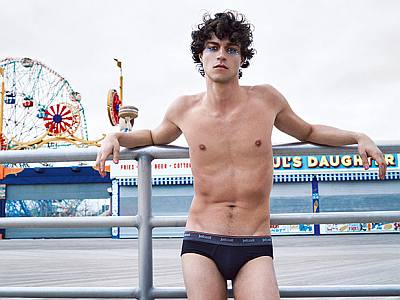 Finally, here’s Miles in short shorts because why not. 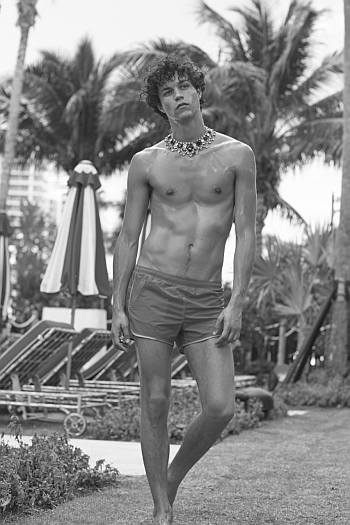 Miles McMillan Boyfriend. So is Miles seeing anyone after his breakup with Zachary? According to Just Jared, he is dating interior designer Trace Lehnhoff who used to date Antoni Porowski of Queer Eye fame and who, for his part, is now dating an advertising executive named Kevin Harrington. Oh, gay Hollywood.

Anyhoo, here’s a photo of Miles and Trace chillin in what appears to be a black-tie party. 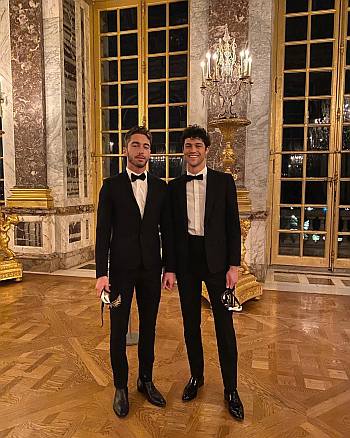