Mike Carlsen Shirtless and Girlfriend Update. Six years later, we are updating this post to note the identity of the girlfriend of our favorite character in Unbreakable Kimmy Schmidt. Her name is Racine Russell and, actually, the two are very much engaged. Mike made the announcement on his Facebook page when he posted the following photo. 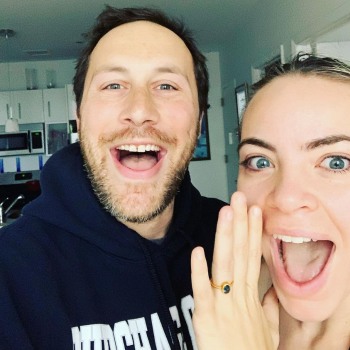 Yay for Mike and Racine who, like his fiance, is also in the acting biz having starred in several TV shows such as Blue Bloods and The Blacklist. No word yet on when the two will tie the knot but you can follow Mike on Instagram (@mikecarlsen) for his latest updates. 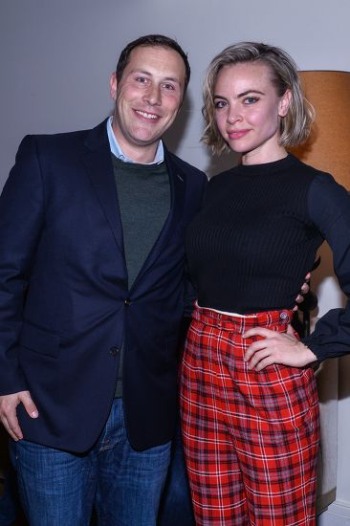 On the career front, Kimmy Schmidt may have ended its four-season run in 2019 but our Mike has been keeping himself busy. He appeared in episodes of Blue Bloods and Law and Order as well as the movie addendum to Unbreakable Kimmy Schmidt which was released in 2020. You should also check him out in the movie Allswell (which won a script award in Tribeca) and an upcoming movie called Lets Pretend This Never Happened.

Those of you looking for shirtless pics of our lovable construction worker will have to make do with this one. It’s actually more spicy — he’s wearing short shorts — but we had to crop it to stay in the good graces of Grandma Akita. 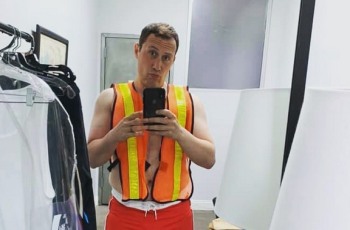 …..
Mike Carlsen Gay or Straight? (28 April 2016) So we have established that Titus Burgess is gay in real life but what about his onscreen boyfriend, the sweet and adorable catcalling construction worker Mikey Politano? Is the actor who plays him gay or straight?

Well, for the record, the actor’s name is Mike Carlsen. In real life, he is actually straight. In a March 2016 red carpet interview during the premiere of Unbreakable Kimmy Schmidt (Season 2) he mentions that he and his girlfriend are fans of Tina Fey. They must be living in too.

We’re looking a way to embed the Getty Images video but it seems like there’s no way to do it. But this is what he said during the interview: “I was a fan of, I was on 30 Rock. You know, they cast me on 30 Rock. And I was always a fan of Tina Fey. You know, at our house, me and my girlfriend …. we have 30 Rock, we’ve The Office, we’ve Everybody Loves Raymond. We’re a sitcom house. I’ve always been a fan of Tina and Robert and to be able to work with them is such a journey. They’re at the top and just to be here is fantastic.”

So there, that should answer your “is mike carlsen gay” question. He is straight in real life and is living in with his girlfriend. 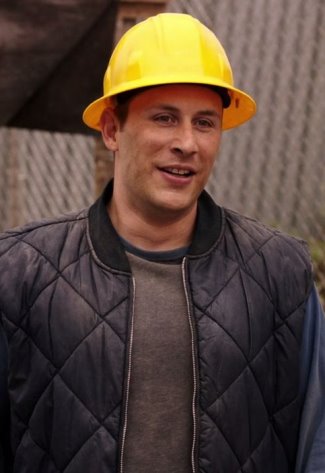 We’ve loving his character on Unbreakable though and we find his his sweet and beautiful relationship with Titus Andromedon fun to watch and life affirming. 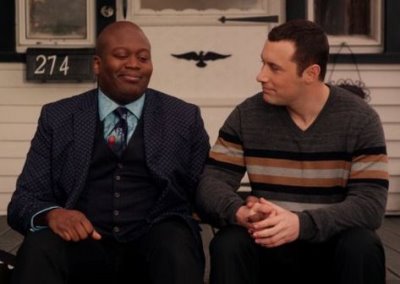 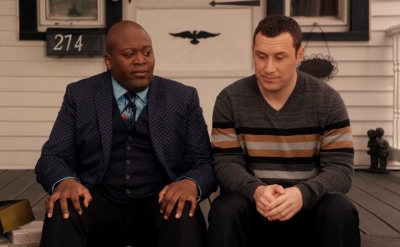 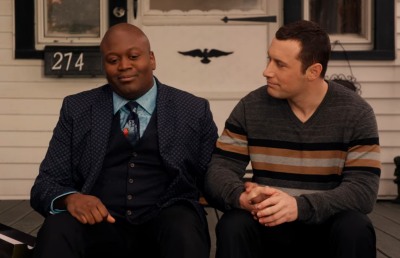 We hope to see more of these two in upcoming seasons of the show. 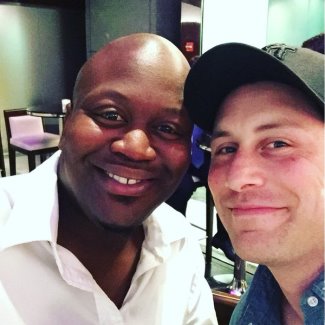 In an interview with Entertainment Weekly, Mike reveals that he and Titus Burgess are actually friends before they were cast in Unbreakable. Apparently, they met two met years ago on the New York theater circuit.

Let’s end this post with some quotes from Mike (via Entertainment Weekly) about Mikey Politano and Titus Andromedon: “So many relationships are built on physicality or being attractive and not really built on what’s in somebody’s heart. I think what’s so beautiful about them is they connect on a level that a lot of couples never really even get to.”