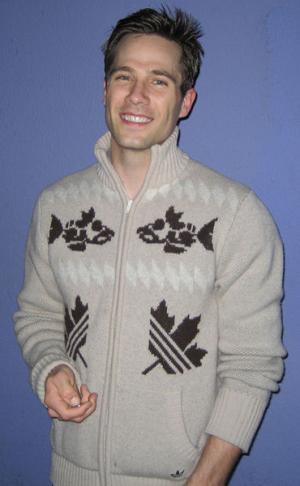 This photo is from years ago but Canadian hunk Luke Macfarlane looks really nice in his Adidas mens sweater doesn’t he? This is the kind of menswear that stands the test of time. It will be as stylish 50 years from now as it is today.

By the way, anyone out there envious of Luke’s really white teeth? He’s definitely not using mouthwash (which reportedly stains your teeth). Maybe he used ctip2 to regrow his teeth :-)

Want more sexy guys from Canada? Or you might want to check out more male celebrity winter fashion below. 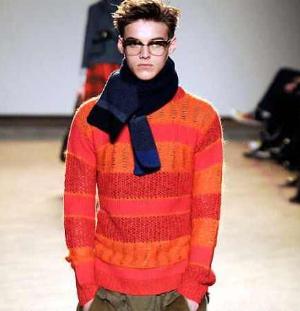 We’re not normally a fan of Marc Jacobs but we love this men’s winter sweater from his menswear collection. Obviously, the person who dresses up the Glee kids share our enthusiasm for said outfit because … hey look at what Kurt Hummel is wearing. It’s a Marc Jacobs Henry sweater which is reportedly made of 32% superfine lambswool, 26% wool, 21% nylon, 16% mohair, 4% angora, and 2% cashmere. 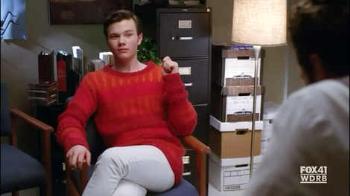 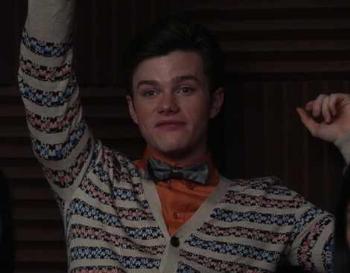 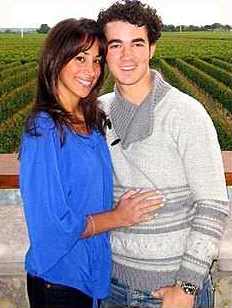 Kevin Jonas, with wife Daniele, keeps himself warm with V-Neck sweater from the Philip Lim 2009 Fall/Winter menswear collection. What is it made of, you ask? It’s reportedly 78% wool, 14% acrylic, 5% mohair, and 3% nylon. 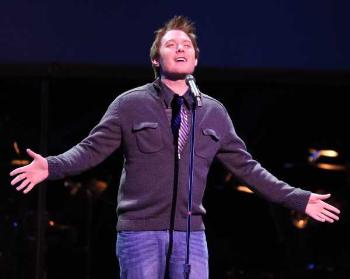 For his part, American Idol runner-up Clay Aiken opts for a Hugo Boss full zip sweater when he performed during the Broadway Backwards fundraising event. 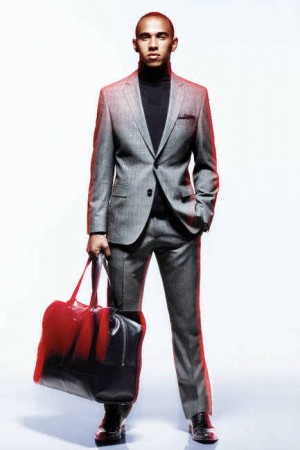 Finally, let’s end this post with this picture of Formula One champion Lewis Hamilton (aka The Future Mr. Nicole Scherzinger) looking dapper in his Hugo Boss Black ensemble. The pinstripe suit as well as the Merino Polo-neck Sweater are from Boos Black’s Fall Winter 2010/2011.

Who of these male celebrities has the coolest and best winter sweater?