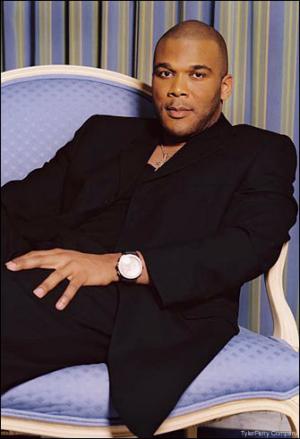 Didn’t we tell you that bald guys are hot? Sure we did and we’ve given you several examples [actor Vin Diesel, MMA fighter Georges St. Pierre, White House chef Sam Kass, etc] to prove our point.

Now here’s another dude we are adding to our list of men with sexy bald head: Tyler Perry, the genius behind them Madea movies. He’s rocking the “bad boy in leather look” as well as the “serious man in suit” look doesn’t he. 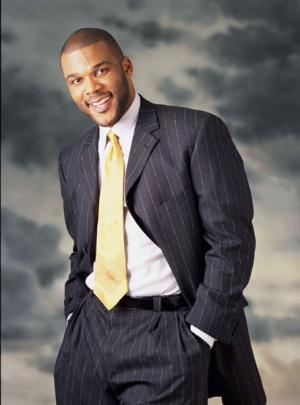 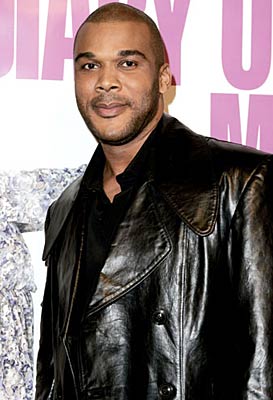 WANT MORE TYLER PERRY? Check out our previous posts about him below: 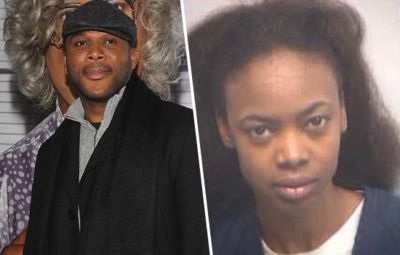 Ahh, the price of celebrity. TMZ is reporting that Tyler Perry had a woman — Dawne Wilson — arrested for her “dangerous stalking”. Dawne claims that she’s just a superfan who is super-interested in Tyler’s career so she frequently visits his production studio.

Turns out that Tyler has obtained a restraining order against this woman so the police arrested her when she violated said order.

Hey look who’s going to buy himself an island when he reaches his 40th birthday? Yup, it’s Tyler Perry. Hey Tyler, we’ve got a message for you. We know the human need for solitude and we know it’s your money and all but, rather than buying an island, wouldn’t it be better to spend your dough on more worthwhile endeavors? Like, uhm, maybe use the money to feed the hungry, house the homeless, heal the sick, and that kind of stuff.

From the Daily Star:

The star of Tyler Perry’s Madea Goes to Jail hits the landmark age on 14 September (09), and he will be treating himself to the ultimate present after realising how peaceful and productive living on a deserted island can be.

Perry, who recently enjoyed a holiday on a private island in the Bahamas’ Great Exumas, says, “I’m a loner by nature, so when I’m out there on these islands, I just feel like the only person in the world.”

Would you know of any other celebrity who has an island all to himself/herself?