Mens Designer Bags Carried By Your Favorite Male Celebrities. What brand of designer bags do your favorite male celebrities like to carry with them? Well, we have here a list of eight famous men and the designer bags they were spotted carrying.

But before we go down our list, you might want to also check out this men’s Tom Ford Bag price list, we posted earlier. Sure, the price may have changed now but you can still make a determination – of what’s cheapest or the most expensive – of the label’s men’s bags.

But let’s get back to these mens designer bags seen on famous male celebrities. We begin with the badas Jude Law and his equally badass Louis Vuitton bag. It’s like he’s saying, “You want a picture of my bag! Go ahead, take a snap. Snap! Snap! Snap! Oh, you also want a quick smack on the lips? Mine is ready for you!” 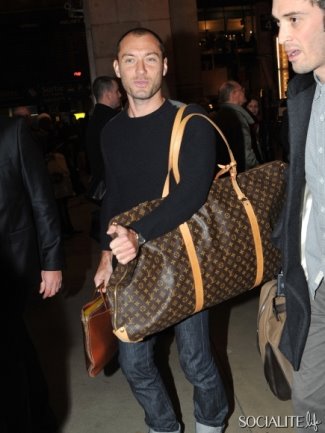 Funny how Jude’s big LV bag makes him look small (and as cute as a schoolboy). 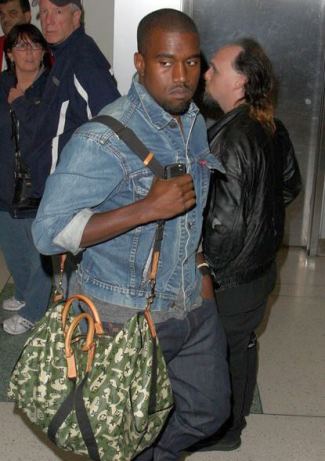 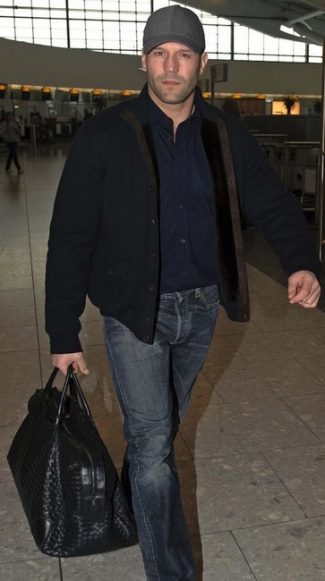 Okay, these is where we ask for help from those of you who are bag label geniuses? Can you ID Usher’s small leather backpack? If you can, do tell who made this bag in the comments. Danke! 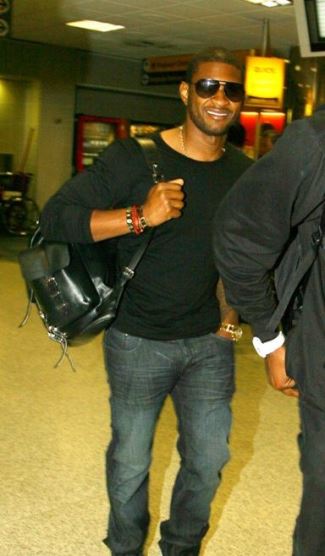 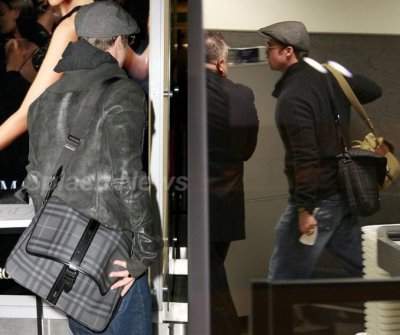 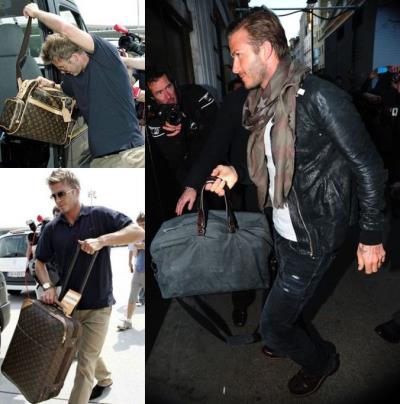 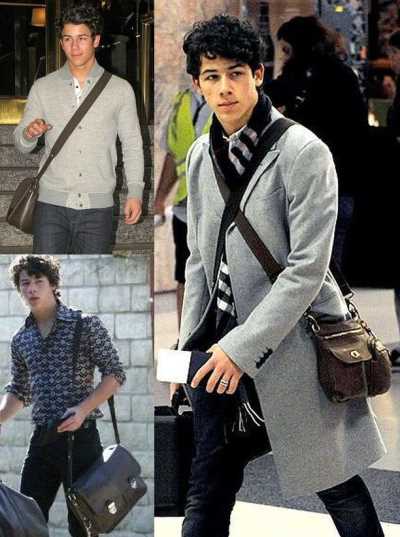 For carrying a man purse, football star Cristiano Ronaldo has received a lot of grief from mean interneters. It does not seem to have affected him though because he still carries around his man purse. We say good for him. 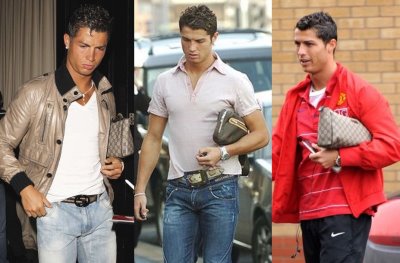 Way to go, Ronaldo! You have a right to carry your manpurse. The fact that you continue to do so despite the criticisms that came your way is a testament to your manliness. Oh, and you’ve emboldened other men to carry their designer manpurses too!

So MensBagWatchers, which of these mens designer bags is your favorite? If you want more bags,go check out these Celebrity Balenciaga Bags.