Max Verstappen Endorsements, Shirtless, Girlfriend. So did you watch Formula 1: Drive to Survive on Netflix yet? We mentioned in an earlier post that we started watching it because of the gorgeousness of Carlos Sainz Jr but we gotta say that we found another imaginary boyfriend on the show. We are referring, of course, to Max Verstappen who drives under the banner of Aston Martin Red Bull Racing. 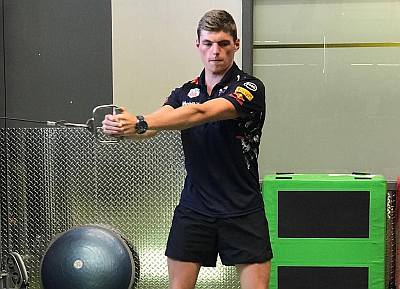 The 22-year-old Belgian Dutch racing driver is already a millionaire by virtue of him being a Formula 1 driver (express.co.uk estimates his net worth to be around $10 million) but endorsements or sponsorships also adds to his bank account. His endorsement/sponsors list include Jumbo Supermarkets, Ziggo Sports, Exact, G-Star Raw, TAG Heuer and, of course, Red Bull. 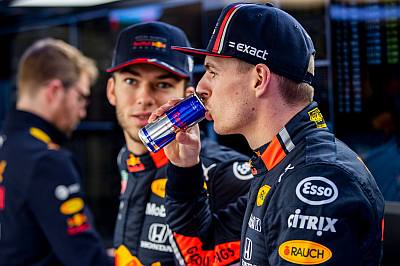 Talking to Ziggo Sport which, for those of you not in the know, a Dutch sports television channel. 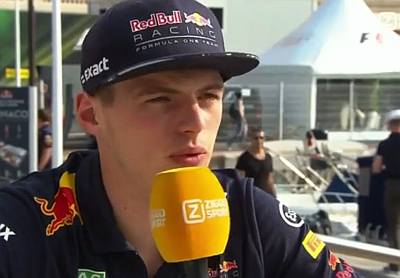 Our Max models a denim jacket for G Star Raw. 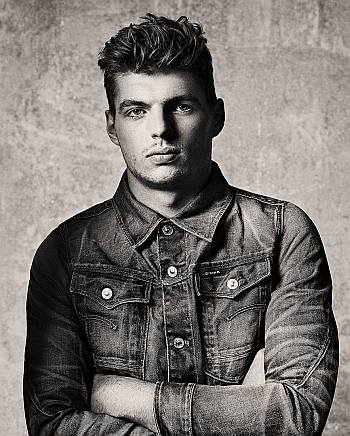 Max and his TAG Heuer. 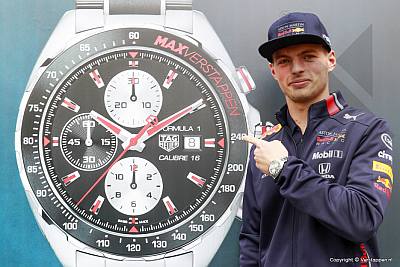 Max Verstappen Girlfriend? So is Max single at the moment or is he dating anyone or is he married? What’s his current relationship status? He is reportedly dating Dilara Sanlik. According to the UK tabloid, The Sun, Dilara is a German student who is currently studying in London.

Anyhoo, here’s a photo of the lovebirds enjoying a holiday together in Hollywood: 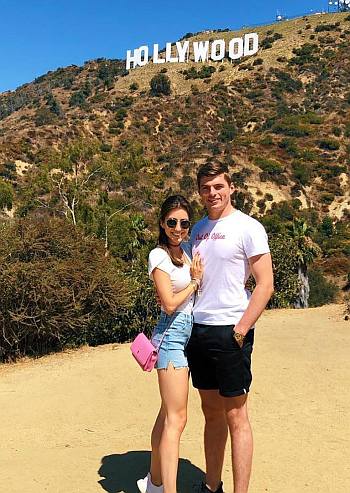 Max Verstappen Shirtless Photos. We know that most of you, our fellow Famewatchers, are thirsty for shirtless photos of hot guys so here are some Max Verstappen shirtlessness. We grabbed some of these from his Instagram account which you might want to follow @maxverstappen1. 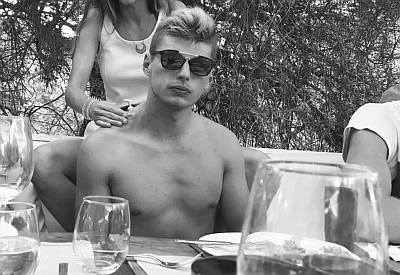 Sans shirt with the boys. Or sin camisa, as our Spanish readers would say. For those of you wondering, that’s him in yellow shorts. 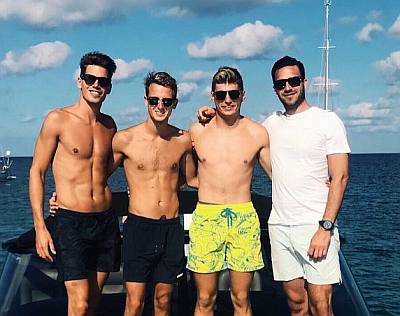 So, what do we like about Max aside from the fact that he does not mind chucking off his shirt? Well, we like the fact that he speaks his mind. For instance, he made headlines saying this about Formula 1’s current top dog Lewis Hamilton:

Lewis is very good, he is definitely one of the best, but he is not God. Maybe God is with him but he’s not God.

Can’s say we disagree with the boy. Of course, Hamilton is not God and most definitely is not unbeatable. Anyhoo, let’s end this post with this photo of Max as a cover boy for Esquire Magazine: 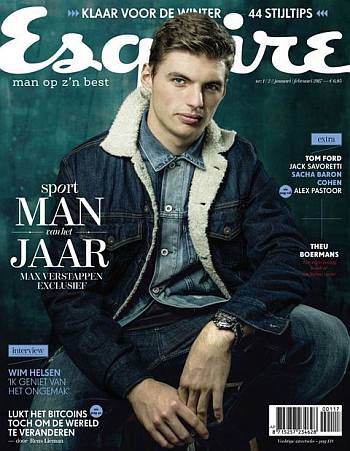